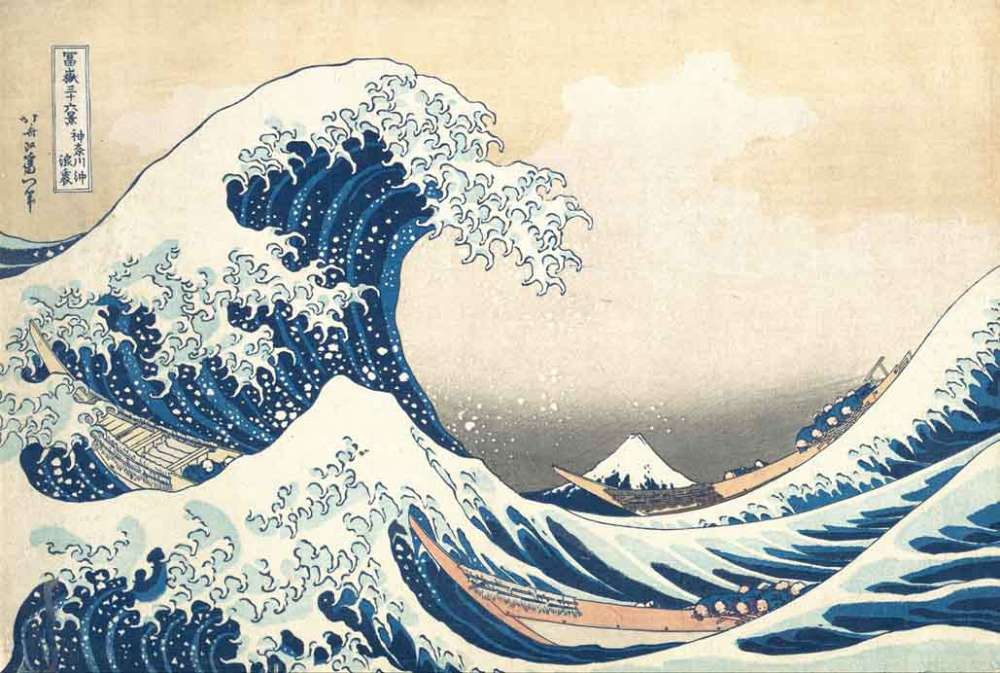 The British Museum pays tribute to one of the greatest artists to come out of Japan with its exhibition Hokusai: Beyond the Great Wave.

Katsushika Hokusai (1760–1849) produced a number of astonishing works right up until his death at the age of 90.  He is renowned for creating some of the most well recognised and visually enriching pieces known to the art world—including Under the Wave off Kanagawa (1832), more commonly known as The Great Wave and one fraction of his revered series Thirty-six Views of Mount Fuji.

The British Museum’s Exhibition, Hokusai: Beyond the Great Wave endeavours to explore the last 30 years of Hokusai’s life—a period in which he created some of his most memorable works. A number of the works that are on show at the exhibition are on a rotation schedule to ensure that no light damage is made to the incredibly delicate paintings.

The Great Wave was just one of the hundreds of Hokusai’s most famous woodblock print triumphs. His depictions of static waves with implied motion is one of the key factors that have contributed to the popularity of these pieces. He took many of his cues from western artwork. His use of twisting shapes and vivid colours—that were once uncommon in traditional Japanese painting—went on to shape the style of many artists that followed, including Vincent Van Gough, and Impressionists Claude Monet and Auguste Renoir.

Hokusai later created a series of paintings entitled 100 Ghost Tales (c.1833) after suffering the loss of his second wife and questioning his own mortality during the later years of his life. This series would become some of his most popular works; they represent more poignant and dejected sensibilities as he chose to depict much colder and bleaker landscapes. Even the inscriptions that accompanied these pieces yearned for more years on his life. Finally, he composed the painting The Dragon of Smoke Escaping from Mount Fuji (1849); this painting is widely regarded to represent the artist’s acceptance of mortality.

Hokusai: Beyond The Great Wave will be running until the 13th August 2017 at the British Museum.