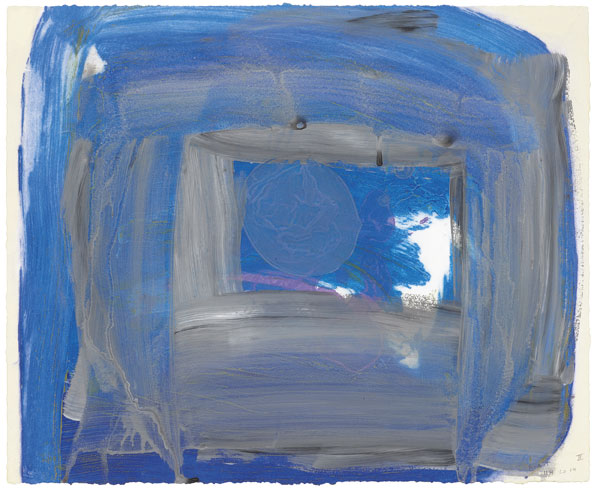 An exhibition of new work by Howard Hodgkin (b.1932), one of Britain’s most celebrated artists, is always an occasion not to be missed.

The exhibition (October 11 – November 15) at the Alan Cristea Gallery, Cork Street, London, will feature 19 new limited editions including a special hand-painted carborundum relief entitled For Alan (2014).  Printed in seven colour variations, the work is a testament to Hodgkin’s close working relationship with gallery owner and publisher Alan Cristea, which spans over 20 years. Exhibited alongside the new works is a unique hand-painted version of the 20 foot etching, As Time Goes By (2009).

Alan Cristea says, ‘If sometimes the works remain resistant to interpretation, the artist’s gestural marks, vibrant colours and evocative titles such as Storm Cloud and Sundown, invite contemplation about encounters with nature.’

‘Green Thoughts’ is accompanied by a fully-illustrated catalogue with an introduction written by author and BBC journalist Andrew Marr.

In 1985 Hodgkin won the Turner Prize and represented Britain at the Venice Biennale. In 1992 he was knighted for his services to the arts. His work has been the subject of numerous major retrospectives around the world, most notably at the Metropolitan Museum, New York, 1995 and more recently at Tate Britain, London, 2006.

Birth of a Museum, the Louvre Abu Dhabi