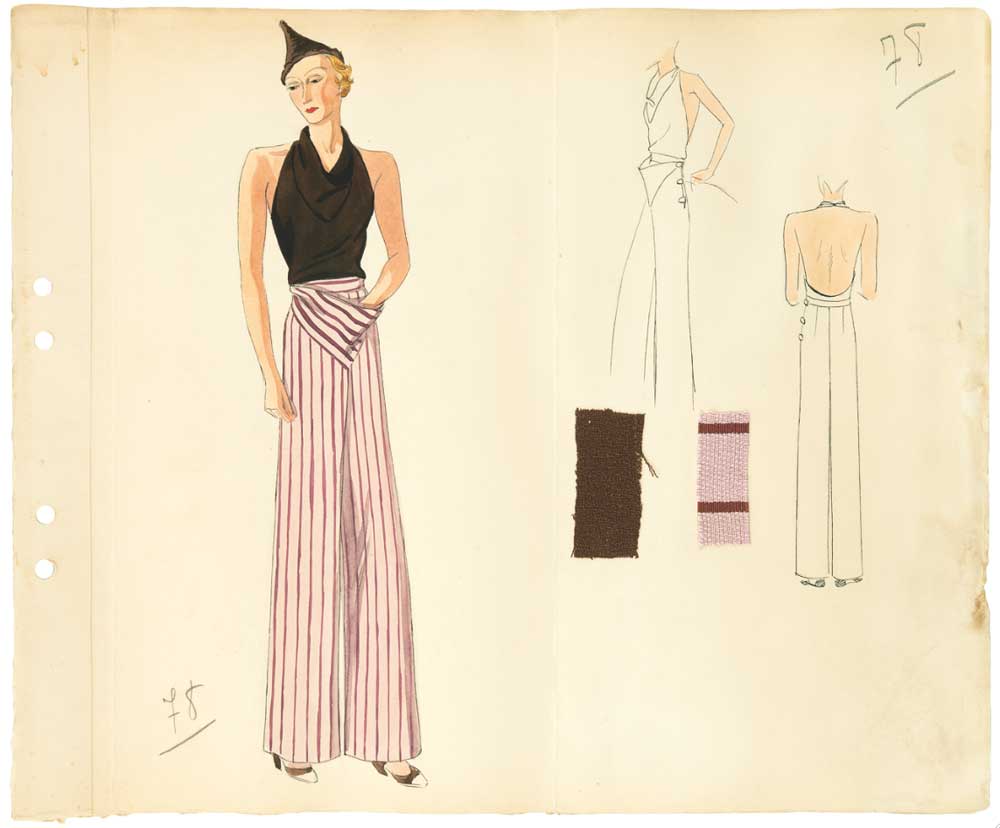 Miniskirts, women in trousers, baggy jeans, female tuxedos and men in skirts. When first introduced in the history of fashion, these ‘breakthroughs’ were received with widespread criticism as they challenged the vestimentary norms of their time. Even sometimes banned when they first appeared, they transgressed the established order and changed the history of fashion—forever.

Every age, season, culture, and economic status has its distinct fashions. In the early history of fashion, in Judeo-Christian culture, clothing has always been related to original sin—Adam and Eve lived naked in the Garden of Eden, and were only cast out when they became conscious of their nudity and covered themselves with garments.

As a result of this, from the Middle Ages to the 18th century clothing had to be sober and discreet—fashion has long been restricted by made-up rules and conventions. Dress Codes will look into how society is expected to comply with these ‘strict’ rules of decorum: dress codes exist for events such as a baptism, communion, marriage, dinner, or reception—even royalty is expected to follow them.

A scandalous painting of Marie Antoinette by famous artist Elisabeth Vigée-Lebrun was deeply criticised; it was deemed ‘unseemly’ because the French queen was portrayed wearing a negligee—a sheer dressing gown.

Why does a man wearing makeup cause such a stir? Throughout the history of fashion, the androgynous look—and exchanges between male and female wardrobes—have often been received with furore. Elsa Schiaparelli, a celebrated Italian designer, became famous for the jumpsuit, and in 1966 Yves Saint Laurent’s tuxedo introduced trousers to the female wardrobe.

Men have also tried to adopt garments regarded as ‘feminine’ and some, such as the skirt, are still not accepted: Girl or Boy? explores the—almost-demolished—gender boundaries and stereotypes in fashion.

By shedding new light on dress codes and fashion taboos, this original and colourful exhibition will seek to answer the age-old question: ‘How should we dress?’. From past to present, the display will show how little known moments in the history of fashion have marked significant turning points of change for this ever-evolving form of art.