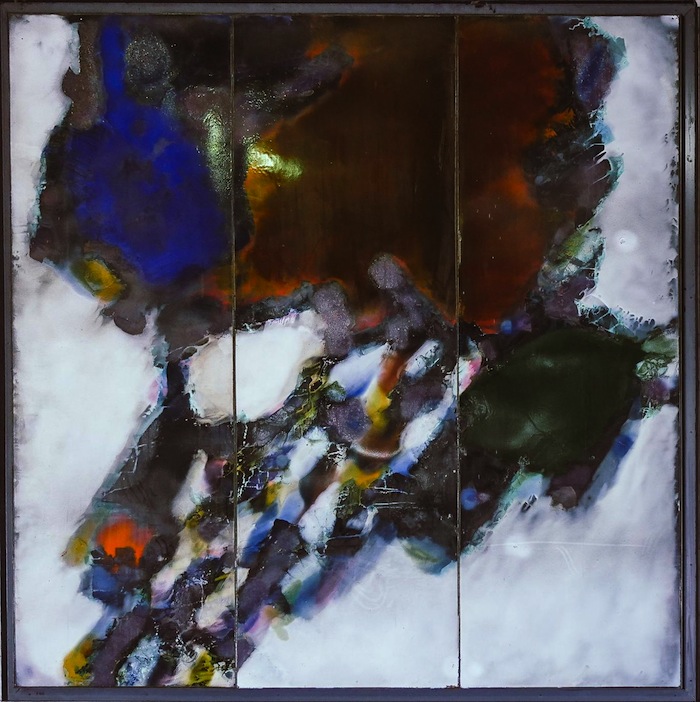 Heathrow Airport will auction off an eclectic miscellany of items from baggage carousels to security scanners from its now-redundant Terminal 1.

The sale, which includes huge clocks, check-in desks, information boards and thousands of seats and cameras, as well as entire escalators, will take place on Saturday 21 April.

Everything from hot water boilers to customs signs will be sold off to bidders who pre-register online through auctioneers CAGP global partners.

The work he created for the airport will be sold in 10 separate lots.

Daniel Gray, of auction firm CAGP, said: ‘At the time it was the biggest short-haul terminal in western Europe and at the cutting edge of technology, so it was fitting that such an important commission should go not only to an artist whose own ground-breaking techniques created new opportunities for artists, but one who had also been a Spitfire pilot and so had even closer connections to the world of flight.’

Mr Gray revealed he expected a ‘broad range of interest’ for the sale, which is predicated to raise a six-figure sum and attract an array of collectors and venue owners.

He said: ‘Some of the signage in Terminal 1 is iconic and bound to attract interest from collectors.

‘Some of the contents has significant historic value and there may even be elements of the furnishing that would appeal to nightclubs or other entertainment venues.

“A sale such as this, comprising the entire contents and infrastructure of an entire major airport terminal, is unprecedented to say the least.”

However, the terminal building is now facing demolition, having closed its doors in 2015 to make way for Terminal 2’s expansion.

The April 21 sale, which is being held at the Thistle London Heathrow Terminal 5 Hotel, will be followed by a series of online auctions of the remaining contents of the terminal.