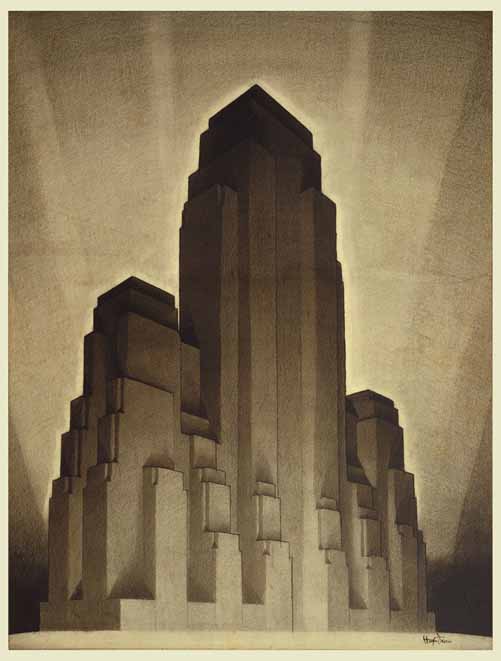 Shining a light on the artistic achievements of women between the end of World War I and the beginning of the feminist movement in the late 1960s, Making Space: Women Artists and Postwar Abstraction features 100 landmark works—many on view for the first time at the famous Museum of Modern Art in New York. Running from 15 April until 13 August 2017, the display—which is comprised of an extremely diverse range of art including paintings, drawings, sculptures and textiles—explores international abstraction. The collection emphasises the contributions women made during the postwar decades, a notoriously pivotal moment in art history, and is organised in five key sections: Gestural Abstraction, Geometric Abstraction, Reductive Abstraction, Fiber and Line and Eccentric Abstraction. (Making Space)

The Charms of Venice

Running from 19 May until 12 November 2017 at The Queen’s Gallery, Buckingham Palace, this exhibition is one of the unmissable events of 2017, and showcases a splendid selection of 18th century Venetian art. Canaletto & the Art of Venice explores beauties of the famous northern Italian city built on canals—with an emphasis on depictions of St Mark’s square, the Grand Canal, theatre scenes and its world-famous carnival festivities. Along with precious works of art created by Canaletto (1697-1768)—Venice’s most famous painter of views—the show will also feature notable pieces from artists such as Francesco Zuccarelli, Rosalba Carriera, Pietro Longhi and Giovanni Battista Piazzetta. (Canaletto)

With a landmark exhibition, the Museo Nacional Centro de Arte Reina Sofia is celebrating the 80th anniversary of the first public showing of one of the world’s best-known historical paintings—Picasso’s Guernica. The show, running from 4 April until 4 September 2017, explores the Spanish artist’s depiction of modern warfare and emphasises the evolution of his work from the late 1920s until the mid-1940s, a period of great historical tumult. Pity and Terror, Picasso’s Path to Guernica features over 180 works of art from some of the world’s most prominent institutions, including the Museé Picasso, the Tate Modern in London, the MoMA, the Metropolitan Museum of Art in New York and the Beyeler Foundation in Basel. The exhibition centers around Guernica, treating the colossal work as a pivotal part of the evolution of Picasso’s art. (Picasso Guernica)

The Fondation Cartier pour l’art contemporain is once again focusing its attention on the world of cars—30 years after its famous exhibition paying homage to the Ferrari. AutoPhoto explores the relationship between photography and the automobile. Running from 19 April until 1 October 2017, the show features as many as 500 works spanning from the beginning of the 20th century to present time and will invite viewers to explore the many aspects of automotive culture from aesthetic, social, environmental and industrial principles. Bringing together works by some 90 photographers from around the world—including William Eggleston, Justine Kurland, Jacques Henri Lartigue and Jacqueline Hassink—the exhibition is divided into seven main sections designed to guide people on a journey through the development of new perspectives in photography. (Auto Photo)

Opening on 10 February—to coincide with the 80th anniversary of the inception of the Solomon R. Guggenheim foundation—and running until 6 September, Visionaries: Creating a Modern Guggenheim shines a spotlight on some of the foundation’s most iconic works. Exploring avant-garde innovations in art from the 19th to the 20th century, this display features as many as 170 works and celebrates the groundbreaking efforts of the arts patrons that shaped the Guggenheim Foundation and made it a forward-thinking institution. Artists such as Paul Cézanne, Marc Chagall, Vasily Kandinsky, Pablo Picasso, Jackson Pollock and Vincent van Gogh are just a few of the big names on show. (Guggenheim)

Art as a Celebration

This colourful exhibition is one of the unmissable events of 2017, running from 24 February until 20 August 2017 at the Musée d’Art Moderne de la Ville de Paris, covers Dutch artist Karel Appel’s entire career from the 1940s until his death in 2006. Known as one of the founding fathers of the CoBrA group—an ensemble of artists who set out to eclipse abstract art, which they saw as too rigid and rational—Appel is best known for his avant-garde style. The display will include a variety of the artist’s landmark works, among them the Carnet d’Art Psychopathologique, as well as other paintings and ceramic sculptures from the 1950s.

Terrace Art: The Interpretation of Movement