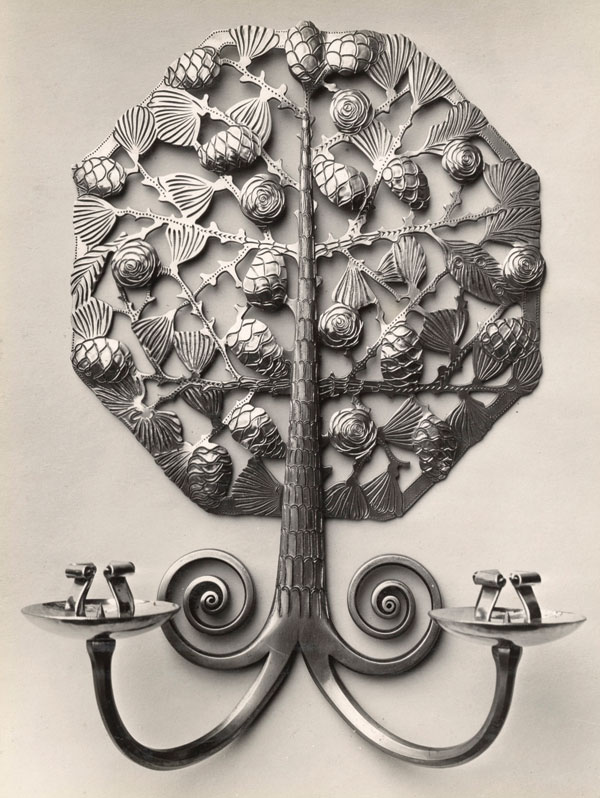 The handmade tradition of fine English furniture blossomed in the early twentieth century, but it was Gordon Russell who took ‘design for living’ into a new phase of creativity.

For connoisseurs of fine English-made furniture, the craftsmen-designers of the twentieth century produced pieces that are eagerly collected today. In the last issue of Arts & Collections we looked back at the Arts & Crafts movement (1880s-1920s), when, at the turn of the century, English furniture makers began producing many examples of fine furniture using (largely) English timbers such as oak, ash, sycamore, yew, and fruitwoods, amongst others. The designs were unfussy and utilitarian, with an emphasis on the finest handmade quality.

Influenced in his early work by Ernest Gimson and the Cotswold School of furniture makers, Gordon Russell (1892-1980) was a young maker and designer who was to take the industry a step forward through his ambition to create well-designed affordable furniture with the skilled use of both hand and machine (machinery having been something of an anathema to his predecessors).

In the 1920s Russell began to exhibit his own designs, first at the Cheltenham Arts & Crafts Show, then at the Victoria & Albert Museum, finally at the Paris Exhibition, where in 1925 he won a gold medal for a cabinet made in the Arts & Crafts style of Ernest Gimson. Gordon Russell’s name began to acquire the status of a quality cabinetmaker. At this time a whole range of machinery was introduced to the Russell workshops for batch production, but the atmosphere remained one of a workshop rather than a factory.

Over the next decade Russell’s focus turned to design, and by the 1930s he recognized the strong trend toward Modernism that blossomed as the Art Deco movement, and in time Russell’s company was considered to be at the forefront of European Design.

During this time Russell was approached by the Murphy Radio Company to design radio cabinets for its growing business. This led to a remarkable series of designs and, at the height of mass production in London, 800 people were employed in making thousands of cabinets, which are now recognized as design ‘icons’ of their time.

The Second World War saw the Russell workshops cease to manufacture furniture and instead turned to wartime production for the Royal Air Force. In 1942 Russell was invited to join the Utility Furniture Advisory Committee and in 1947 he was appointed CBE, the same year he joined the Council of Industrial Design (now the Design Council), eventually becoming its Director. In 1955 Russell was knighted for his services to Design and British industry.

Fine furniture by Gordon Russell is still sometimes available on the open market today, and although pre-1940s pieces are becoming scarcer, to most discerning collectors these pieces offer very sound investment value. For example, in 2009 Bonham’s sold a scarce Gordon Russell yew-wood refectory-style dining table, c.1931, for £4,200, a price that today would be considered an absolute bargain. Similarly, a piece catalogued as ‘An unusual Gordon Russell oak chest, c.1927’, sold for £2,880.