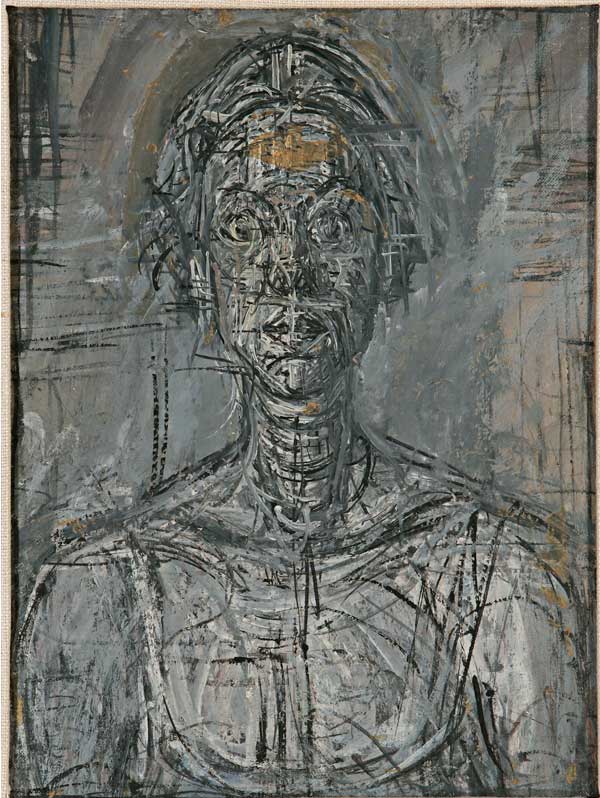 This autumn the first exhibition of Giacometti’s portraits is to open at London’s National Portrait Gallery.

Alberto Giacometti is most famous for his striking spindly sculptures of the human figure. However, while works such as Giacometti’s Walking Man are instantly recognisable, the National Portrait Gallery’s upcoming exhibition will take a different approach to the artist’s work by focusing on his lifelong immersion in portraiture.

The exhibition, which will run from October 15 2015 – January 10 2016, comprises over 60 of Giacometti’s paintings, sculptures and drawings, spanning the whole of the artist’s career.

‘Giacometti is widely celebrated as one of the giants of modern art, but his almost continuous involvement with portraiture is less well known,’ says Paul Moorhouse, curator of Giacometti: Pure Presence.

‘In devoting rooms to his main models, the exhibition exposes the singular, obsessive and intense nature of Giacometti’s portraits. Repetition, variation, accretion and dissolution are revealed as vital elements in his extraordinary vision,’ continues Moorhouse.

According to Moorhouse, the decision to leave out Giacometti’s more familiar work was taken in an attempt to focus on the alternative and less well-known path the artist pursued in relation to his portraiture. In particular, the exhibition will focus on Giacometti’s unique engagement with the human figure and the way in which he represents human presence based on a handful of sitters, including his wife Annette and his brother Diego.

Bank of America Merrill Lynch, with whom Arts & Collections magazine is a media partner, is the sponsor of the exhibition.

‘We have a long-standing relationship with the National Portrait Gallery having supported recent exhibitions including Irving Penn Portraits and Lucian Freud Portraits. We are therefore very proud to continue our partnership through this beautiful retrospective of Giacometti’s work,’ says Andrea Sullivan, Head of Corporate Social Responsibility, EMEA, BofAML.

With the recent record-breaking sale of Giacometti’s sculpture, Pointing Man, the exhibition is sure to attract and captivate visitors, explains Dr Nicholas Cullinan, Director of the National Portrait Gallery.

‘It is fitting that the National Portrait Gallery is staging this major exhibition of portraits by one of the greatest 20th century artists, in the 50th anniversary year of his death,’ he says. ‘Visitors will be able to experience the extraordinary range of Giacometti’s work from modernist master engaging in cubism, expressionism and surrealism, to his startlingly original representation of the human figure in space.’

Christie’s New York sale in May saw Giacometti’s Pointing Man (referred to above) make a new world record for the artist’s work, selling at just over $141 million. The life-sized sculpture of a thin man in typical Giacometti style was created by the Swiss artist in just one night, between midnight and nine the next morning. It was rapidly made for his first exhibition in New York in 1947.