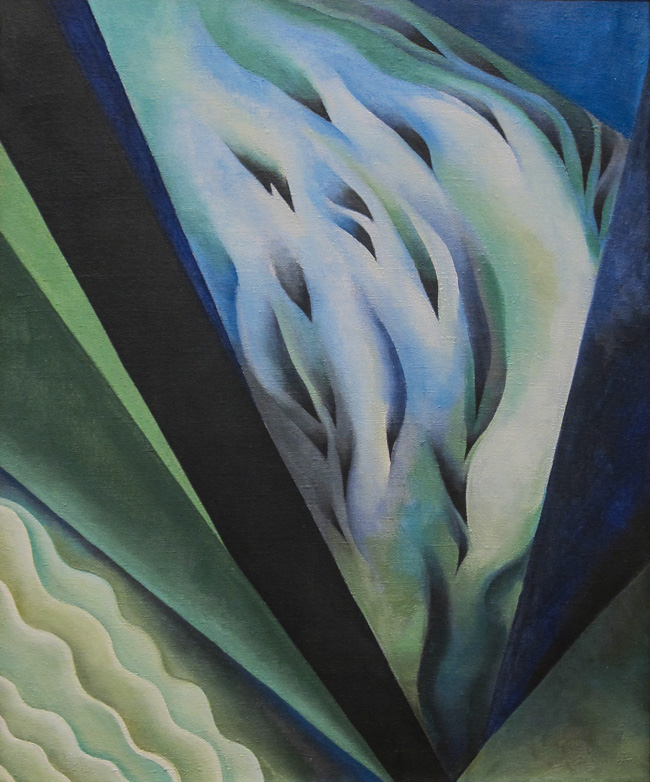 Arts & Collections takes a look at one of the top female artists of all time, Georgia O’Keeffe.

Georgia O’Keeffe (1887-1986) was born in Wisconsin to an Irish father and Dutch/Hungarian mother and was the second of seven children. She studied art and painting from a young age—something her mother encouraged—and attended the Art Institute of Chicago after graduating from high school. O’Keeffe took classes with the Art Students League with whom she won an award for her still life Dead Rabbit with Copper Pot (1908).

She worked as a teacher from 1912 to 1914 in public schools in Amarillo, Texas. In 1915 she worked on a series of abstract charcoal drawings, now considered to be the true beginning of her career as an artist. She sent samples of the collection to Anita Pollitzer who took them to Alfred Stieglitz at his internationally famous 291 art gallery. In April 1916, Stieglitz exhibited 10 of the charcoal drawings.

Georgia O’Keeffe moved on to watercolour, but continued to work in varying levels of abstraction as she captured her emotions in paint. Stieglitz continued to support her art and moved her into a flat in New York. They formed a romantic relationship and went on to marry.

She is probably best known for her paintings of flowers; she created over 200 pieces featuring flowers over the course of her life. Many people link these paintings with sexual undertones, however Georgia O’Keeffe repeatedly denied the fact that these flowers were intended to represent female genitalia.

The Tate Modern held an exhibition in 2016 offering debate into the reading of O’Keeffe’s paintings.

Achim Borchardt-Hume, the Tate Modern’s director of exhibitions, said: ‘O’Keeffe has been very much reduced to one particular body of work, which tends to be read in one particular way,’ he said. ‘Many of the white male artists across the 20th century have the privilege of being read on multiple levels, while others—be they women or artists from other parts of the world—tend to be reduced to one conservative reading. It’s high time that galleries and museums challenge this.’

Earlier this year a cookbook was released based on the artist’s personal recipes—Dinner with Georgia O’Keeffe: Recipes, Art and Landscape. She famously lived until she was 98 years old, making her eating habits not only interesting to art lovers, but the general public too. The writer, Robyn Lea, found that O’Keeffe was an advocate of healthy eating. She preferred organic, home-grown food and went to great lengths to get it. She made her own yoghurt and sourced goat’s milk from local Franciscan priests. Georgia O’Keeffe was a forerunner of the belief that food has an effect on creativity.

Lea said: ‘She really did believe that if you ate something good for breakfast, that had the power to help your creative work, your expression.’

Georgia O’Keeffe spent many summers in New Mexico where she was inspired to paint the sparse landscape and bleached animal skulls.

In May 1946, she became the first female artist to have a retrospective at the Museum of Modern Art.

In the later part of her life, O’Keeffe suffered from macular degeneration—a condition that meant her sight was degraded. It affected her ability to paint; first colours appeared less vibrant to her, then details were harder to distinguish. She continued to paint as long as she could with the help of assistants.

While Georgia O’Keeffe felt misunderstood by male critics, she was an innovator of her time. Her early work stands apart from other artists of the time, making her one of the first to explore pure abstraction. She has left a unique legacy for modern art and female artists. She explained: ‘I found I could say things with colour and shapes that I couldn’t say any other way—things I had no words for.’