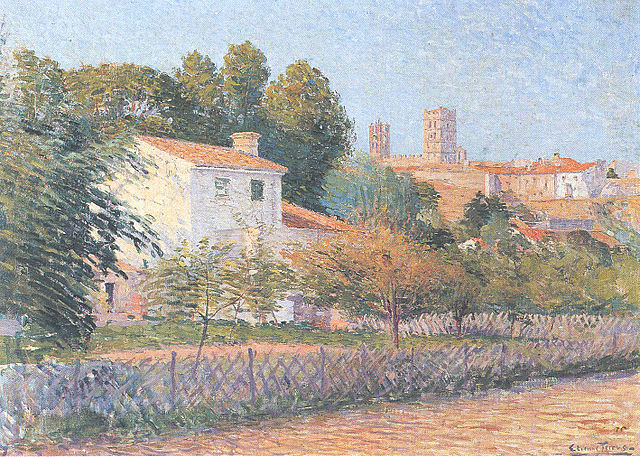 A French art museum dedicated to Catalan artist Étienne Terrus—a close friend of Henri Matisse—has discovered over half of its collection of paintings are fakes.

The museum, which is situated in the commune of Elne just outside Perpignan, had just undergone extensive renovation work and was due a grand reopening.

But an art historian brought in to reorganise the museum following the recent acquisition of around 80 paintings, found that nearly 60 percent of the entire collection was fake.

The local mayor described the revelation as a ‘catastrophe’ for the 8,000-strong community.

‘Étienne Terrus was Elne’s great painter. He was part of the community, he was our painter,’ said mayor Yves Barniol to French media on Friday.

‘Knowing that people have visited the museum and seen a collection most of which is fake, that’s bad. It’s a catastrophe for the municipality.’

He added: ‘I put myself in the place of all the people who came to visit the museum, who saw fake works, who took a ticket of entry, whatever the price.

‘It is unacceptable and I hope we find those responsible.’

Museum staff was unaware of the fakes until the intervention of art historian Eric Forcada, who noticed some of the buildings shown in the drawings and watercolours were erected after the artist’s death in 1922.

Mr Forcada also noticed technical inconsistencies in the way the works were put together.

‘At a stylistic level, it’s crude. The cotton supports do not match the canvas used by Terrus. And there are some anachronisms,’ Forcada said.

Out of the 140 works that made up the collection, 82 were forgeries, according to a group of experts who had inspected the works.

French police have now launched an investigation into allegations of fraud and forgery and have warned other regional artists and museums may have fallen victim to counterfeiting too.

Elne’s mayor insisted that the investigation would continue until the culprits were found.

Largest Modigliani Masterpiece to Sell for $150 Million at Auction