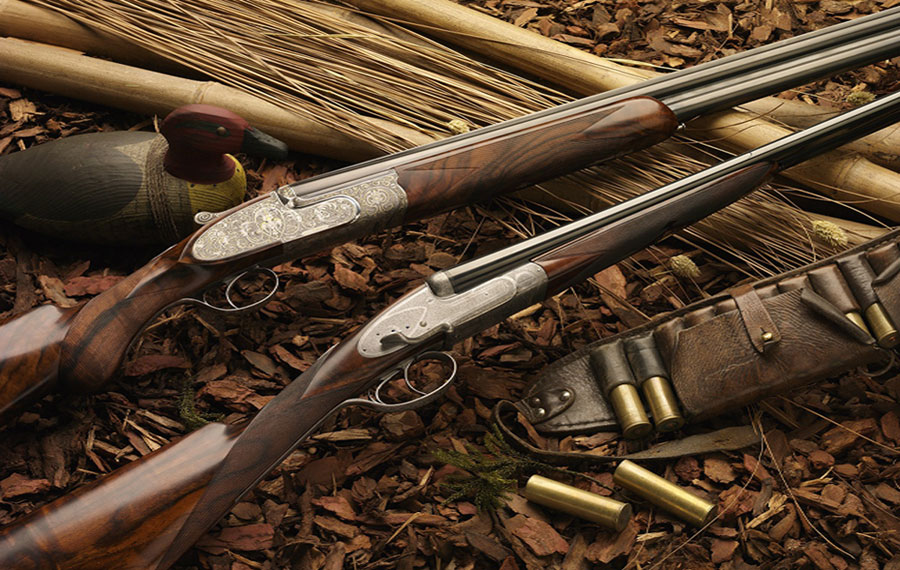 The Piotti company was founded in 1960 in Gardone Val Trompia (Brescia) by Araldo and Faustino Piotti and today are renowned throughout the world by connoisseurs of fine firearms.

The company are probably the only bespoke gun maker in the world able to make any type and calibre of modern shotgun and rifle in their own family run company.

The second generation of the Piotti family now run the company, and all are involved at the workbench producing fine firearms. They are the sons of Araldo, namely Emanuele, Fabio, Sergio and Rudi, and the third generation son of Emanuele is Luca who is continuing the family tradition.

There are 15 craftsmen producing around 50 bespoke shotguns each year for customers from all over the world—customers that know they are getting the best that money can buy. All of the guns are made from solid pieces of special steel and as far as gun making is concerned, more handwork goes into a Piotti than most top end guns. Every part is made in house, including the locks ,barrels and stocks.

The engraving is the only thing which is outsourced—done by engravers Terzi, Pedretti, Contessa to name but a few, that work independently and are recognised as some of the best artists worldwide.

Many customers visit the factory to order new guns and to see the progress of their orders. From the first time they visit the factory they are able to see first hand the passion demonstrated by the craftsmen as they stand at the bench using hand made tools to shape the finest guns in a way that has not changed very much over the last hundred years.

These days, most modern guns are produced using machines so it is quite a privilege to see first hand true craftsmanship. To see this is just one of the many pleasures of having a new Piotti made for you.

The Past Is Always Present