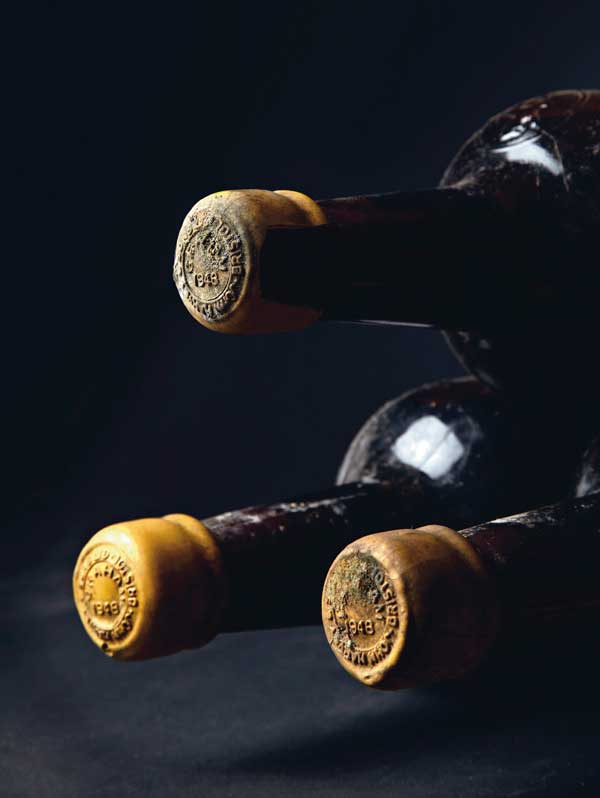 Fine Wines remain a strong favourite as a collector’s item. We take a look at the successful Christie’s Fine Wine sales in 2010, and the highlights of their upcoming auctions.

The concept of wine as an alternative investment, a liquid asset, has fired the wine market over the first half of 2010. Christie’s London March sale was 99 percent sold with over 60 percent of the lots going at above estimate. The June sale of Finest and Rarest Wines in London included a superb collection of rare Burgundy and was 97 percent sold, achieving just under £2 million.

Christie’s first Fine and Rare Wine sale of the Autumn season is in London on September 9. Notably there are first growth Bordeaux from the great 1959 vintage, hailed as one of the most impressive vintages of the decade, if not one of the greatest of the twentieth century. On offer are two cases of Château Lafite at £20,000-30,000 per 12 bottles, a case of Château Mouton-Rothschild at £15,000-20,000 per 12 bottles and a 6 magnum case of Château Latour at £35,000-45,000.

Finest wine sales in Hong Kong continue to grow apace fuelled by the increasing interest of the Asian markets in wine—for collection and investment. The last Christie’s sale on May 29 established a new record for the most valuable wine lot ever sold in Asia; the Liquid Gold Collection—Three Centuries of Château d’Yquem. The unique lot of 128 bottles of rare and excellent vintages from the nineteenth, twentieth and twenty-first  centuries and 40 magnums spanning the period 1900-2005 achieved HK$8 million, a world auction record for Château d’Yquem.

The next Finest and Rarest Wines sales in Hong Kong are scheduled for September and November. True to the current market trend the sales will feature high-end Bordeaux and first class Burgundy from impeccable provenance such as: cases of the classic Château Lafite-Rothschild 1990, estimate HK$80,000-100,000, with imperials (the equivalent of 8 bottles) of the same at HK$70,000-90,000 and the superb La Tâche from Domaine de la Romanée-Conti 1990 at HK$400,000-500,000.

Back in London on October 21, Christie’s inaugural Finest and Rarest Spirits sale includes a superb private collection of whisky. Many rare, Single Malt and Scotch Whisky gems will be on offer such as: three bottles of Glen Grant 1936 at £500-600 per bottle or a bottle of the great Macallan 1945 at £500-600 and two bottles of Bowmore 1964 at £800-1000 each. There are also historic bottles of super-rare, pre-prohibition Bourbon, distilled in the early 1900s.