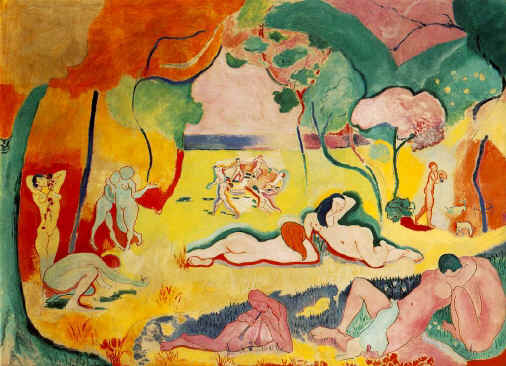 Arts & Collections divulge the details of the stimulating art movement, Fauvism, and the expressive potential of colour. Fauvism was a style that sprouted from a group of French modern artists known as les fauves (‘wild beasts’ in French) in the early 20th century. The prolific works of earlier artists such as Vincent van Gogh and Paul Cézanne initially inspired the movement.

Compared to other artistic movements, Fauvism had a relatively short lifespan, lasting only a few years. Despite its short life, it is widely agreed that the movement was a precursor for other bold styles such as Cubism and Expressionism. One of the core characteristics of the Fauvist style was its fervent attitude to colour. Instead of retaining the realist palette of Impressionism, Fauvist artists used intense colour as a vehicle for representing mood, light and space.

Andre Derain and Henri Matisse were leaders of the movement, famed for their distinctive brushwork, vividly coloured landscapes and figurative paintings. Matisse was greatly influenced by the teachings of Gustave Moreau, a controversial teacher at Ecole des Beaux-Arts in Paris, France. The Symbolist painter taught Matisse, Manguin and Camoin during the 1890s, helping them realise the expressive potential of colour. The visual language of Pointillism was also important to these young painters—especially to Matisse. Matisse synthesised techniques of Pointillism and Post-Impressionism in his work, but steered away from using the subtle hues so prevalent in the art of earlier movements.

The content of the Fauvist era focused primarily on subjects that would appeal to the senses of the viewer, with lighthearted subject matters of rolling hills and carefree figures. Matisse’s Le Bonheur de Vivre (1905-06) is a prime example of this, depicting nude bodies in a forest with sweeping lines and daring swirls of colours.

There was also a later trend in themes of African and other non-western cultures within Fauvist art. In opposition to what the Fauvist artists felt was a constrictive European civilisation, the movement was represented as being in tune with nature.

Above all, Fauvism valued the individual expression of the artist. Their emotional response to nature, politics, oppression and other social topics all came into play. Other notable Fauvist artists include: Albert Marquet, Charles Camoin and Louis Valtat.

If you have enjoyed reading this article on Fauvism, click here to read more on Arts & Collections about the opulent art deco era.