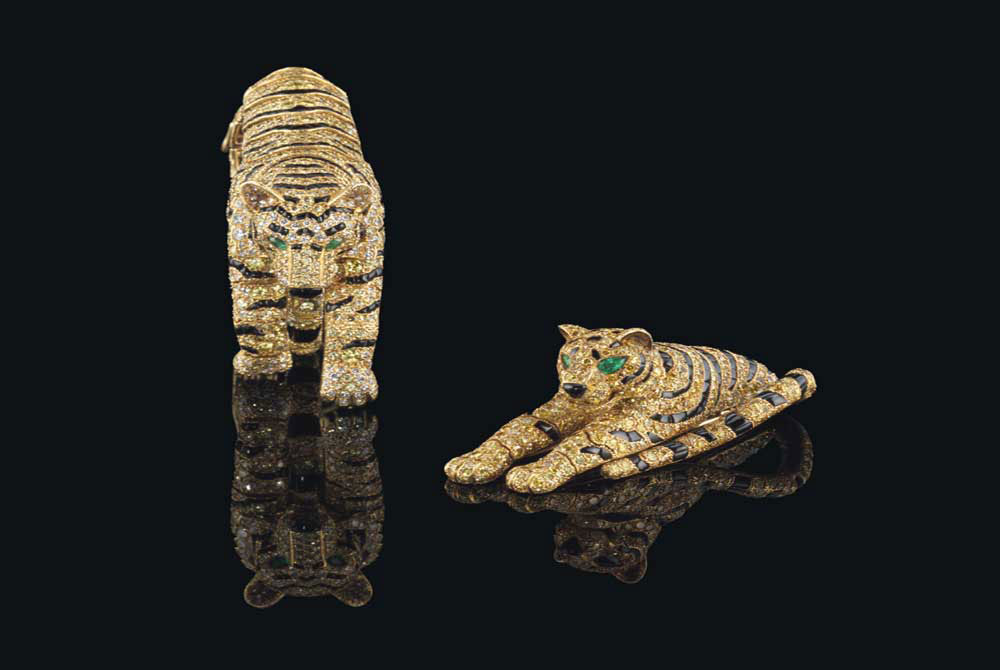 Pieces from Cartier’s ornate ‘Tiger Collection’ have been making quite an impact at auction over the past few months.

At a high profile event in early November, Christie’s achieved over $3.5 million for a tiger brooch and bracelet from the Tiger Collection, both of which boast a star-studded history.

Famously given by the Duke of Windsor to Wallis Simpson in the late 1950s, the rare diamond, yellow diamond, onyx and emerald pieces were later purchased by Andrew Lloyd Weber for his then wife Sarah Brightman, to celebrate the early success of The Phantom of the Opera. Earlier this year, Ms Brightman made the decision to sell on the jewels, gaining plenty of press attention for Christie’s ‘Magnificent Jewels’ sale in Geneva.

As such, it comes as no surprise that another Cartier Tiger Collection ‘Tiger’ clip brooch was also a highlight of Sotheby’s ‘Fine Jewels and Jadeite’ November auction in Hong Kong, with the ‘Tiger Collection’ piece—originally owned by Woolworth’s heir Barbara Hutton—selling for $451,282. This was more than double Sotheby’s estimate, making it one of the auction’s highest bids, and cementing the Cartier Tiger Collection’s leading position among prized 20th-century jewels.