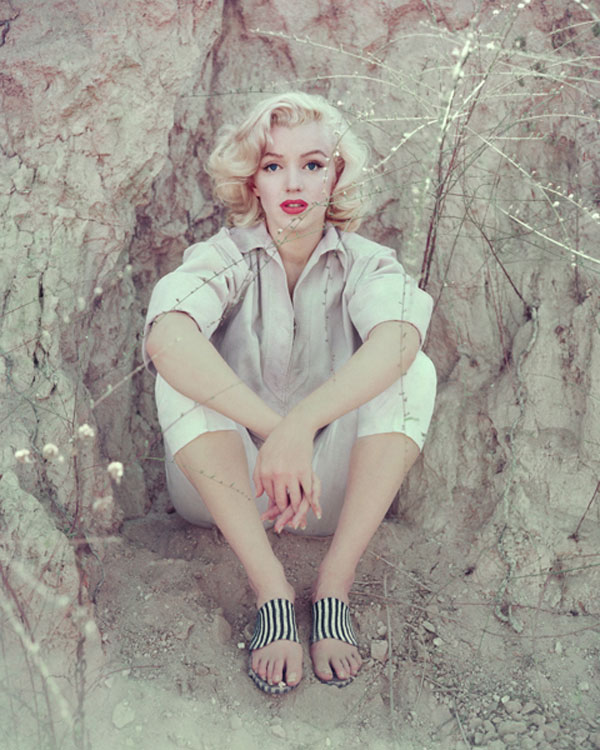 This landmark display, which is set to grace London’s Proud Central from 11 May until 24 June, exhibits images that neatly encapsulate the glamour, charisma and charm that made Marilyn the icon she is remembered as today.

Born in 1926 as Norma Jeane, the actress filmed her first movie when she was just 21. She would not legally adopt the name ‘Marilyn Monroe’ until she turned 30.

Although she may be best remembered for her sensual rendition of the ‘Happy Birthday’ song to President Kennedy and her iconic blowing white dress, Marilyn was much more than that—Milton H. Greene’s portraits seek to demonstrate this.

Greene met Marilyn on a photoshoot for Look magazine in 1953. The photographer, who was already well known for his fashion shoots in magazines such as Harper’s Bazaar and Vogue, was no stranger to immortalising celebrities.

His roster of big names and collaborations include high-profile stars of the era including Frank Sinatra, Elizabeth Taylor and Audrey Hepburn.

After their first collaboration in 1953, Greene and Monroe formed a close bond and business partnership, establishing the company ‘Marilyn Monroe Productions’. This effectively gave the starlet complete control and ownership of her career.

They worked together to debunk the ‘dumb blond’ stereotype Marilyn had gravitated towards. Greene’s Marylin Monroe photographs challenged this image and broadened the public’s perception of the star.

The photographer’s elegant and poignant depictions within this exhibition aptly showcase Monroe’s talent and versatility in front of the camera lens. These large-scale portraits will allow viewers to indulge in the ‘Marilyn Monroe’ fantasy the actress so effortlessly created.

One of the most photographed Hollywood personalities of the 50s, Marilyn Monroe is known all over the world for her beauty, intoxicating charisma and somewhat turbulent life. Her untimely death in 1962 did nothing to her fame but, perhaps, enhance it.

Up Close with Marylin: Portraits by Milton H. Green will be on show at Proud Galleries from 11 May until 24 June 2018.

In the Studio with…Jo Holdsworth