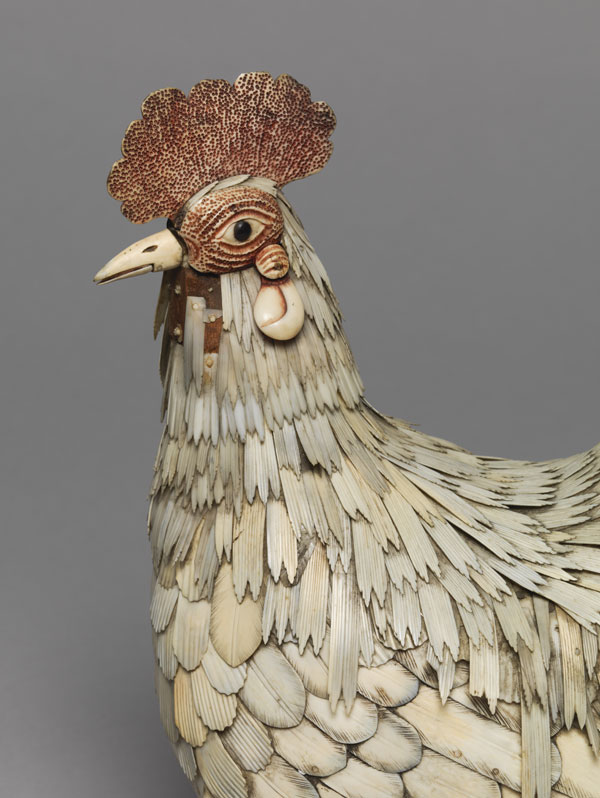 British Folk Art, the first significant exhibition of British folk art at a major institution, will open at Tate Britain on 10 June 2014. Nearly 200 paintings, sculptures, textiles and objects have been drawn together from collections across the country in an exhibition that will celebrate folk art in the UK.

Folk art is an established subject in many countries; however in Britain the genre remains elusive. Rarely considered in the context of art history, ‘folk art’ has been viewed as part of social history or folklore studies. This show will unite an extraordinary selection of objects, exploring the threshold between art and artefact and challenging perceptions of ’high art’.

British Folk Art will include surprising and diverse examples of British folk art, from rustic leather Toby jugs to brightly coloured ships’ figureheads. The imposing larger than life-size thatched figure of King Alfred created by master thatcher, Jesse Maycock, in 1960 is one of the exhibition’s highlights. Others include maritime embroidery by fisherman John Craske; an intricately designed pin cushion made by wounded soldiers during the Crimean war; and shop signs in the shape of over-sized pocket watches and giant shoes.

While much folk art is anonymous, this exhibition will also present works by a number of prominent individuals. Amongst these key figures are George Smart the tailor of Frant, eminent embroiderer Mary Linwood, and Cornish painter Alfred Wallis. Often neglected in the story of art in Britain, the inclusion of these artists aims to reassess their position in art history.

British Folk Art is an opportunity to discover the astonishing wealth of the nation’s regional collections, including works rarely seen in public, many of which will have never been on display before in an art gallery. Encompassing works dating from the seventeenth to mid-twentieth century, this visually engaging exhibition will examine the contradictory notions of folk art, reflecting the ways in which art historians, artists, curators and collectors have defined folk art in the UK.