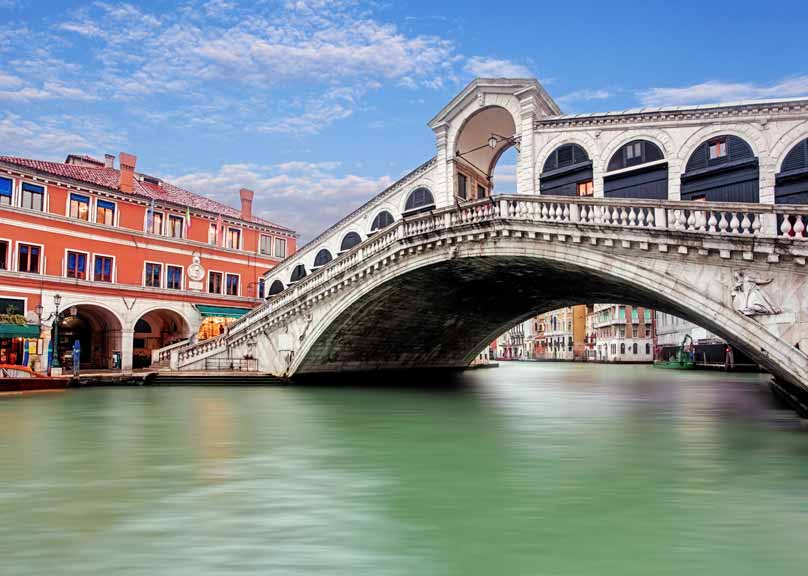 From Rome and Florence to London and Paris, Europe boasts a great variety of cities of culture bursting with artistic treasures.

When one thinks of art and culture in the French capital, the Louvre, Notre Dame Cathedral, Eiffel Tower, Musée d’Orsay and Centre Pompidou are only a small handful of the well-known destinations that come to mind. A trip to the Champs-Élysées—one of the most famous streets in the world—is a must for any visitor.

The avenue, which runs between Place de la Concorde and Place Charles de Gaulle, where the Arc de Triomphe is located, is full of theatres, cafés and luxury stores. For those wanting to revisit history, the stunning Palace of Versailles is a symbol of the absolute monarchy of the Ancien Régime. First built in 1623 by Louis XIII and later extended by Louis XIV, the palace has long been a popular attraction due the grand scale of the building itself, the museum inside—which displays sculptures, paintings and engravings—and its spectacular gardens.

Best known for its iconic ruins, famous buildings and architecture, Italy’s capital is full of cultural, artistic and religious hotspots. The Vatican City, an independent city-state within Rome itself, is worth exploring. Book a visit to the Vatican Museum and Sistine Chapel, where you’ll be able to see Michelangelo’s fresco—The Last Judgement (c. 1535-1541). Visitors will also be able to wander through the Basilica and climb to the top of its dome for a stunning view over the city.

For a journey through time, Via dei Fori Imperiali—located at the heart of the city and running from Piazza Venezia to the Colosseum and the Arch of Constantine—offers a stunning view of the Forums of Trajan, Nerva and Augustus. A great deal of excavations in that area have unearthed priceless relics dating back to the Roman Empire. Art fanatics will want to visit establishments such as Musei Capitolini, Galleria Borghese, MAXXI and the Galleria Nazionale D’Arte Antica where they will find ancient Roman statues, sculptures by Bernini and paintings by Caravaggio.

Home to the most famous royal family in the world, London boasts an extremely diverse arts and culture scene. From the wacky and colourful markets in Camden to bustling Southbank, this cosmopolitan destination offers attractions suited to everyone’s interests. The Royal Academy of Arts, The British Museum and The National Gallery are all unmissable hotspots displaying works of art from legends such as Da Vinci and the biggest collection of Egyptian art outside of Egypt.

As for cultural destinations, visit Buckingham Palace, Piccadilly Circus, Hyde Park and world-renowned Oxford Street to see some of the world’s most pictured surroundings, and to indulge in some luxury shopping and sightseeing.

In this city all the major art and culture attractions are within walking distance, making it a perfect destination for those who love exploring on foot. The Duomo—the cathedral best known for Brunelleschi’s 15th century terracotta-tiled dome—is perhaps its most recognisable symbol. Other highlights are the intricately opulent mosaic-covered ceiling in the Baptistery and Giotto’s bell tower.

Visitors wishing to see Michelangelo’s David (c. 1501-1504) and Botticelli’s The Birth of Venus (c.1480) will have to queue up for the world-famous Uffizi Gallery housed in the Medici Whitehall, a prominent museum next to the Piazza Della Signoria which holds some of the most precious examples of works dating back to the Renaissance period. Lovers of iconic locations will want to visit the city’s hub, Ponte Vecchio—the oldest bridge across the river Arno—which is speckled with shops and offers one of the most breathtaking views of the city. Landmark buildings such as the Palazzo Tornabuoni and Palazzo Medici are excellent historic examples of the heavy artistic influence the Renaissance had on the Tuscan capital and its famous architects.

Venice, the capital of the Italian region of Veneto, is much more than just romantic canals lined with Gothic and Renaissance buildings. The magnificent St Mark’s Place is a marvel in itself—here you will find three of the city’s most important tourist attractions. St Mark’s Basilica, a magnificent example of Byzantine architecture, Doge’s Palace, where the city held its political and judicial headquarters and the famous Clock Tower, which was built between 1496 and 1506.

Some of the most prominent artists during the Renaissance have left their mark in this city: Titian’s Assumption (c. 1515-1518) can be seen above the altar at the Basilica of Santa Maria Gloriosa dei Frari, Tintoretto’s Crucifixion (1565) at the Scuola Grande di San Rocco and Tiepolo’s Strength and Peace and Triumph of Faith (c. 1745-1755) fresco at Santa Maria della Pietà. Explore the contemporary art scene by visiting the Peggy Guggenheim Collection, and take in the great beauty of the city with a trip down the Grand Canal. Spanning the Canal, you’ll see the Rialto Bridge, one of the city’s most recognised structures and also the oldest of the bridges crossing the narrow waterway.

Considered one of the most popular cultural destinations in Europe—and among one of the most famous cities of culture in Europe—Prague offers a stunning city centre, a centuries-long history, palaces, churches and fascinating examples of Gothic, Romanesque, Renaissance, Baroque and Art Nouveau architecture. Visit Powder Tower—one of the original gates into the old town first built in the 11th century—and climb its 186 spiralled steps to get a breathtaking view of Old Town Prague.

In the Old Town Square you’ll be able to visit Tyn Church, a beautiful example of Gothic influence on the city’s diverse architecture scene, and its 80-metre tall towers. The church, which boasts two 80-metre tall towers, was built for foreign merchants coming to Tyn courtyard for trade. For a shopper’s paradise, make sure to leave enough time to explore Wencelas Square, the city’s true entertainment, nightlife and commercial district.

Much of the Czech city’s political gatherings took place here, and today it is the home of the Grand National Museum—exhibiting almost 14 million items spanning natural history, art and music—and the Prague State Opera. After a mere five-minute walk from Wencelas Square, you’ll find yourself near the historic Old Town Square. Here, the undisputed cultural highlight is the Astronomical Clock; an ancient ‘orloj’ that tells Old Bohemian, Babylonian, German and sidereal time as well as the sun’s position on the zodiac and phases of the moon.