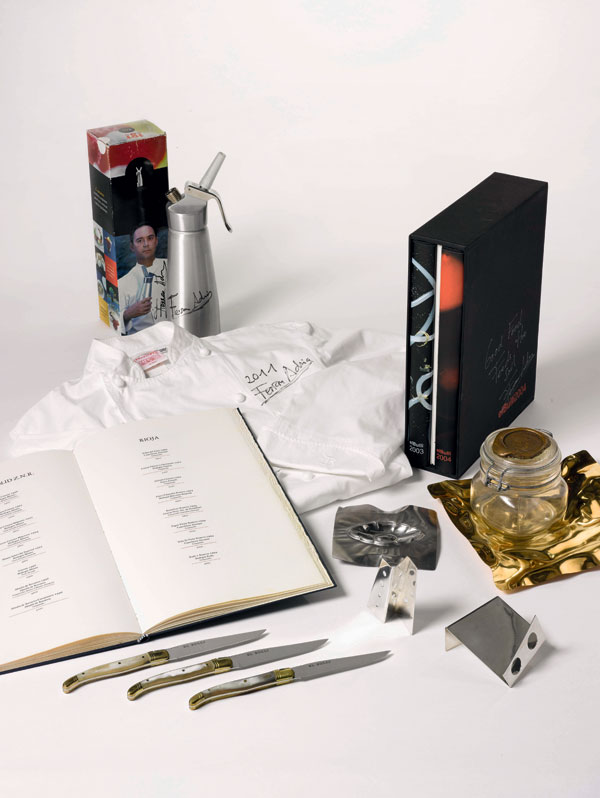 April may be the cruelest month, but for wine connoisseurs and collectors, April promises to be a month of exceptional opportunity, as fine wines come on sale at Sotheby’s from the world’s most famous restaurant, elBulli.

If you didn’t manage to book a table at elBulli, you never will now because the celebrated Catalan restaurant closed in July 2011.

It was restaurant founders, Ferran Adrià and Juli Soler, who are credited with changing culinary history by reworking ingredients with great creativity and innovation. Adrià has frequently been named the world’s greatest chef and elBulli topped the listing of the world’s best restaurant five times. So, why close?

elBulli has now transmogrified to become the elBulliFoundation, an experimental centre looking at the process of innovation and creativity and sharing the results via the new website, Bullipedia. Hence, with the closing of the restaurant comes the sale, in two separate auctions, of a remarkable cellar of fine wines.

Sotheby’s informs us: “The auctions will present collectors all over the world with an opportunity to acquire the wines from his restaurant, some of which were labeled exclusively for the three Michelin star establishment.”

During the two sales, 8,807 bottles will be offered, with proceeds benefiting the elBulliFoundation, which will focus its activity on “creativity”.

Due the transformation of elBulli, from a restaurant to a Foundation, we decided this very special and personal collection should be used to make a founding contribution to help ensure the successful launch of the elBulliFoundation. In order to make this possible, we contacted Sotheby’s, who have already shown themselves to be a very special and enthusiastic partner, immediately understanding the purpose of the elBulliFoundation.

Thanks to Sotheby’s, we now have a wonderful objective: to raise funds for the elBulliFoundation. Both personally, and on behalf of all the elBulliFoundation team, I would like to thank collectors all over the world for their contributions. Also, my special thanks to Juli Soler—this story would never have been possible without his work and dedication during all these years.”

Serena Sutcliffe M.W., Head of International Wine Department at Sotheby’s, comments: “Those of us lucky enough to have dined at elBulli will never forget the extraordinary sensations laid before us. There was both an explosive genius about the food and a calm, professional way in which it was delivered… We are delighted to be able to bring these wines to auction so collectors all over the world can share the enchantment of elBulli.”

Here are some auction highlights

All five First Growths are present in multiple vintages highlighted by full cases of bottles and magnums of Château Latour 2005.