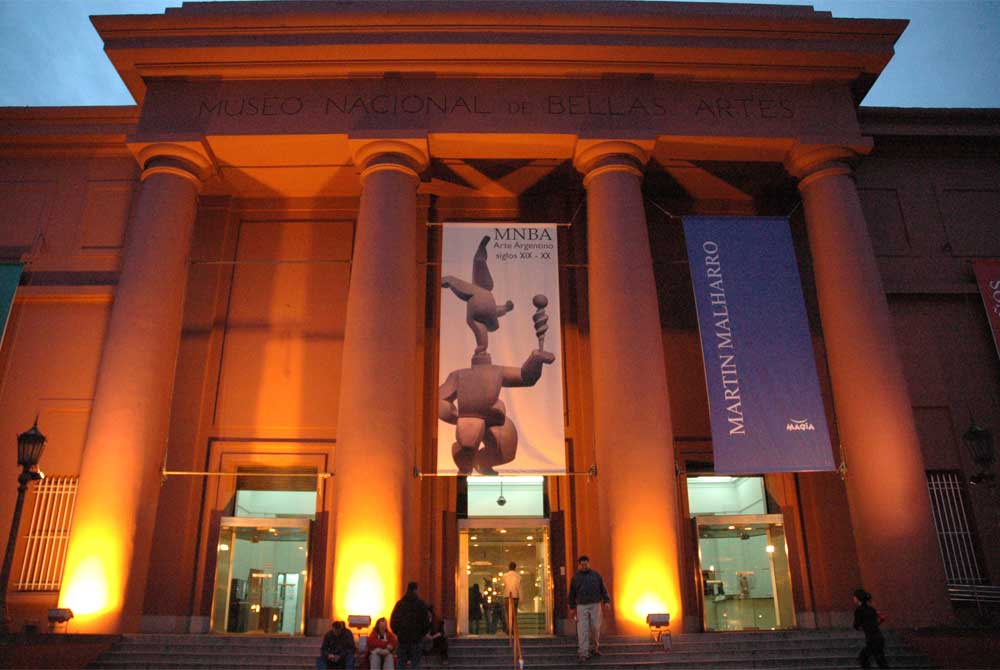 Buenos Aires is a gem in the Argentine landscape, with its diverse culture and vibrant atmosphere. Experience the exotic passions of the tango, seek out antique treasures, or visit world- renowned museums and galleries.

The moment you set foot in Buenos Aires, its buzz courses through your veins – and that’s before you’ve even started on the city’s coffee houses. To soak up the atmosphere, stroll among the elegant stone buildings, dropping into exhibitions and shops as you go. Cultural aficionados in Buenos Aires will find themselves as children in the proverbial chocolate shop! This is a city jam-packed with art galleries and museums alongside theatres, bookshops, and dance venues. Head to the more touristy areas, and you’ll find people performing tango in the street. This vibrancy and passion is all part of the Buenos Aires experience and spearheads the city’s appeal.

MALBA, the Museum of Latin American Art of Buenos Aires, is one of the city’s unmissables for culturally minded visitors. It opened in 2001 and showcases Argentine and Latin American art from the start of the twentieth century to the present day.

The permanent exhibition includes works by Diego Rivera, Tarsila do Amaral, Wifredo Lam and Frida Kahlo. There is also a fabulous arthouse cinema within the MALBA complex, plus the museum organises literary events such as seminars and writers’ talks. For a glimpse ahead of the curve, go to ProyectArte’s gallery, Galería Prima. ProyectArte is Argentina’s premier youth arts institution, which invites a diverse group of youngsters to study with the country’s top artists.

In the second half of the nineteenth century Argentina’s growing wealth attracted thousands of male immigrants who streamed here eager for work. From 1880-90, the population of Buenos Aires almost doubled. These men found their new lives were hard and the women were few. Legend has it they sought solace in the city’s brothels and, within those walls, they struck the first chords of the Argentine music of sorrow, loneliness and unrequited love: the tango.

Though the tango was discouraged by the military regime that ruled Argentina for most of the period from 1955-83, it is now more popular than ever. Buenos Aires abounds with tango shows, classes and milongas (dance evenings). Catch a show at ESQUINA CARLOS GARDEL or the BANDOLA at Gorriti 4918 in Palermo. It’s a chic and intimate space with live shows every Friday and Saturday night. If you are inspired by the whirling, twirling and plunging of the dance, then why not try a class or milonga at La Confitería Ideal or La Viruta in the Palermo district; both these venues also host shows.

For up-to-the-minute information on art exhibitions, theatre, music and tango performances, get in touch with the bespoke travel company, PlanBA. PlanBA is a British company based in Buenos Aires, which can tell you what’s on when. They’ll buy your tickets, and deliver them to your hotel. They will also fill you in on spas, shopping, football and anything else of interest, and tailor personal tours of the city.

Don’t cry for me

Love her or hate her, EVA PERÓN EVITA was probably one of the most glamorous women Argentina has ever known. She was controversial in life, but the drama that surrounded her in death was far more extraordinary. Evita died of cancer in 1952 aged 33. Her body was embalmed—but before the mausoleum to house her was complete, her husband and Argentine president Juan was overthrown and fled into exile. The new military regime hated the Peróns.

They shipped Evita’s body out of the country and buried it under a false name in Milan. There she stayed until 1970, when the incumbent president ordered that she be dug up and delivered to her husband, who was living in exile with his third wife, Isabelita, in Madrid. Perón returned to government in Argentina in 1973 but Evita’s corpse didn’t follow him until after his death the following year. There were plans for another mausoleum in which the two could lie in state together, but the Perónists were overthrown once more. Finally Evita’s body was given to her family who buried her in the elite Recoleta cemetery.

Even if you’re not an Evita enthusiast, the Recoleta cemetery is a wonderful place to walk for an hour—it’s one of my personal must-sees of Buenos Aires. It’s like a tiny, incredibly ornate city whose highly decorated mini-buildings have, for the last 200 years, housed the corporeal remains of the city’s most prestigious deceased. The path to Evita’s tomb is, needless to say, well trodden. For further Evita paraphernalia, go to the Museo Evita on Calle Lafinur, which displays photos, books, films and a selection of her glittering gowns.

Whispers in the trees

While you’re in the Recoleta area, be sure to visit the beautiful BASILICA NUESTRA SEÑORA DEL PILAR, and then take time to sip an espresso beneath the boughs of the great gumtree on the terrace of LA BIELA CAFÉ. The gumtree was planted in 1878, just a few years after the founding of the café itself (it opened in 1850). Now its great branches are so long they have to be supported by crutches. The tree could tell some breathtaking stories if only it could talk.

Kings, presidents and Argentine writers such as Borges and Ernesto Sábato have enjoyed an espresso or a glass of Argentine Malbec beneath its branches. During the late 1960s and 70s, when Buenos Aires descended into political violence, kidnappings and murder, La Biela was a popular meeting place for young activists of both left- and right-wing sympathies. As a result, both sides bombed the café frequently. Today, this is one of Buenos Aires’s most exclusive neighbourhoods and intellectuals, politicians, businessmen and tourists vie for tables on La Biela’s ample terrace.

THE MUSEO NACIONAL DE BELLAS ARTES (MNBA) is one of Buenos Aires’s best-loved museums. It houses works by Argentine artists such as Antonio Segui, Antonio Berni and Xul Solar in addition to European masters including Rodin, Monet and Renoir. Check out the exhibition Signos de existencia: fotografía actual Francia, Chile, Argentina, which brings together a selection of contemporary artists’ work in an attempt to create a dialogue between Argentina, Chile and France; it runs until 20 April. From May to July, there is a display of painting, sculpture, installations, new media and photography from 23 young Korean artists.

JORGE LUIS BORGES is one of the most influential writers ever to come out of Argentina. Born in 1899, Borges grew up in Buenos Aires’s Palermo district. Borges was concerned with issues of Argentine identity; he detested the concept of the ‘State’. In 1946, a few months after Juan Perón was elected president, Borges, who was opposed to Perón, learned that he’d lost his job in a Buenos Aires library and had been redeployed as the Inspector of Poultry and Rabbits in the public markets.

Borges used to frequent the famed Café Tortoni with his literary friends. Said to be the oldest café in Argentina, it’s a wonderfully atmospheric place with marble-topped tables, leather armchairs and stained-glass ceilings. Business in the café is still brisk today. The walls are packed with paintings and drawings that have been donated by artistic clientele over the years. Café Tortoni is located right in the middle of downtown (Avenida de Mayo 825) and it’s definitely worth stopping for coffee here when you’re touring the Plaza de Mayo and its surroundings.

SAN TELMO is touristy but charming nonetheless. Dive down its tiny alleyways and you’ll find artists’ studios and workshops while, on Sundays, there’s a lively market in the Plaza Dorrego and tango in the streets. Nearly 300 stalls sell everything from stamps and second-hand books to jewellery and vintage clothing. For antiques, including South American art, silverware, furniture and other artefacts from the once-grand homes of impoverished aristocrats, pay a visit to Candido Silva on Defensa 1066.

The Museo de Arte Hispanoamericano Isaac Fernán- dez Blanco is a charming museum that exhibits silver, paintings, carvings and costumes from colonial days. Housed in the neocolonial mansion Palacio Noel, most of the artefacts on display came from the private collection of Isaac Fernández Blanco, the descendant of a wealthy family who immigrated to the Rio de Plata area in the eighteenth century. The museum’s pretty tiled gardens are also well worth a wander. The museum is located at Suipacha 1422 in the Retiro district.