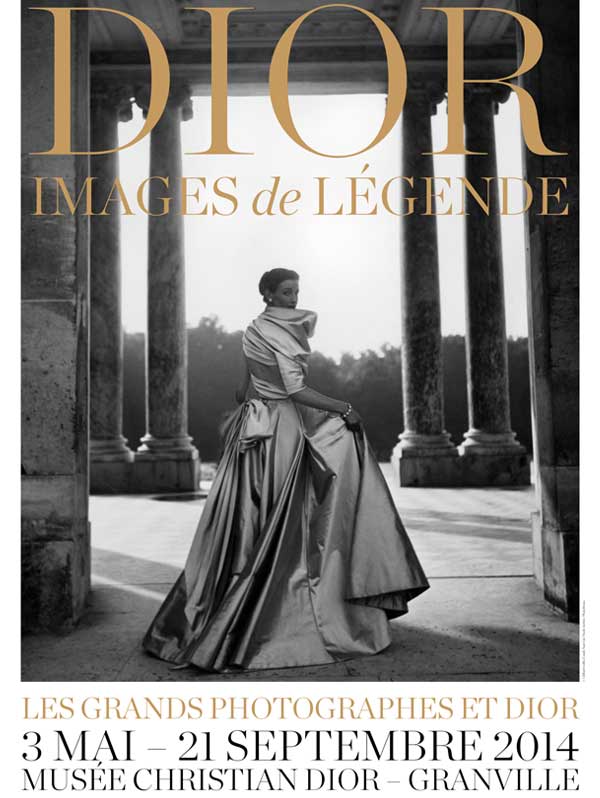 With the exhibition ‘Dior: The Legendary Images—Great Photographers and Dior’, the Christian Dior Museum continued to explore the ties between the world’s most renowned artists and the House of Dior.

Symbolic figures in the House of Dior’s iconography highlight a panorama of more than sixty years in the history of fashion photography. A selection of two hundred photographs accompanied by approximately sixty haute couture dresses and archival documents illustrate the collaboration between the House of Dior and its artistic directors – from Christian Dior to Raf Simons – and more than eighty photography greats from the mid-20th through the early 21st centuries.

The Christian Dior Museum in the Normandy, Dior’s historic homes, and a number of contributors made it possible to bring this project to the villa Les Rhumbs, the childhood home that inspired Christian Dior and informed his fashions. In keeping with the spirit of the last exhibitions Dior: Le Bal des Artistes in 2011, Stars in Dior in 2012, which examined the House’s relationship with the cinema; and Impressions: Dior in 2013, Dior: The Legen­dary Images demonstrates how photography also contributed to Christian Dior’s worldwide success.

WHAT? Dior: The Legendary Images Great Photographers and Dior

WHERE? Christian Dior Museum – Granville, Normandy, France
WHEN? 03 May – 21 September 2014
More: on the website of the museum

'An American Odyssey' by TASCHEN