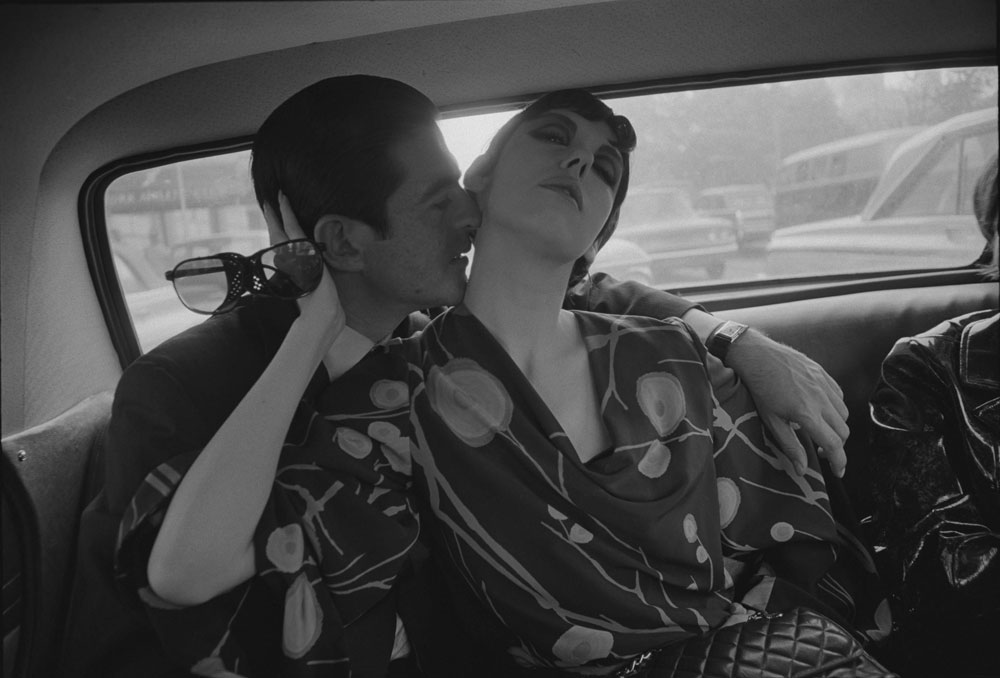 For a brief six years of his life the legendary Hollywood hellraiser showed a uniquely creative talent as a photographer, as a recent series of exhibitions has revealed.

Dennis Hopper knew the hard life and the high life. This was the man who was born on a farm in the mid-1930s American dust bowl, moving on to make a remarkable transition into notable film roles such as Rebel Without a Cause with James Dean (1955), Easy Rider with Peter Fonda and Jack Nicholson (1969), and Apocalypse Now with Marlon Brando and Robert Duvall (1979). In later life Hopper recalled, ‘I was conceived out of the dust and drought. The dying agriculture of the Great Plains. Bread lines. Kansas was dry as a nun’s pipe. Blizzards of topsoil and wheat. They say it got hot as hell right after I was born.’

And for the legendary hellraiser, it did. Those who influenced Hopper in his film career included James Dean, Paul Newman, Marlon Brando, Jack Nicholson, Natalie Wood, to name a few. Earlier, Hopper famously clashed with film director Henry Hathaway on the set of From Hell to Texas in 1958, and as a result Hopper for some time was persona non grata in Hollywood. ‘He figured he was the greatest young actor in the world,’ Hathaway later recalled.

‘Well, he wasn’t. He was a headstrong kid, full of dope and bullshit. He was a self-styled enfant terrible and a pain in the ass.’Also known as ‘one of Hollywood’s great modern outlaws’, Hopper’s walk on the wild side is pretty well known—for instance, he had fired bullets into his Andy Warhol portrait of Mao (which must have delighted the artist)—but his natural talent as a photographer was less well know until a recent run of exhibitions of Hopper’s photographs in New York, Los Angeles, Rome, Málaga, and most recently at the Royal Academy of Arts, London. Here were over 400 images, taken during one of the most creative periods of Hopper’s life in the 1960s.

This was the decade of a huge shift in social values as well as significant political change, and Hopper was in the eye of the storm. With his camera trained on the world around him he captured Hell’s Angels and hippies, the street life of Harlem, the Civil Rights movement and the urban landscapes of East and West Coast America. He also shot some of the biggest stars of the time from the worlds of art, fashion and music, from Andy Warhol to Paul Newman. Between 1961 and 1967 he shot a portfolio of rock stars—Brian Jones, the Grateful Dead, Jefferson Airplane, the Byrds and James Brown—for Vogue magazine in 1965.

In total, Hopper shot around 10,000 images, using high-speed black-and-white film for immediacy, shooting only in natural light and never cropping his images (it was James Dean who told Hopper to  ‘use the still full-frame’). In his limited edition book entitled Out of the Sixties, Hopper wrote: ‘’These are my photos. I started at 18 taking pictures, I stopped at 31. I am 50 now. These represent the years from 25-31… They were the only creative outlet I had for those years until Easy Rider. I never carried a camera again.’

Hopper, who died in 2010 aged 74, not only left a formidable film legacy such as starring in, and also directing, the iconic road film Easy Rider, along with his memorable role as the photojournalist in Apocalypse Now, he has also left us with this unexpected treasure—his passionate and creative frontline images of the social and political energy and upheaval of 1960s America.

Eye of the Tiger

The Ultimate Car for Connoisseurs