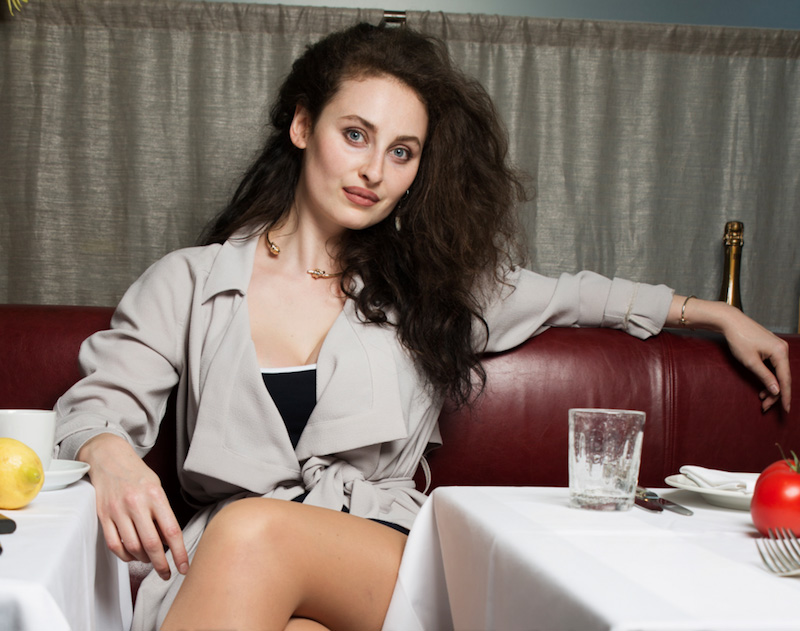 In an Arts & Collections exclusive, Eleesa Dadiani—owner of Dadiani Syndicate and founder of Dadiani Fine Art—reveals her cryptocurrency journey and how she is democratising fine art on the blockchain with Maecenas.

An auction for the people

Self-styled early adopter and inherent maverick Eleesa Dadiani—aka the ‘Queen of Crypto’—is helping to reshape a centuries-old institution. Her multi-dimensional company, Dadiani Syndicate, is partnering with blockchain platform Maecenas to stage one of the world’s first blue-chip art cryptocurrency auctions. The sale, launched today (25 July), will allow Bitcoin bidders to own a share of Andy Warhol’s 14 Small Electric Chairs (1980), the first artwork to be tokenised on the blockchain.

The latest in a series of cutting-edge endeavours, the Warhol auction is one of many projects Dadiani Syndicate is currently working on. The auction’s purpose is twofold. First, it will blaze a trail for those that follow. Second, it will bring the world of art investment to a broader demographic.

‘It has been to some extent overwhelming because there has been a lot of anticipation,’ Dadiani confesses. ‘People are expecting a result from this.’

The crypto enthusiast, who claims ‘money is changing’, reveals people are now waiting to see if the auction succeeds and whether it is possible—through this structure—to attain the market value for a given piece. The pilot sale, which relies on blind trust, will openly validate if Dadiani and Maecenas’ model works. For this reason, it is both an exciting and nerve-wracking time for the Bitcoin buffs.

Bids to secure fractional ownership of the celebrated Warhol work can start from £10,000. ‘We think £10,000 is a reasonable amount to get involved—we still want a level of commitment,’ Dadiani says. ‘There has to be a certain level of investment for it to be fruitful in a few years.’

She adds: ‘We are modelling something that is unique. Because during the stagnation of the art market, as a whole, there are certain types of art that are very well sold—and there is a whole game behind that. It’s a locked, private game.’

The democratisation of art

Through their cryptocurrency auction, Dadiani Syndicate and Maecenas aim to unlock a formerly inaccessible world and bring it to a wider audience by ‘democratising’ blue-chip fine art. For them, the ‘democratisation of art’ is a way to popularise the exclusive world of blue-chip art ownership and bring it into a more accessible sphere.

Through this model, Dadiani explains, more people can participate in a world hitherto closed off to them. This approach, she says, allows people to co-own famous blue-chip artworks, while the artwork itself is still available for the public to view at all times in public museums and exhibitions.

‘We are restructuring what was accepted as the norm before,’ Dadiani says. ‘Before, the art world and industry were enclosed. It was only for certain actors, certain participants, but now we are creating a system whereby more people can participate and, in fact, contribute to the value of art.’

The art dealer of Georgian-Jewish-Russian descent divulges how this democratisation of art permits the wider public to get involved not only from an investment angle but also from a cultural and historical angle—and to partake in something previously reserved for the elite few.

Capitalising on the zeitgeist

For Dadiani, we live in exciting times. It is vital, she believes, to know the current world in which we live before we can appraise any new technology that enters it. ‘This is why it is a very interesting time to be alive to be observing everything that is happening and getting involved—because this is an open field,’ she tells Arts & Collections. ‘There is so much that can be done.’

But how did the so-called ‘Queen of Crypto’ come to know and love cryptocurrency in the first place? ‘Cryptocurrency doesn’t have a specific person that turns to it,’ she highlights. ‘It’s like asking: “How did you hear about the internet?” Ultimately, any kind of person can become interested in cryptocurrency. For me, it’s just because I kept my eyes peeled. And I was interested to see what was out there.

‘I suppose at the beginning, at the outset of the blockchain, there was a very different kind of person that was involved—developers, computer scientists, people like that. But we use blockchain to apply to business, to apply to real-world situations.

‘I came to hear about it because it was there to be heard about. I wanted to know how it worked; what it was; what benefit it would bring.’ Dadiani admits she is fascinated by the monetary system. But she believes crypto has truly made her understand the financial world we live in.

‘I have seen a lot of people go blindly into this crypto thing,’ she explains. ‘And they become very liberal in their approach. The libertarians claim cryptos are going to bring the end of the financial system. But I don’t believe in all that. I think that simply we are entering a very interesting age.’

The ‘wonderful chaos’ of blockchain

Everything that has already been done is now being remodelled using the blockchain, Dadiani argues. For her, we must remodel all existing structures, all existing systems and business models, on a new, blockchain foundation.

‘Suddenly, right when you need it, there is chaos, again,’ she says. ‘Everything was becoming so structured, so privatised; it felt there was no space for anything new. And then, suddenly, there is this new technology. And with it came wonderful chaos—whereby it does feel lawless in some sense.

With her novel approach to selling art, Dadiani believes she is undoing what she refers to as the ‘privatisation of history’, whereby important items of historical interest are reserved for the select few to enjoy. ‘We are practising the consensus model this way—because the public has consented to [the artwork] being on public display, rather than in somebody’s possession,’ she explains. And all this, she maintains, is made possible through the blockchain. For Dadiani, therefore, Blockchain is both the catalyst and facilitator of much-needed change within the sphere of fine art ownership and finance.

What about the critics?

Not everyone is on board with Dadiani’s iconoclastic vision. Her ideas have been met with varying degrees of scepticism. ‘There is scepticism because it is a novel way of doing things,’ divulges the cryptocurrency champion. ‘And there is always scepticism with any new way of doing things. And that is just the way of the world.’

She adds: ‘A lot of people are averse to change. But in this instance, when it is so pervasive, when it is so big, you can’t ignore it.’ And curiosity, Dadiani confirms, often outweighs any doubt. She shares her ideas with her art dealer friends who are very curious to learn: ‘You’d think to yourself they would be the last people who would want to know about it but, in fact, they were the most eager.’ So there is no telling, Dadiani argues, who will respond with criticism and who will want to embrace the esoteric world of digital investment.

Still, despite the naysayers’ utterances, Dadiani maintains cryptocurrency technology will enter the mainstream very soon. In a nod to its imminent legitimacy, she reasons: ‘The way of the future is decentralisation. This is what people are starting to see. The banks will embrace this technology as they are currently trying to do. We can see the trajectory and we are certainly heading there.’

Read more on Arts & Collections: Cryptocurrency: The Future of the Art World?, Behind the Mask: An Interview with Lincoln Townley and Marcelo Garcia Casil Demystifies Cryptocurrency and Blockchain.