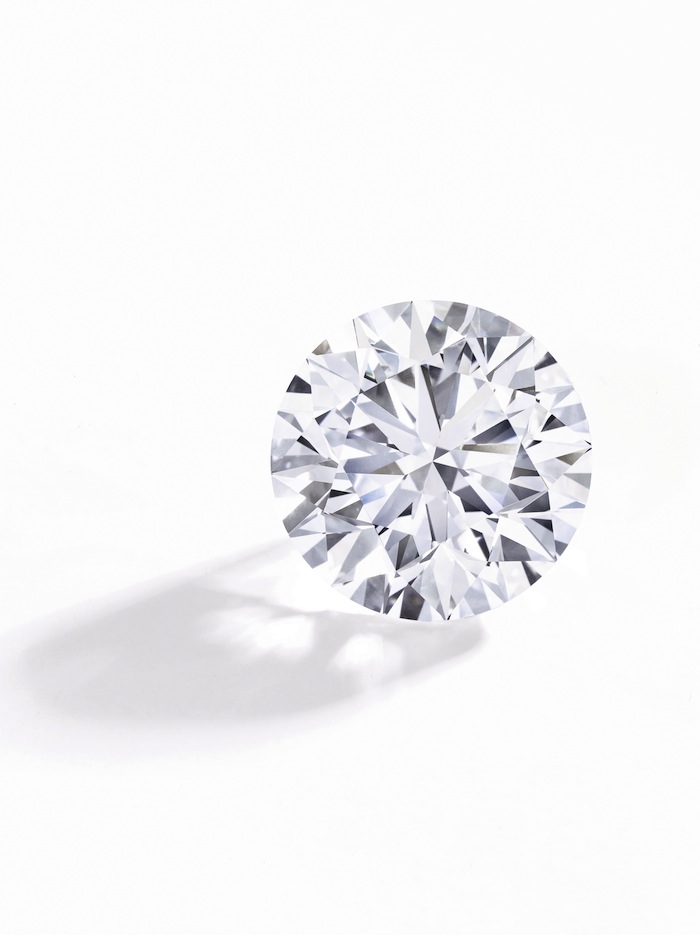 An extremely rare and pure 102.35-carat diamond was sold to a private collector through Sotheby’s Diamonds this February (2018).

The price paid for the exceptional jewel—which achieved perfection in all critical criteria:  colour, clarity, cut and carat—far exceeded that of any colourless diamond sold at auction.

Speaking of the sale, she said: ‘When the new custodian of this stone first beheld it, they were—like everyone else who has seen it—completely captivated.

‘It is hard to believe that something so ancient (these stones are as old as the earth itself) can be so alive, so full of fire and blinding brilliance.

‘A rarity in the mythical world of 100-carat stones, this diamond is a wonder of nature and of man’s ability to shape nature’s creations into an object of ultimate beauty.’

Following the sale of the stone—described by Sotheby’s as the ‘purest white diamond known to man’—Sotheby’s is unveiling two new ‘perfect by all criteria’ diamonds (for sale in Geneva on 15 May.)

The combined value of the two stones, which both weigh over 50 carats, making them the largest of their kind ever to appear on the auction market, is estimated in excess of $15 million.

Both diamonds are D colour, flawless and type IIa, which means they are of the same calibre as the 102.34-carat stone sold privately through Sotheby’s Diamonds.

Similarly perfect, the second stone weighs 50.39 carats but is oval, rather than round; it, too, is the second-largest diamond of its shape to ever come to auction.

The brilliant-cut diamond is estimated to fetch between six and seven million pounds.

And the oval diamond will be offered with an estimate of 5.3 to 5.8 million pounds.

On the Geneva sale, David Bennett, worldwide chairman of Sotheby’s International Jewellery Division, said: ‘Having witnessed the enormous effect of the 102.34 carat stone on those who saw it, we are now thrilled to bring to the market two more truly exceptional stones, both of which are among the largest, highest quality white diamonds ever to come to auction.

‘Diamonds like these have always captivated collectors and connoisseurs alike and continue to do so today.’