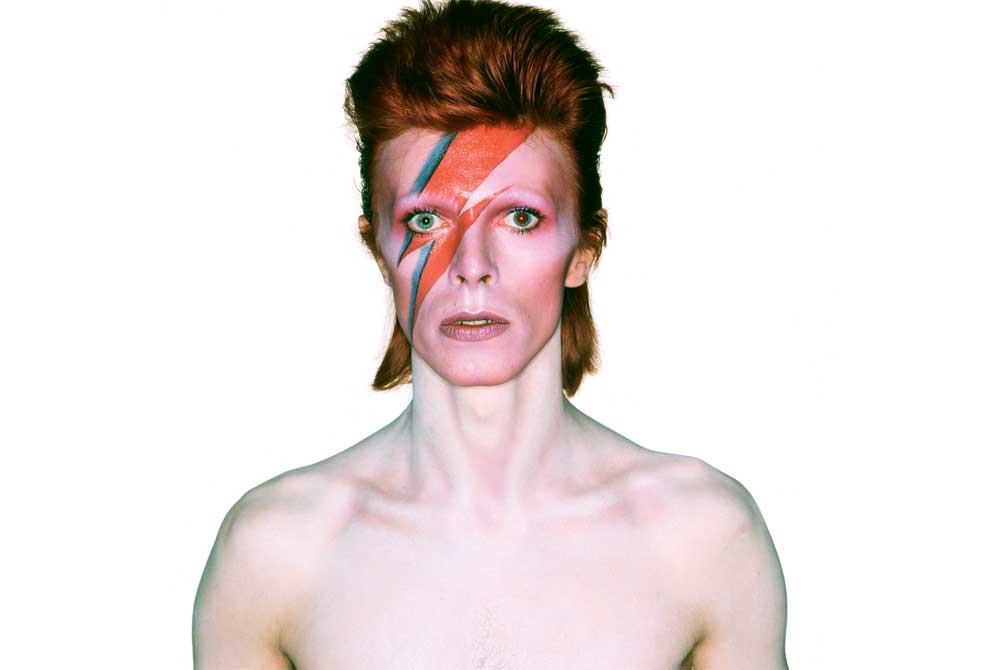 David Bowie is back after a 10-year silence with a recently released new song on his 66th birthday via the Internet.

The single, entitled Where Are They Now, from the upcoming album, The Next Day is a slower, more reflective side of the typical colorful stage persona we’ve grown accustomed to, but it is still a classic step for Bowie in his aptitude for surprising the public and raising the stakes.

“He happens to be a pop star but I would say his impact is as an artist and cultural icon,” says Victoria Broackes, the co-curator of the David Bowie retrospective at the Victoria & Albert Museum, London. Bowie’s career spans a staggering 50 years and in that time he has proven a profound ability to reinvent and showcase his flamboyant facets—musician, performer, writer, actor, mime-artist, record producer—a rare feat for very few artists in the business.

In an exhibition on David Bowie’s career, the V&A were given unprecedented access to the artist’s archive. The museum are eager to show the significance of Bowie—even now—by bringing some of his most thrilling moments to the present and revealing his vast connections.

David Robert Jones—as he was known before his stage name—was born in 1947 in Brixton, South London. He appeared on the music scene in 1969, with Space Oddity. In the next three years he was to reinvent his persona and come back in 1972 with the album The Rise and Fall of Ziggy Stardust and the Spiders from Mars.

The combination of this album, the creation of his alter ego, Ziggy Stardust and his style—wearing multi-coloured clothes, patent boots, orange hair and bold make-up—is still seen by most as the visually poignant moment that changed youth culture and rock music forever. It was also an act of freedom by Bowie, particularly with his performance of Starman on BBC One’s Top of the Pops, which then gave youth culture the release and nod of approval needed for movements like Glam Rock to surface in the UK.

Broackes explains why: “At a point when the gay rights movement was just emerging, he presented an alternative masculinity. Gorgeous, successful, adored by millions and apparently gay, Bowie changed people’s mindset.” In addition to figures like Vivienne Westwood who were instrumental in driving change in the 70s punk rock era and famously quoted: “I was the first person to have a punk rock hairstyle,” Bowie was also a symbol of that rebellion, which screamed out on the streets of London.

Broackes says Bowie “channelled the avant-garde into the populist mainstream without compromising its subversive, liberating power,” and adds that this side of the artist, who influenced major trends of his generation, will be featured in the exhibition as well. “The exhibition will demonstrate how Bowie inspired others to challenge convention and pursue freedom of expression: while we can’t all be David Bowie, we can now dress and express our sexuality however we want.”

He encouraged change and his progressive stance on style, art and technology is often the most alluring for his followers. Martin Roth, Director of the V&A, said: “Bowie is a true icon, more relevant to popular culture now than ever. His radical innovations across music, theatre, fashion and style still resound today in design and visual culture and he continues to inspire artists and designers throughout the world.”

Read on The Legend of Zelda and Classical Opera.

The V&A will present the style, the lyrics and never before seen objects, giving fans and enthusiasts an insight into the artist throughout his career. They will not only cover rock and pop as part of the Theatre and Performance strand; they will also use “broader collections to reflect the breadth of Bowie’s influences, his artistic output and his ongoing significance across visual and virtual culture.”

The museum hopes to use this exhibition to do something completely different to other exhibitions. “Working on turning the narrative into the design has been terrifically exciting. Our intention is to present something truly groundbreaking in terms of presentation, which is why we’re working with innovative designers, 59 Productions and Real Studios, best known for their work on the London 2012 Olympic Opening Ceremony and in opera,” says Broackes, who goes on to comment about the form the retrospective will take—using prominent moments in the artist’s life.

“The exhibition is not chronological, but it does kick off in post-war London and the suburbs because that seems to be such an important part of his identity. Other than that, we were keen to look at his work thematically so there are sections on his influences, his impact and on performance, live, on stage and in film. We conclude with a section looking at the wider world: David Bowie is all around you.”

While digging through Bowie’s archive, the V&A found fascinating items for the exhibition, some of the best will include film footage, paintings and hand-drawn sketches by Bowie himself. Fans can also look forward to seeing and experiencing the costumes and the lyrics close up. As realised by Broackes, it will all have quite an impact once the public come face-to-face with objects made famous by Bowie. “It’s extraordinary how seeing an object that you know well from a film, comes to life in your mind, even when you’re looking at the static object in an archive. It’s fantastic to see in the flesh a costume or pair of boots that you may never have seen except on screen or far away on a concert platform.”

‘David Bowie Is’ exhibits at the V&A from March 23 – August 11, 2013, in partnership with Gucci. Sound experience by Sennheiser.