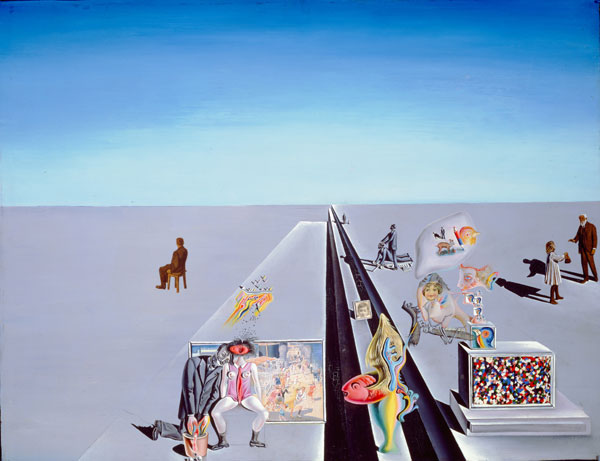 The Royal Academy’s new exhibition—Salvador Dali/Marcel Duchamp—unveils the fascinating backstory of an unlikely friendship between two of the greatest artists of the 20th Century. Superficially, the pair couldn’t be more dissimilar. Duchamp is famed for being the master of conceptual art, and Dali, is known as the deliciously eccentric father of Surrealism. But, despite their opposing styles, it’s clear that the two shared similar attitudes to art and life. Both men were united by a shared humour, a skepticism for the world around them. This urged them to push the boundaries of conventional art and delve into new realms of creativity.

Some of the artists’ most famous work will be showcased along with some lesser-known pieces. Approximately 80 works have been sourced from private and public collections to fill the exhibit. A room of collaborated works will also feature, replicating an exhibition Salvador Dali and Duchamp took part in together in Paris in 1938. The Royal Academy’s space is teeming with fascinating objects: photographs, painting, sculptures and relevant documentation. These are used to frame the artistic conversation that resonates through the entire retrospective. Topics of eroticism, games, optics and language seem to be a common thread amongst the display’s body of work. The show will appear in London from 7 October 2017 until 3 January 2018.

If you ahve enjoyed this article: Salvador Dali and Marcel Duchamp: An Unlikely Friendship’, click here to read more on Arts & Collections about the history of the colour green.

Winston Churchill: The Artist Behind the Politician