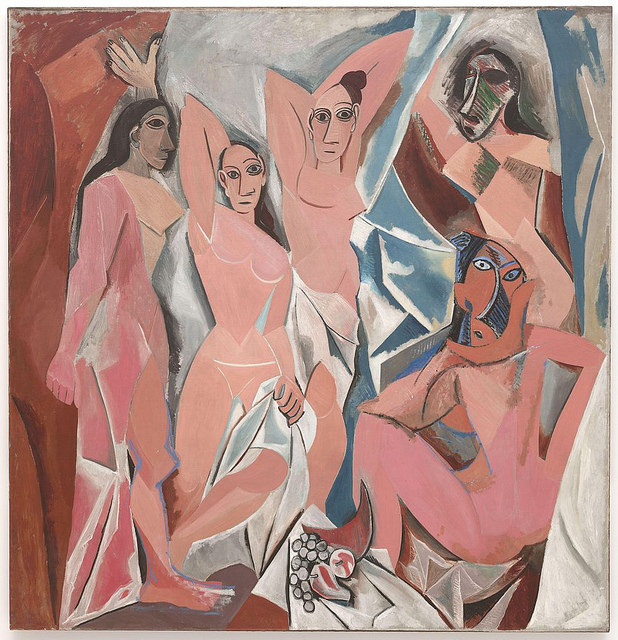 Arts &Collections investigates one of the most outstanding and influential movements of the modern era—Cubism. Changing perspectives of what art could accomplish and resemble, the movement transformed the face of the art world forever.

1907-08 was a monumental turning point in the history of art; artists were turning their backs on the realistic portrayals that had been so vigorously preached throughout the Renaissance period. Cubism’s birth in the 20th century was said to have been brought about by the artists Pablo Picasso and Georges Braque. Picasso combined his original concepts of Cubism with various other artistic influences, one of which was African tribal masks. He admired their stylized depictions of faces, which spurred him to envisage the human face in a less naturalistic way. Cubism was also influenced by the work of Paul Cezanne; artists followed his example of exploring multiple perspectives. Other significant artists of the movement include Salvador Dali and Juan Gris.

The term ‘Cubism’ was coined after critic Louis Vauxcelles famously described a collection of Braque’s paintings that were displayed in Paris in 1908 as reducing everything to ‘geometric outlines, to cubes’.

Realistic models of figures and truthful ideas of perspective were scrapped in place of modular images with angular lines. Cubism was said to have opened up possibilities in regards to perceptions of objects and figures. Subjects were broken down to show different viewpoints simultaneously, suggesting their three-dimensional form in alternative ways. This purposeful technique was also meant to emphasise the canvas’ two-dimensional nature on which it was placed.

One of the most notable works within the era is Picasso’s Les Demoiselles d’Avignon (1907). It posed as a striking change to the norm—in regards to both content and method. While nudity wasn’t frowned upon in art, the sexualised postures of his subjects and primitive manner of the piece certainly turned a few heads. The women are depicted as flattened objects rather than three-dimensional ones, broken up with geometric shards. This bold work by Picasso received a lot of scrutiny at the time but it did, however, lead to his eventual collaboration with Braque. Les Demoiselles d’Avignon is now considered one of the most prestigious pre-Cubist pieces that led the style.

Cubism had two very distinctive phases: the initial analytical Cubism phase and the later phase known as synthetic Cubism. The first phase ran from 1908-12, the latter lasted from 1912-14. Analytical Cubism involved more harsh lines, interweaving planes and a dull colour palette of browns and greys. Synthetic Cubism was characterised by a brighter palette with simpler shapes. Another common trait of the synthetic style was the use of collaged elements within the work such as scraps of newspaper.

Cubism paved the way for other forms modern art that followed; it directly used real life objects and changing perspectives in revolutionary ways. While it was originally met with distaste and confusion, it is now, decades later, widely adored and considered a pioneering style.

If you have enjoyed reading this article: ‘Cubism: Changing Perspectives’, click here to read more on Arts and Collections about Degas’ new exhibition at the National Gallery.

New exhibition of Degas at the National Gallery

Yeats Family Collection to Be Sold at Auction