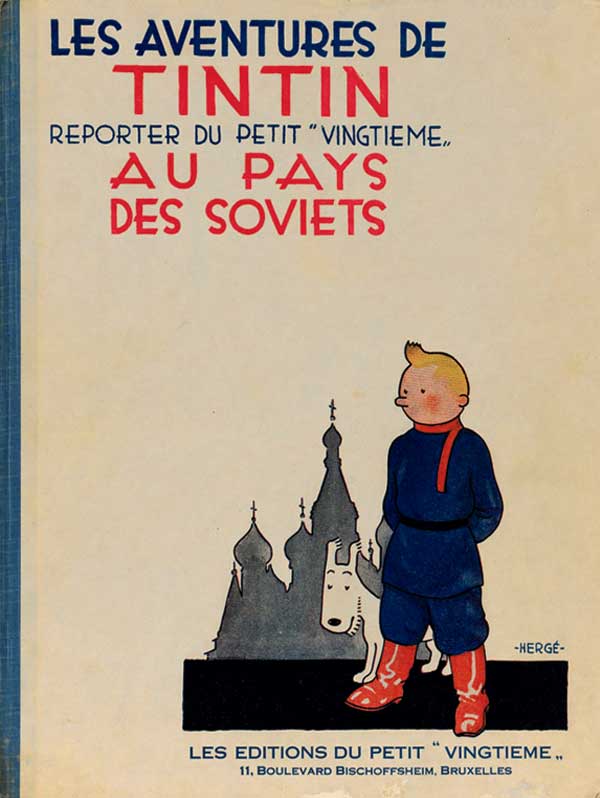 Sotheby’s first venture into comic strip auctions saw many bidders nostalgically travel back to their youth as childhood classic comics, such as Tintin, went under the hammer.

The Parisian mid-summer Bande Dessinée sale certainly paid off for Sotheby’s, with sales reaching almost €650,000. Translating as the ‘band of drawings’, the sale featured a collection of rare and highly anticipated drawings from the world’s most recognised comic book artists.

The comics that were once bought with pocket money for only a few pence from the corner shop, were transformed into tens of thousands of euros as bidders fought viciously to claw back their youth.

Jean-Marc Thévenet was the specialist in charge of the comic strip sale. Having been the editor of Pilote magazine in the 1980s and also the director of the International Comics Festival of Angoulême from 1998 to 2006, he has long been associated with the world of comics. His experience stood him in good stead to hold Sotheby’s first sale completely devoted to comic strips.

Commenting on the sale, Thévenet said: ‘The auction reflected our conviction that comic strips have become an art-form in their own right.’

He added: ‘The inaugural sale at Sotheby’s had great success. Many people attended the exhibition, the worldwide media covered the event widely and it achieved strong prices.’

In fact, Thévenet was so pleased that he went on to say: ‘The average lot value was €23,900 which is high when you compare it to the prices achieved by the main competitors.’ These normally reach around €4,000.

What was perhaps most interesting about the sale is how well the older works did against the more modern drawings.

Thévenet commented: ‘The prices were strong also for the living artists from all around the world, such as Lorenzo Mattotti.’

Unsurprisingly, Hergé’s work received the highest bids. Thévenet described him as ‘the most sought-after artist in comics sales.’ His highly anticipated original 1941 drawing of L’Etoile Mystérieuse sold for €234,750.

During his colourful writing and illustrating career, Hergé, whose real name is Georges Prosper Remi, had work published in over 23 comic books in The Adventures of Tintin series. His art featured numerous times during the sale. Other present works at the sale included the first Tintin piece that Hergé ever produced, Tintin in the Land of the Soviets (1929) and also The Crab with the Golden Claws (1944).

Bids for Land of the Soviets outran the estimated price of €40,000 when it sold for an impressive €48,750. However, unfortunately bids for The Crab with the Golden Claws didn’t quite meet the expectation and it failed to find a buyer.

Despite this disappointment, the auction proved that with the top sale of L’Etoile Mystérieuse and also with the successful release of Steven Spielberg’s latest film, The Adventures of Tintin, that the iconic comic-book character and his lovable dog, Snowy, still hold the hearts of the public.

Other fictional characters to see success at the auction included an original drawing of the French comic, Le Gorille a Bonne Mine that was drawn by André Franquin while he was at the peak of his career in 1956. It sold for €70,350.

The sale featured some of the rarest comic strip art works, such as the exceptional cover of La Déviation by the French comic strip artist Jean Giraud aka ‘Moebius’, who passed away in March earlier this year.

Paintings, full-length stories and unusual works, such as the amazing Milou poetry album containing Hergé’s earliest drawings also featured. In total, about 100 comic art works were present at the sale to highlight the history of the comic strip phenomenon and the artists’ relationship with the visual arts.

With such an enviable collection of comic strip art work, Thévenet said: ‘This sale included a great overview of historical and avant-garde artists.’

With Sotheby’s toe now dipped into the pond of comic strip sales you can place a sure fire bet that it will not be long before they return. Although Thévenet was careful not to give too much away, he did reveal that the grand auction house has already started discussing a second comic book auction, although no date has been set.