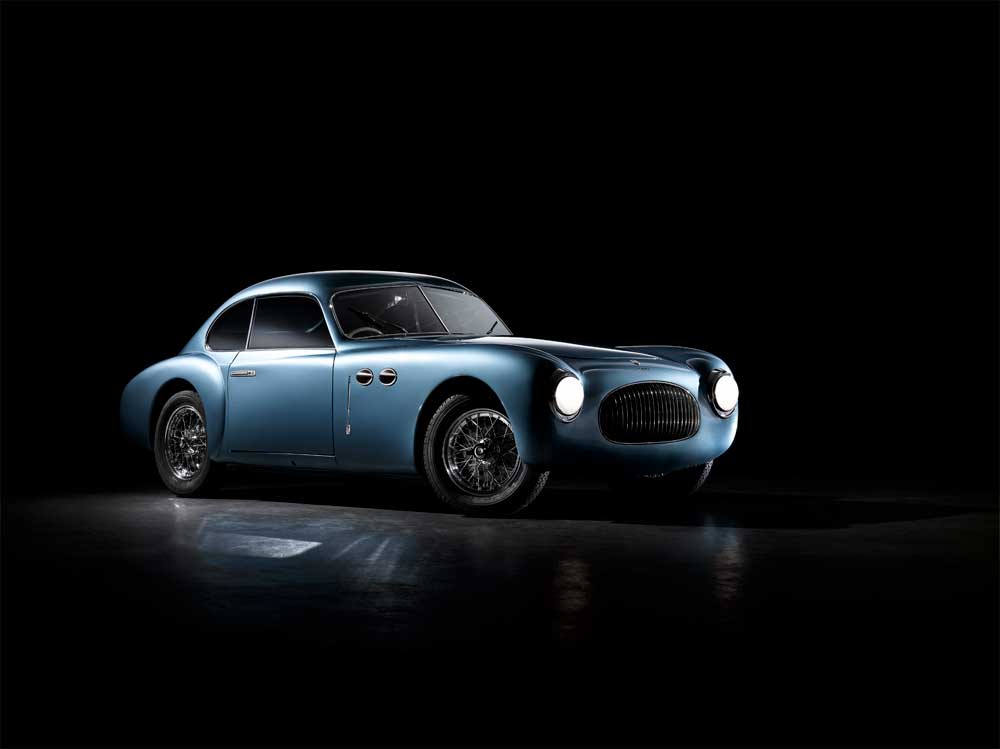 Classic cars of special rarity and quality are proving to be a strong attraction for collectors and investors.

Some of these ‘super classics’ have even attained the status of works of art. For example, Fritz Kaiser of Kaiser Partner who owns a Cisitalia ‘202’ SC, 1947, reminded Arts & Collections in a recent interview that the same model (1946) has been on display at the Museum of Modern Art (MoMA) for sixty years. Designed in 1946 by the Italian car designer and coachbuilder Pinin Farina, the two-seater Cisitalia ‘202’ SC was an aesthetic and technical achievement that transformed postwar automobile body design.

Fritz Kaiser is Chairman and majority owner of Kaiser Partner, a wealth advisory and management group looking after some $25 billion of assets, headquartered in Liechtenstein. He is also the founder of The Classic Car Trust, which he says ‘takes care of major classic car collectors by offering them the full specialist consultancy service package—a kind of classic car collector office.’

How well do classic cars perform as a long-term investment? While purists may say they shun the trends, they will still be taking a keen interest in the market performance of their shiny pristine assets. And they are not disappointed. The Knight Frank Luxury Index 2016 ranks classic cars above all other assets (18%), with art coming second in an asset list that includes diamonds, watches, jewellery, wine and coins.

For those classic car collectors seeking the top marques, it is the USA and Monaco that have the strongest pulling power. It is here that no fewer than four major auctions take place each year, with a fifth, in partnership with the Concours of Elegance, taking place in London.

The Concours of Elegance is a spectacular annual event that brings together priceless classic cars from around the world. This year’s stylish event will showcase the world’s rarest historic cars, with the UK’s fifth Concourse returning once again at Windsor Castle, September 2-4, where the first Concourse was held in 2012. The Concours of Elegance will be presenting a selection of 60 of the rarest cars from around the world—many of which will never have been seen before in the UK. Many of these rare cars will also take part in a two-day driving tour, ‘The Great West Tour’, in the days running up to the main Concours event.

The Concours of Elegance remains unique in the UK as the only automotive event to be held at a Royal venue each year, with 2016 marking the show’s fifth year of spectacular automotive gatherings in some of the world’s most iconic locations, including St James’s Palace, Hampton Court Palace, the Palace of Holyroodhouse and this year’s return to Windsor Castle.

With the event making a spectacular public occasion, it also offers proud owners a unique showcase for their rare classic cars, some of which may even be the result of auction purchases taking place through Concourse of Elegance partner RM Sotheby’s.

From May to October we see the major five classic car auctions taking place, as mentioned above, through RM Sotheby’s:

Official auction of the Concours d’Elegance of America at St. John’s

Held in partnership with the Concours of Elegance

These auctions give classic car collectors a great deal to look forward to, judging by the success of the 18th anniversary Amelia Island, Florida sale in March 2016. This auction generated $38.6 million in sales, and attracted a large crowd of enthusiasts from 20 countries.

The auction was led by the 1962 Ferrari 400 Superamerica LWB Coupe Aerodinamico which comfortably surpassed its pre-sale estimate of $2.7/3.3m to sell for $4,400,000 —a world record price for a 400 Superamerica Coupé at auction. The car was the subject of a lengthy bidding contest as collectors in the room and on telephones sought the 1962 Turin Automobile Show car. This particular example, chassis no. 3949 SA, boasts distinguished provenance having previously belonged to American sportsman Erwin Goldschmidt and remaining in his family for over 40 years.  The ownership history along with an outstanding recent restoration makes it one of the most significant 400 Superamericas in private hands.

Other notable results were the $1.2 million successful final bid for the1932 Packard Twin Six Coupe Roadster, and the $2.03 million winning bid for the 2014 Pagani Huayra.

RM Sotheby’s $30.4m Arizona Car Sale Kicks Off 2020 With Success In All Categories

Franceschetti Shoes: Made In Italy