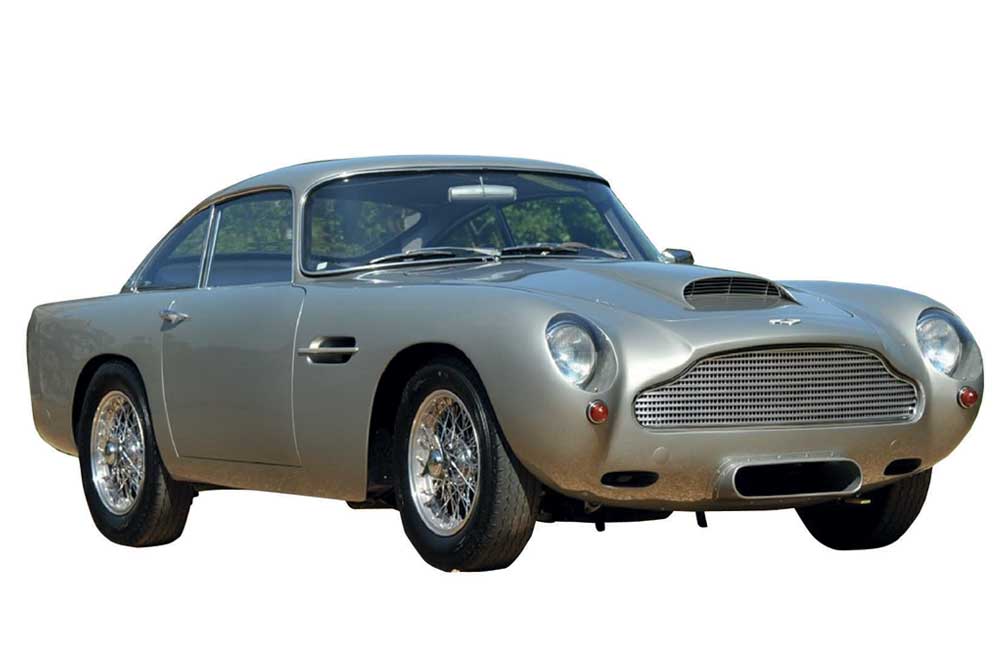 A prestigious collection of classic cars once again made for a tremendous line-up at Bonhams’ flagship drive-through car auction in Paris.

Even if there are signs of a global financial crisis in other sectors, there was little evidence of purse strings being tightened as bidders fought fiercely at Bonhams’ flagship classic car auction in Paris earlier this year. Spending over €7 million in total, the auction, which featured models from Aston Martin, Ferrari and Bentley, showed that there is still high demand for collectable cars.

The auction was hosted by the trendy La Halle Freyssinet, a venue that is often associated with catwalk models strutting up and down its runway flaunting the top names in fashion. However, especially for this event, permission was given for the catwalk to be taken over by a fantastic line-up of classic cars.

By lucky coincidence, Bonhams was unable to book last year’s venue, the Grand Palais, but instead found La Halle Freyssinet, which allowed Bonhams to run a different style of auction. James Knight, Bonhams’ Group Head of Motoring, said: ‘With La Halle Freyssinet we have identified another impressive and well-located venue allowing us to present a drive-through auction—a concept we brought to Europe in 2009 to much acclaim. The drive-through auction allows our clientele to see and hear the cars prior to coming under the hammer, providing an exciting dynamic to the sale.’

The drive-through sale, which featured over 100 cars and 35 motorbikes, certainly managed to get the car enthusiasts’ excited, particularly when the Aston Martin DB4GT revved onto the platform. Aston Martins regularly do well at auction but this model was always going to be a winner.

Right from when it first launched at the London Motor Show in 1958, the DB4GT caused a stir among spectators. At the time it was considered to be a state-of-the-art model as its advanced specification demonstrated that a British manufacturer could do just as well as an Italian when it came to the design of a Gran Turismo. One of only 30 models produced with a left-hand drive, the model has competed in numerous rallies, including winning the Regularity Class at the 2005 Tour Auto. The auction showed that the DB4GT still held its glory as bidders on the floor battled it out until a telephone bidder finally stole the show and purchased the car for just over €1 million.

Another highlight included the sale of the 1935 Delage D8-105S Streamlined Coupé, which sold for €322,000. The model has dramatically increased in value, as back in 1935, a buyer would have been able to purchase this model for about 75,000 Francs. Delage, like many other car manufacturers, was badly affected by the economic downturn of the early 1930s and the company was eventually taken over by Delahaye.

However, prior to the handover, Letourneur & Marchand was commissioned to make four special models, two D8-105 and two D8-105 Sport. It was Letourneur & Marchand who created the bonnet-side louvers, something that the DB-105S is most noted for today. Out of the four cars that were commissioned, this particular model is thought to be the only one left, so it will prove to be a great investment for the lucky buyer. To add to this model’s value, it was also sold with its original tools and numerous period photographs.

Other sale highlights also include the appearance of the 1966 AC Shelby Cobra ‘427’ Roadster, which sold for €471,400. Created by renowned racing and car designer Carroll Shelby, this model is often referred to as one of the all-time great classic sports cars. The Cobra was renowned for putting in a great performance on the road, reaching 60mph in a mere 4.4 seconds. These were exceptional figures by early 1960s standards and are also quite impressive today. Although the Cobra no longer has its original luggage rack, the car still retains its original convertible hood, making it still a highly desirable car for enthusiasts.

Other notable attendees at the sale included the stunning 1905 Darracq Flying Fifteen Rear Entrance Tonneau, which sold for €178,250. Bentleys also fared well at the auction, with a 1929 Bentley 6½/8-Litre Tourer going under the hammer for €615,250 and an art deco inspired Petersen Bentley 6½-Litre ‘Dartmoor’ Coupé sold for €385,250.

After the classis cars auction was over, James Knight commented: ‘We are very pleased with the sale and I thought the drive-through of the motor cars was a welcome spectacle. It was well attended and the bidding was fierce, not only from the floor but also from the balcony overlooking the auditorium.’

Why Private Aviation is Better Value for Money and Time?