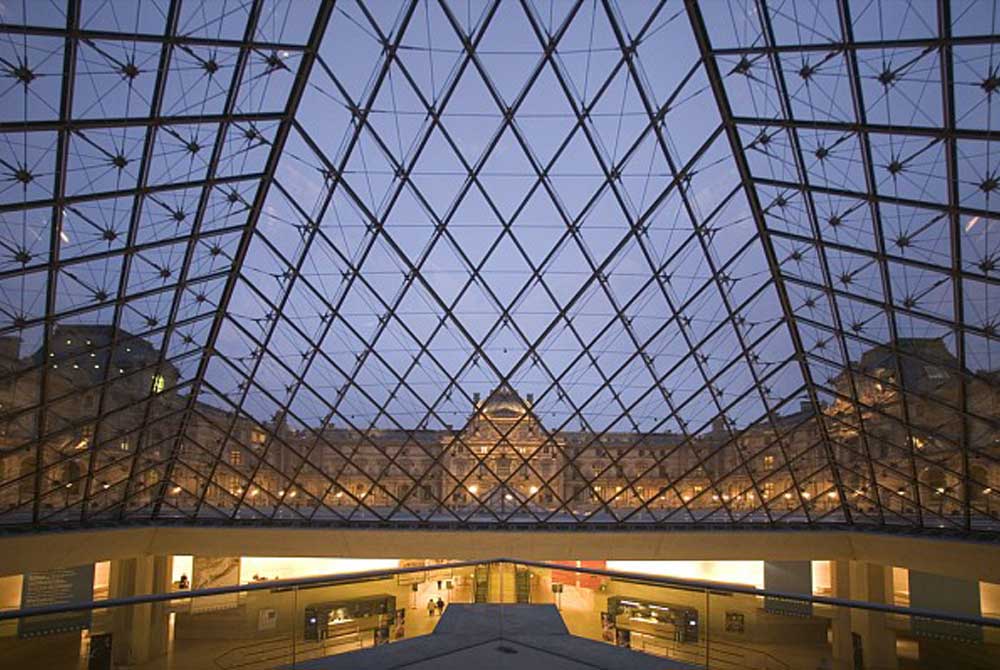 It is the city of art, culture and romance—the perfect place for anyone in need of a weekend break. Every year, Paris is one of the top tourist destinations, with its promises of fine dining, trendy boutiques and a wide range of museums and galleries. The greatest work of art, however, is the city itself.

Elegant and romantic, the so-called ‘City of Lights’ somehow manages to live up to every cliché you’ve ever read about it. With its world-class museums and galleries, its wide, airy boulevards, its fine restaurants and the Seine to stroll alongside, it’s almost as if Paris had been designed specifically as the perfect venue for a weekend break. Its 20 arrondissements, which curl out from the centre in a snail shape, are like a collection of villages, each with its own atmosphere, from the glamorous 8e (designer boutiques and the Champs-Elysées), to the arty, bohemian 18e (Montmartre and the Sacré Coeur).

Yet the centre of Paris is surprisingly compact. A good way to get a feel for the city is to take a leisurely walk, with plenty of pitstops for coffee and croissants. Alternatively, take a ride on one of the many sightseeing boats which ply the river day and night from the various quais along the banks of the Seine. But be warned: however you decide to tackle Paris, one visit is never enough.

One of the city’s best-known landmarks, Charles Garnier’s ornate opera house is a spectacular example of the Parisian building revival under Haussmann in the second half of the nineteenth century. The interior is, if anything, even more impressive than the exterior, with acres of red velvet, a multitude of chandeliers and a ceiling by Marc Chagall.

Now used mostly for ballet productions, the PALAIS GARNIER is just one of several world-class venues for classical music and dance in Paris. The OPERA BASTILLE, while much less architecturally distinguished than the Palais Garnier, is known for its cutting-edge modernist productions and its cleverly designed auditorium, in which every one of the 2,723 seats has an unrestricted view of the stage. Its opening in 1990 acted as a catalyst for a wholescale redevelopment of the formerly run down Bastille area of Paris.

The big draw at the MUSÉE D’ORSAY, just along the Seine from the Eiffel Tower, is its unrivalled survey of French nineteenth and early twentieth-century art. Beginning with David and Ingres, the collection takes a sweep through Romanticism and then to the Barbizon school (Corot, Daubigny and Millet), precursors of Impressionism. The Impressionists and Post-Impressionists take up much of the first floor, with works by Caillebotte, Cézanne, Degas, Van Gogh, Manet, Monet, Pissarro and Renoir.

If you can fight your way past the tourists, you’ll be rewarded with sight of some of the nineteenth century’s most iconic works: Manet’s Dejeuner sur L’Herbe, Degas’s Little Dancer aged Fourteen, Monet’s studies of Rouen Cathedral, Cézanne’s Bathers and Van Gogh’s Portrait of Dr. Paul Gachet and Wheat Field with Crows. As if the art weren’t enough, the museum itself is spectacular. Set in the former Orsay railway station, built in 1900, its airy, light-filled structure, with roof in glass and wrought iron, lends itself remarkably well to the display of paintings and sculpture.

Almost certainly the world’s most famous museum, the LOUVRE is a must-see for first-time visitors to Paris. It’s best known, of course, for Leonardo’s Mona Lisa, and now also as a prime location for the legions of fans of Dan Brown’s Da Vinci Code, but it’s easy to forget that the Louvre is the repository of a staggering quantity of truly great art and antiquities. The displays run the gamut from Ancient Egypt, Greece and Rome through to Middle Eastern and Islamic antiquities and a jaw-dropping collection of Western art.

Highlights among the paintings include works by Botticelli, Fra Angelico and Giotto, Leonardo’s Virgin of the Rocks, Hieronymus Bosch’s Ship of Fools, Tintoretto’s Suzanne Bathing, Vermeer’s Lacemakers and a wonderful collection of French Rococo, Classical and Romantic works from Fragonard to Ingres. Don’t underestimate the vast scale of the Louvre. The only way to tackle it is to choose an area which interests you and stick to it – to see the whole collection would take weeks.

The POMPIDOU CENTRE (also known as Beaubourg) is a modern Parisian icon. Designed in the 1970s by the then-unknown Richard Rogers and Renzo Piano to house the Musée National d’Art Moderne, it started the trend for ‘inside out’ building, with its primary-coloured air conditioning pipes and escalators and lifts on the outside, giving it a quirky, unfinished appearance.

The building didn’t age well, and in 1997 it had to close for major renovations, reopening in 2000 with an enlarged and reorganised display and a new 6th-floor restaurant with views across the city. The museum’s collection of modern art is the largest in Europe, whizzing through all the major twentieth-century movements in a display which is rotated annually. All the big hitters are represented here, including Braque, Picasso, Picabia, Duchamp, Derain, Matisse, Ernst, Miró, Klee, Magritte and Bacon.

A tale of two churches

The city of Paris is well supplied with stunning churches. Best known, of course, is the cathedral, NOTREDAME DE PARIS, the twin-towered Gothic masterpiece which presides over the Île de la Cité. Begun in the twelfth century, it was finally completed around 1330. During the French Revolution it was plundered and defaced, and by the time Victor Hugo published The Hunchback of Notre Dame in 1831, the cathedral was in a sorry state and at risk of demolition.

The novel’s publication sparked renewed interest in its Gothic architecture, and a major programme of restoration began by the middle of the century. Look out particularly for the flying buttresses and the beautiful rose window on the front façade. Notre Dame’s closest rival in terms of drama is the BASILIQUE DU SACRÉ COEUR, set at the top of Paris’s largest hill, and overlooking Montmartre. An enormously over-the-top white-domed confection, it was begun in 1877 and consecrated in 1919, and has become one of the city’s must-sees. Visit early or late in the day to avoid the ravening hordes, and go inside to appreciate the full grandeur of its lofty domes and astonishing mosaic ceiling.

Paris’s cafés and bars offer unrivalled opportunities for people-watching, and have done since the nineteenth century, when writers and painters decided that the vagaries of modern life would provide ideal subjects for their work. Many of the great Parisian institutions are still going strong today, including the celebrated Left Bank literary haunts CAFÉ DE FLORE and LES DEUX MAGOTS, adjacent to each other on the Boulevard St Germain.

These grand, formal cafés, with their chandeliers and starchy waiters, were the favoured hangout of Simone de Beauvoir and her long-time lover Jean-Paul Sartre, who were at the centre of the Existentialist scene in the 1940s and 50s. Still frequented by a literary crowd (although joined today by throngs of tourists and St Germain fashionistas), these two quintessentially Parisian cafés, although horribly pricy, are a great place to see and be seen.

For a hipper take on café society, go to Les Halles to visit CAFÉ COSTES, designed by Philippe Starck, or CAFÉ BEAUBOURG, with its terrace overlooking the Pompidou Centre. Both have become institutions in their own hyper-cool way, full of black clad graphic designers drinking cocktails to a soundtrack of lounge music.

A breath of fresh air

In a city full of museums, the tranquil MUSÉE RODIN, housed in the magnificent eighteenth-century Hôtel Biron and surrounded by a seven-acre sculpture garden, is a breath of fresh air. The sculptor rented a set of rooms at the Hôtel (which also served as temporary home to Jean Cocteau, Henri Matisse and Isadora Duncan) from 1908 until his death. The run-down mansion, a former school, was due for demolition until Rodin came up with a plan to give his entire collection to the state if a museum was set up there in his honour.

After much negotiation, he achieved his aim (although the museum only opened in 1919, two years after his death). Furnished entirely with Rodin’s own belongings, as well as with his most celebrated works, including The Kiss and The Thinker, the museum gives an evocative insight into his life and work. You can visit the gardens alone for just a euro.

Much of the romance of Paris is bound up with the river running through it, and the 37 bridges which cross it. They’re built in a plethora of styles, from the pleasingly solid PONT NEUF, built in golden stone, which crosses from St Michel towards the Louvre to the extravagantly decorated PONT ALEXANDRE III, resplendent with golden statues, west of the Place de la Concorde.

Even the unassuming 1970s PONT DE L’ALMA has become a landmark – a modern-day pilgrimage site for fans of the late Princess Diana, who died in the road tunnel which passes alongside. The newest river crossing is the PASSERELLE SIMONE DE BEAUVOIR, an oak and steel pedestrian bridge with space for temporary exhibitions and book stalls, built in 2006 to link the emerging 13e district on the left bank to the Parc de Bercy on the right.