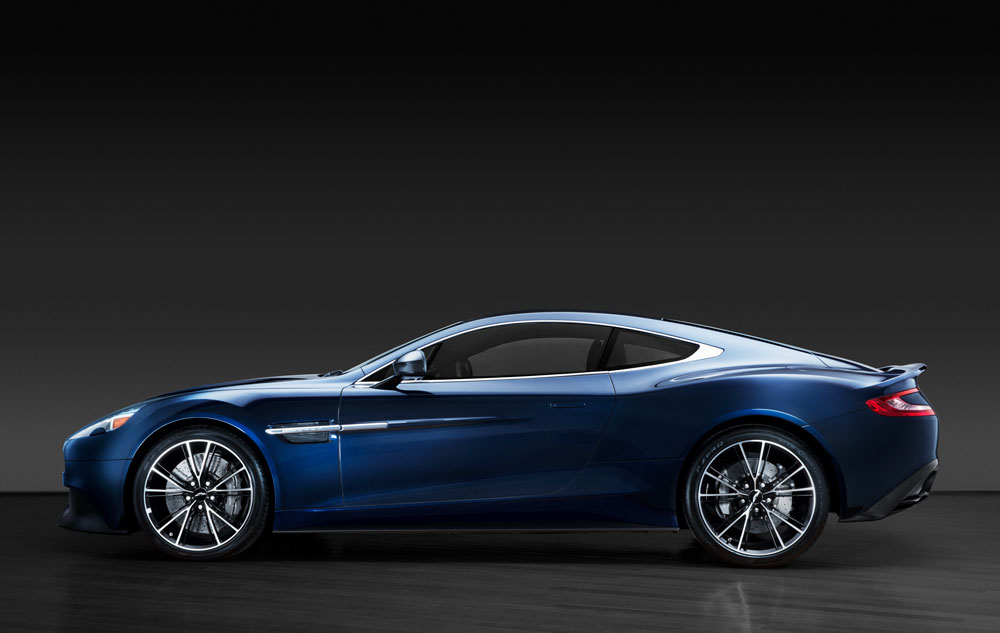 The midnight-blue car, aptly numbered 007, is set to be the highlight of The Exceptional Sale at Christie’s New York on 20 April. It is one of only 100 examples of the model worldwide, which were created to celebrate Aston Martin’s 100th anniversary.

It is currently estimated to fetch around $400,000-$600,000, with all proceeds set to benefit The Opportunity Network, a non-profit organisation that provides young people with career development opportunities.

He said: ‘The Aston Martin Vanquish is a tour de force of automobile engineering and a distinct pleasure to drive. While I will miss it, I am keen to further the very important work of The Opportunity Network with this sale.’

In addition to taking home a truly one-of-a-kind vehicle, the winning bidder will also be offered the opportunity to visit Aston Martin’s headquarters in Warwickshire and meet with Reichman for a behind-the-scenes look at each step of the car’s manufacturing process.

The bespoke car will be on view at Christie’s Los Angeles gallery from 27 February until 3 March ahead of its preview and auction in New York.

Christie’s Exceptional Sale has garnered an aura of prestige since its inception in London in 2008. It is a highly selective and curated auction of masterpieces and cultural icons.

If you enjoyed this article about Daniel Craig’s Aston Martin, click here to read more on Arts & Collections about personalised designers and collectables.

Behind the Mask: An Interview with Lincoln Townley