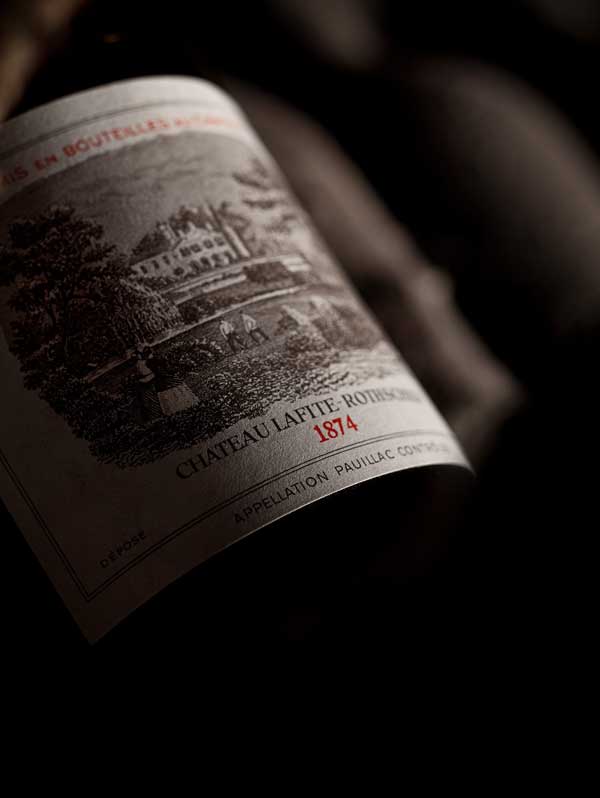 A remarkable Chinese wine sale in Hong Kong, the Lafite Ex-cellars sale from Sotheby’s, sets new world records and defines a buoyant market trend in Asia for wines of exceptional quality and provenance.

If the truth is indeed in wine, then we were given a very fine taste of this in what was undoubtedly the wine sale of the year. The truth being, wine has proved to be a rich investment area over the last four or five years in particular—and the sale referred to is Sotheby’s Lafite Ex-cellars sale that took place in Hong Kong on October 29, 2010.

Château Lafite is one of the greatest names in winemaking, having produced vintage wines of brilliance for many generations, so much so that many are extremely rare and valuable. Therefore, when a sale is announced of wines that come directly from the cellars of Château Lafite, a thrill of anticipation is felt by all who collect wine, and all who appreciate great vintages.

In her introduction to the wine sale, held at the Mandarin Oriental Hotel, Sotheby’s Head of International Wine Department, Serena Sutcliffe, MW, said: ‘This opportunity to buy the greatest bottles from the Domaines Barons de Rothschild will not come again.

It is entirely appropriate that this sale is held in Asia, whose connoisseurs have recognised the fabulous quality and longevity of these wines. Hong Kong is the hub of Lafite’s latest zone of influence, after conquering first Europe, then America and now Asia. But wine lovers worldwide can, through this auction, experience Lafite and its wine brothers and sisters, in all their direct-from-the-cellar perfect provenance. Connoisseurs can feel they have themselves walked into the legendary cellars and found paradise.’

Lafite is owned by the Barons de Rothschild, and has 107 hectares of vineyards. Over the past decade the Château has produced an average of 45,000 cases a year, including both the Château Lafite Rothschild flagship wine and its second wine, Carruades de Lafite.

Château Lafite-Rothschild is the largest of Bordeaux’s first-growth wine estates, and it is currently outpacing rivals as prices rebound from the recent credit-crunch lows, driven by signs of economic recovery and accelerating demand from China.

Even in recent years (recent in wine terms), outstanding vintages from the last 10-15 years are accruing in value at an amazing rate. Take the three cases of Lafite Rothschild from the 2000 vintage that sold for HK$266,200 ($34,300) each at Sotheby’s in Hong Kong (see ‘Wine Cellar notes’, p.32). This is about three times the $11,749 for 12 bottles of the same wine sold at a New York auction at the height of the financial crisis in October 2008, just after Lehman Brothers filed for bankruptcy.

Liv-ex puts Haut Brion in third place with an 8.5 percent value increase, followed by Mouton Rothschild climbing 7.2 percentage points also between September and October this year. Back in 2008 the Liv-ex 100 Fine Wine Index lost 22 percent of its value between August and December.

And why was that? Because the banking collapse hit wine investment hard, just as it did so many investment areas. However, two years later we’re seeing a remarkable recovery and growth, with strong demand for the finest wines as demonstrated by Sotheby’s Lafite Ex-cellars sale. This demand is being fuelled by collectors in Asia and the Far East and this is driving the gains, mentioned above, for most first-growth Bordeaux, with Lafite leading the way.

Going a little further back to the 1982 vintage, Lafite has again leapt an impressive 26 percent a year over an eight-year period, more than triple that of rival Château Mouton Rothschild, which rose just 8 percent a year. The strong and increasing demand from China is having its effect (no coincidence that the Sotheby’s sale referred to was held in Hong Kong), fuelling the demand, and while US and European collections have traditionally purchased and laid down wines in their cellars for twenty years or more before drinking it or selling it on, the Asian trend is to drink it younger. This is affecting the fine wine market in two different ways: demand is pushing up the value of newer vintages, and the rarer vintages are becoming increasingly rare and more valuable.

Returning to the Sotheby’s wine sale of the year, these upward trends are clearly demonstrated. However, while Lafite’s position at the top seems unassailable, the great Château has its challengers, with Bordeaux rival Château Petrus in strong demand, its edge being that it adds greater scarcity value to its price due to its smaller production output. Three lots of 12 bottles from the 2000 Petrus vintage fetched $49,900 each at this sale.

The Lafite Ex-cellars sale also broke some world records, with three bottles of Château Lafite-Rothschild 1869 becoming the world’s most expensive wine sold at auction, achieving HK$1,815,000 for each bottle (US$232,692)—estimate HK$40,000-65,000. Seven bottles made in excess of HK$1 million and the 284-lot sale brought a total of HK$65.5 million (US$8.4 million), tripling Sotheby’s high estimate.