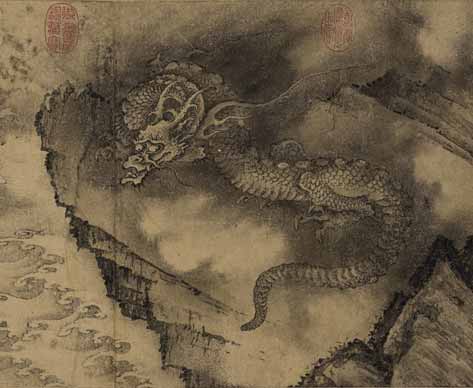 Record-breaking auction sales of Chinese artefacts prove that the Chinese art market is flourishing, we look at where to begin when investing.

This March, the Asian Art Week auction by Christie’s in New York secured the highest total ever for an auction series, fetching a grand total of $332,783,188. This staggering historic achievement emphasizes the depth of the ancient Chinese art market across all categories including painting, calligraphy and ceramics.

Provenance continues to play an important role in the desirability of a particular object,’ says Margaret Gristina, senior specialist in Chinese Works of Art at Christie’s. ‘A long, documented history adds to the prestige and gives collectors bidding confidence.’ A beguiling past of ancient civilizations and dynasty-rule in China throughout the ages propped the platform in which artists vested in the sophisticated traditions so prevalent in Chinese art and culture today.

‘From about the 11th to the 20th century, Chinese paintings were by and large dominated by two trends: skilfully rendered, often decorative paintings by professional artists responding to demands of patrons and more expressionistic painting and calligraphy created, at least ideally, out of personal creativity by highly educated amateur artists,’ says Elizabeth Hammer, senior specialist in Chinese Paintings at Christie’s.

Chinese art would be largely bought and enjoyed in China until the 20th century when political and social upheaval saw much of the important collections leave the country. They were then established in private collections and public institutions internationally until around the year 2000 when art buyers from mainland China began participating in the art market. These investments in large quantities of ancient Chinese works has seen the Chinese art market soar in recent times.

Investing in Chinese art can indeed be a lucrative venture. According to Hammer, ‘the Chinese traditional paintings market overall has been on a fairly even plateau for the last several years, in that good paintings/calligraphy consistently sell for good prices.’ Gristina adds, ‘we predict there will always be a strong demand for great Chinese works of art.’

The fascination in ancient Chinese art comes from its ‘extensive and broad appeal,’ says Gristina. ‘For example, Chinese ceramics are universally admired and have appealed to collectors worldwide, bridging tastes and styles.’ Hammer hastens to warn, however, that the sheer volume of novice participants in the market—including auction houses, dealers and collectors—and the various regulations and procedures that need to be followed creates an ongoing air of turbulence in the Chinese art market.

Investors who have the wealth to amass such rare artefacts should commit to a collecting category such as paintings, calligraphy, ceramics or furniture. Huanghuali furniture, advises Gristina, and high-quality archaic bronzes are in high demand at the moment. Hammer cautions that those looking to profit from investing in Chinese art must do their research first. ‘Because of the problems of authenticity,’ she says, ‘this field requires a rather long time and much experience to develop reliable connoisseurship abilities. Therefore, new buyers usually need time to learn to collect intelligently.’