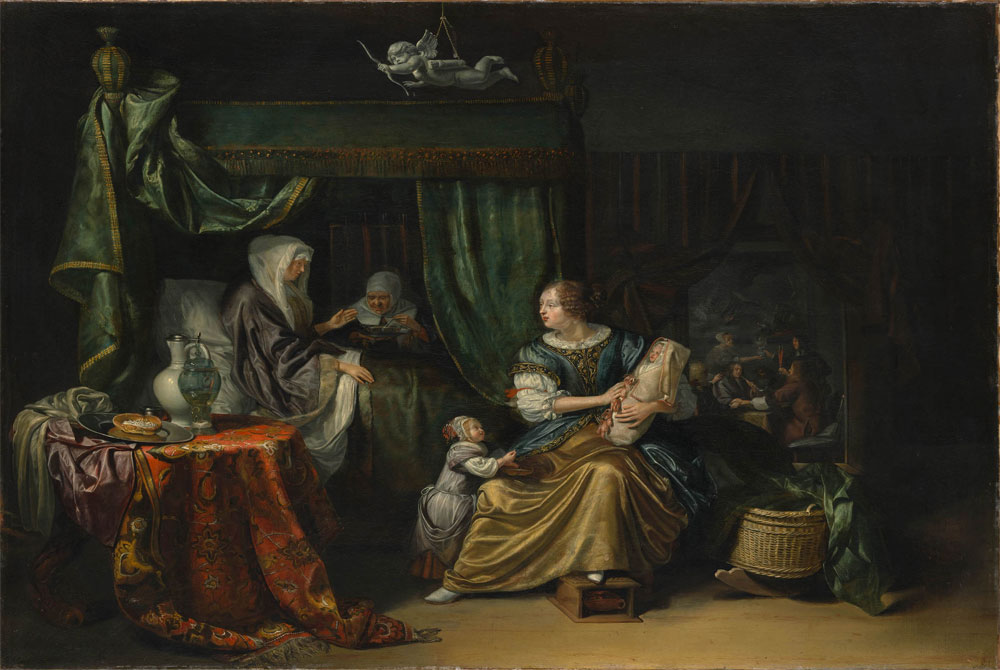 Since biblical times, the idea of having an expensive textile underfoot has been associated with wealth, power and sanctity. Only wealthy patrons could afford fine carpets, which were traded as luxury goods from the Islamic lands to Europe and other parts of the world. As early as the fourteenth century, images of carpets woven in the East began to appear in European paintings. Initially, these precious textiles were depicted solely in religious scenes – under the foot of the Virgin or as an altar covering, for example. Later, carpets appeared in fashionable still lifes, portraits and genre scenes to reflect high social and economic status. Italian artists were the first to depict oriental carpets, favouring rugs from Anatolia; by the end of the sixteenth century, the interest shifted to northern Europe.

In the seventeenth century, the range of Eastern textiles depicted by Dutch and Flemish artists expanded as Islamic carpets from Anatolia, Persia, India and elsewhere became more widespread in the Netherlandish market. An important explanation of this phenomenon relates to the increasing importance of Dutch trade in eastern territories. Indeed, around the 1620s, the Dutch and the English East India Companies had successfully overtaken the Portuguese as the largest traders with the Near and Far East.

Dutch painters from the seventeenth century often include oriental carpets in genre scenes set in the homes of prosperous citizens. Unlike in the East, where carpets are used on the floor, in these works the carpets appear draped on tables together with silverware, precious objects such as gold and glass, musical instruments and food. All of these items are glorified symbols of wealth, but they also allude to vanity, the uselessness of excess and the lust for riches.

This exhibition will show three mid-seventeenth-century Dutch paintings along with three actual rugs of the same period. Each of the carpets on view will correspond to a rug in one of the paintings. All paintings and carpets are from the Museum’s collection.

The exhibition is made possible by The Hagop Kevorkian Fund.