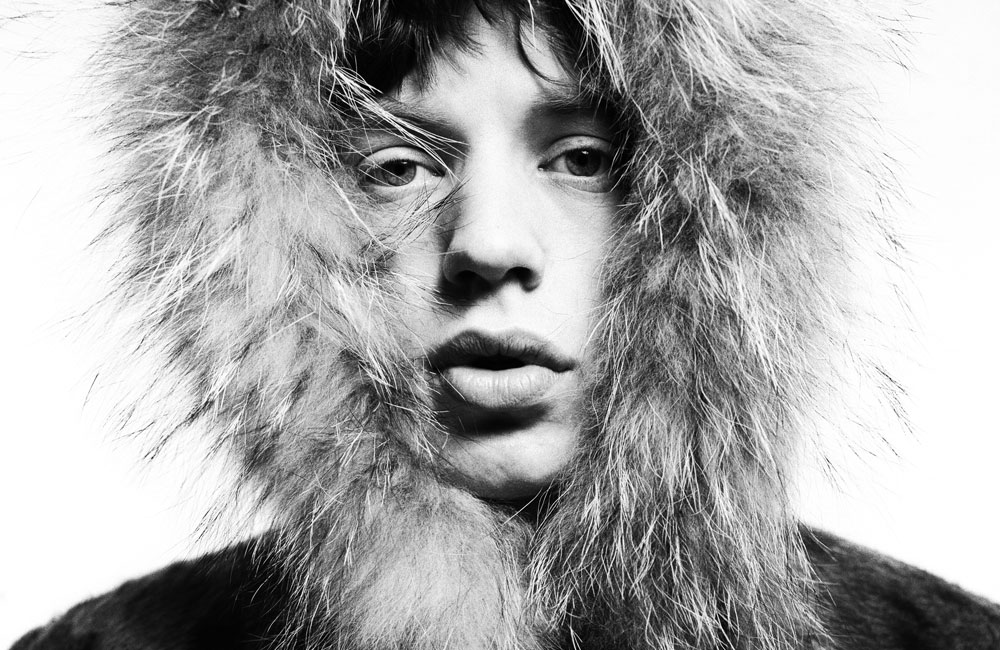 The face of a young Mick Jagger peers out from beneath the full fringe of a hooded fur coat.

Staring straight into the camera, pouting unabashedly, the Rolling Stones singer and rock and roll icon is instantly recognisable. The striking composition of this black and white image, captured by David Bailey, has become as iconic as Jagger himself. Selected from Bailey’s Box of Pin-Ups (1965), some of Bailey’s most critically acclaimed works, this photograph is one of many on display as part of Bailey’s latest exhibition, Stardust.

Featuring over 250 of Bailey’s works, Stardust began its tour at London’s National Portrait Gallery in February. Spanning a broad scope of subjects, all of the featured works intersect under the common banner of portraiture, a thread that has endured for the duration of Bailey’s career.

With over 350 Vogue covers to his name, Bailey built his reputation as a fashion photographer in the 1960s. However, the photographer refuses to be categorised as such, and Stardust reflects this by including numerous themes that have influenced Bailey’s work, from high fashion shots of Kate Moss to photographs of tribal elders in Papua New Guinea.

‘It [Stardust] offers an exceptional opportunity to enjoy the widest range of the mercurial portraits created by David Bailey,’ says Sandy Nairne, director of the National Portrait Gallery.

Bailey’s is a story that began with humble beginnings. Born in 1938, the photographer grew up in the war-scarred landscape of East London, capturing shots of streets marred by the poverty and grime of the early 1960s. Some of these arresting early images are even on display as part of Stardust. From the East End of London, Bailey became successful working as a fashion photographer in New York, practicing a photographic medium that gave him carte blanche to get creative and hone his iconic style.

Bailey’s work is often celebrated as a photographic chronology of culture from the 1960s to the present day. His classic black and white aesthetic was something he would return to throughout his career, photographing cultural icons from John Lennon to Beyonce. Bailey’s wife Catherine also became one of his major muses, and a whole section of the Stardust collection is dedicated solely to her.

However, amid the fashionistas is an array of less familiar faces. Never-before seen photographs from Bailey’s 2012 trip to Nagaland are also on display, documenting the photographer’s unique ability to pick out the raw human emotion common to all of his subjects.

‘I don’t care about “composition” or anything like that. I just want the emotion of the person in the picture to come across,’ says Bailey.

Other themes explored in the exhibition, which is curated by the photographer himself, explore Bailey’s time in East Africa, Papua New Guinea, Australia and Delhi.

If you missed Stardust at the National Portrait Gallery, the tour will continue at the following galleries:

Protecting Your Most Valued Possessions

A Complication of Beauties