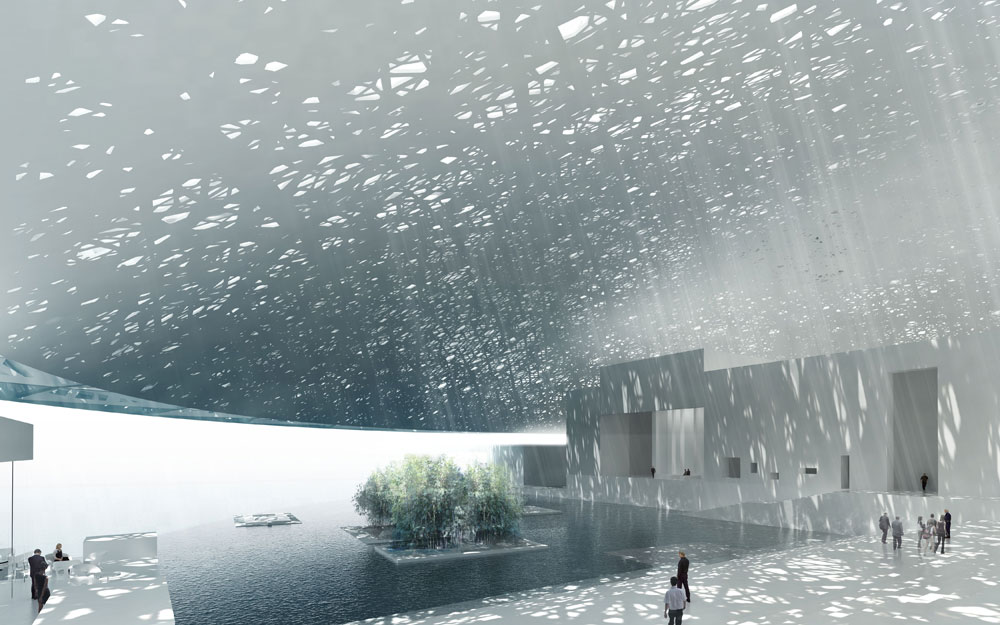 The exhibition ‘Birth of a Museum’ was proudly presented as the first large-scale assembly of the collection of the Louvre Abu Dhabi from 22 April to 24 August, 2014.

The exhibition displayed 130 artworks that the new museum has acquired since 2009, providing a taste of what the museum has in store for visitors, showing works from different civilisations ranging from ancient times to the present day, and offering a new perspective on the history of art.

Six main themes were presented in the exhibition: the Human Form, Ancient Worlds, The Sacred, Eastern Image, The Western Gaze, Cultures in Dialogue. Artists in the collection ‘In dialogue with one another’ include Paul Gauguin (Children Wrestling, 1888) and René Magritte (The Subjugated Reader, 1928) including works by Giovanni Bellini and Édouard Manet, as well as contemporary art works by Alexander Calder, Paul Klee, Yves Klein and Cy Twombly.

All the artworks have been carefully chosen to present a singular and original reading of the history of art, built around several key artistic and aesthetic questions that are core to the identity of the new museum.

HE Sheikh Sultan bin Tahnoon Al Nahyan, Chairman of TCA Abu Dhabi, said during the opening ceremony, ‘We reflect on what has been achieved over the last few years in establishing the Louvre Abu Dhabi. ‘Birth of a Museum’ echoes Abu Dhabi’s historical and geographical position and we hope this growing universal collection continues bridging civilisations, celebrating diversity and connecting cultures.’

The creation of the Louvre Abu Dhabi began in 2009 with the laying of the first stone for what has become a magnificent building that now houses what was announced as a ‘universal museum in the Arab world. The enterprise has also established a strong bond between Abu Dhabi and the Louvre in Paris’.

• Louvre Abu Dhabi and its collection are owned by the Government of Abu Dhabi.