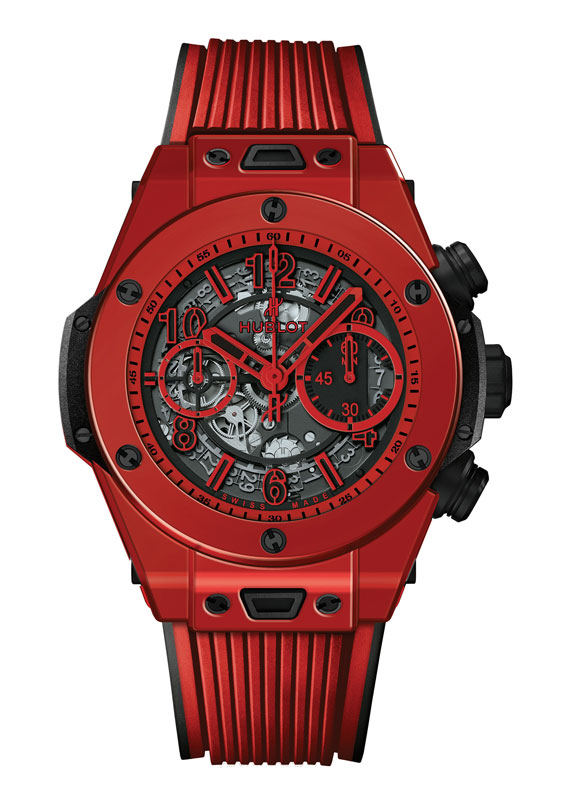 Geared towards introducing new models and future trends within the watch and jewellery industries, Baselworld keeps its crown as the key event for timepiece aficionados.

Every year, exhibitors, affluent collectors, retailers and members of the press gather in the Swiss city of Basel to view and display the latest ware in the ever-growing watch industry. But Baselworld isn’t just another watch and jewellery show. Here, even the simplest entry-level pieces can cost thousands of pounds and often rise to hundreds of thousands if they are limited-edition and precision-made with years of engineering behind them. In recent years, the Swiss watch industry has seen somewhat of a slump in sales. However, this year’s show—which is now in its 101st edition—proved that the watchmaking industry is showing signs of improvement. In terms of attendance, it saw around eight percent more visitors over the first few days compared to last year; organisers reported the leading exhibiting brands were ‘very satisfied’ with the show’s start. Karl-Friedrich Scheufele, Co-president of Chopard, said the response demonstrated ‘that Baselworld is and remains an indispensable platform for exchange for the watch and jewellery industry’. Read on for Arts & Collections’ breakdown of the standout models—and most exciting launches—that graced watchmaking’s biggest stage as well as the emerging trends in the industry.

This is, perhaps, one of the most anticipated releases at this year’s Baselworld. Swiss watch giant Hublot has invented and patented a new material—the first-ever vibrantly coloured, highly polished ceramic. A feat that was four years in the making, the manufacturer has created a Big Bang Unico model almost entirely out of ceramic. Dubbed one of the most daring releases to date, this watch promises to go down in the history books—only 500 individually numbered pieces will be made. Pricing starts from $26,200.

Introduced in 1993, the Omega Seamaster Diver 300M celebrates its 25th anniversary this year. To honour the occasion, Omega unveiled an updated version of the classic model at Baselworld 2018. The revamped Seamaster comes in 14 different variations, including six models in stainless steel and eight in gold and steel. All models are equipped with a ceramic bezel, with the diving scale in Ceragold or white enamel (depending on the model). There is also a limited-edition model in titanium, tantalum and Sedna gold. Not an entirely new combination, Omega released a Seamaster 300M in rose gold, titanium and tantalum in the 90s. The refined grouping works well, as the tantalum’s bluish hue offers a stark contrast to the titanium’s silvery gleam. Prices start from £3,270, while the Omega Seamaster Diver 300M Tantalum Titanium Limited Edition will retail at £9,200.

Officially released at Baselworld 2018, Tissot’s Limited Edition T-Race continues to demonstrate the brand’s ongoing ties with Moto GP. Indeed, Tissot has been the official timekeeper at the motorsport’s major events since 2001. Inspired by one of the most thrilling sports on earth, this new model—designed to have a super sporty look, with fluid lines and the latest, cutting-edge technology—pays homage to the world’s oldest motorsport competition. Producing an exquisite lustre, the watch’s chunky 43mm steel case, inspired by the shape of a motorcycle wheel, is finished with a rose gold and black coating. Reasonably priced at just £1,030, this statement timepiece represents affordable luxury.

A pioneer in watchmaking and timekeeping technology, Breguet is a master of the tourbillon complication. The mechanical device was after all invented by Abraham Louis Breguet, the brand’s founder, who patented it around 1795. One of the thinnest automatic tourbillon watches, the Breguet Classique Tourbillon Extra-Plat Automatique combines the illustrious elements of Breguet timepieces—such as the iconic Breguet numerals, a tourbillon and an off-centred dial. Although the Classique Tourbillon Extra-Plat has been in Breguet’s catalogue since 2013, this new model sees the introduction of a grand feu enamel face, which, alongside the removal of the power reserve indicator, creates an increasingly austere dial layout. Price is available on request at breguet.com.

To kick off Baselworld 2018, Patek Philippe unveiled a new version of its ultra-complicated World Time Minute Repeater. Like its limited-edition predecessors, the new Ref. 5531 brings together a minute repeater and a world-time function—two complications at which Patek Philippe has long been known to excel. The cloisonné enamel dial features a pastoral image of the Lavaux vineyard terrace region on the shores of Lake Geneva, a UNESCO World Heritage site not too far from Patek Philippe’s Swiss headquarters. The dial features lapped rose-gold hands, including a pierced hour hand whose silhouette is inspired by the Southern Cross constellation. Price: approximately £370,780.

The rise of smartwatches

Over the past few years, there has been a real emergence of smartwatches at Baselworld. Wearable technology is enjoying a widespread boom in both popularity and sales; luxury watch brands are producing new, hybridised models to cater to emerging markets. Even though tech giant Apple is still the biggest manufacturer of smartwatches, other makers—such as Hublot, Tissot, Tag Heuer, Michael Kors and Louis Vuitton—have jumped on the bandwagon, realising there is money to be made from this niche share of the timepiece industry. Notable exhibitors at this year’s Baselworld included Hublot, who unveiled its first smartwatch, the Big Bang referee, in honour of the 2018 FIFA World Cup; Skagen, whose newly released smartwatch-hybrid is about elegance and style rather than fitness tracking; and the hugely successful Kickstarter-backed project: the Alpina Alpiner X. If anything, this shows that the consumer’s interest in smartwatches is rising, as is the number of models on offer.