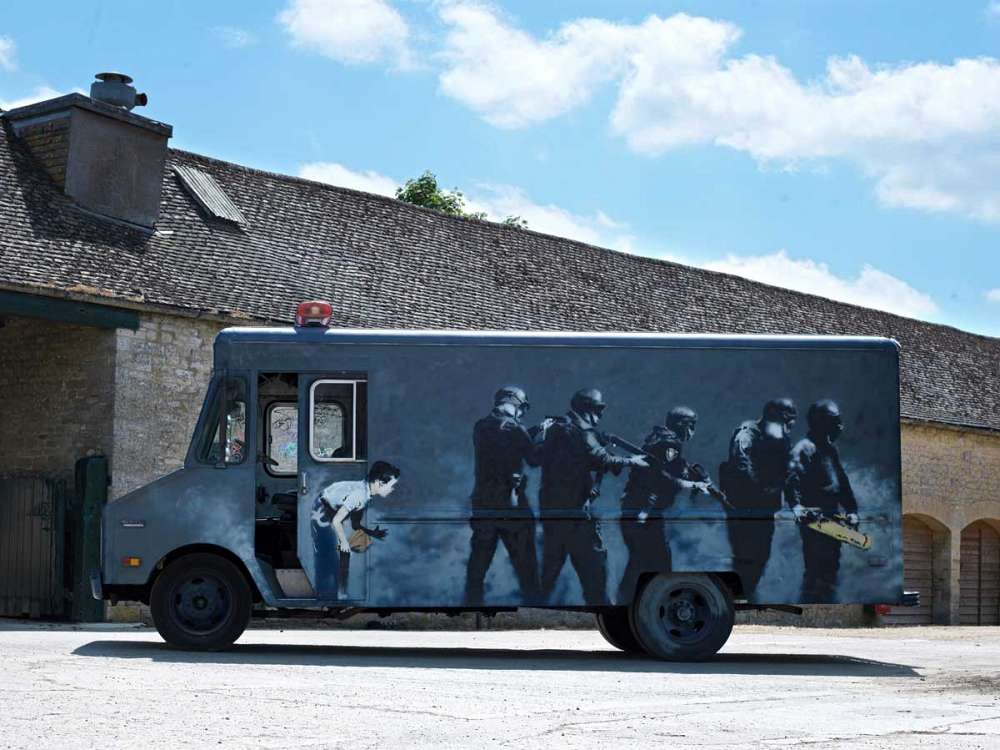 A van once used by SWAT teams and spray painted by the world’s best known street artist, Banksy, has sold at auction for £218,500 at Bonhams, London in June 2016.

On one side of the van Bansky has spray-painted heavily armed Special Forces being duped by a small boy, and on the other side, Dorothy from the Wizard of Oz is set amongst tag-style graffiti. The back of Banksy’s SWAT van reads ‘How’s My Bombing? Call 1-800-648-0403.’ Banksy’s definitive response to fear and tyranny is laughter and in this case, the still anonymous Banksy toys with his anti-establishment persona.

Ralph Taylor, senior director of Bonhams’ postwar and contemporary art department, said the SWAT van is ‘probably the most significant piece by the artist to ever come to auction and without a doubt the most ambitious. This is a complete one-off… it is on the complete frozen limit of unusualness.’

The SWAT van was first shown at Banksy’s breakout and headline-making U.S. exhibition, Barely Legal, in Los Angeles 10 years ago and hasn’t been displayed since.

THE BEATLES, JIMI HENDRIX AND MICK JAGGER: RECORDS AND REBELS OF THE 1960s

The Devil in the Detail: Jheronimus Bosch