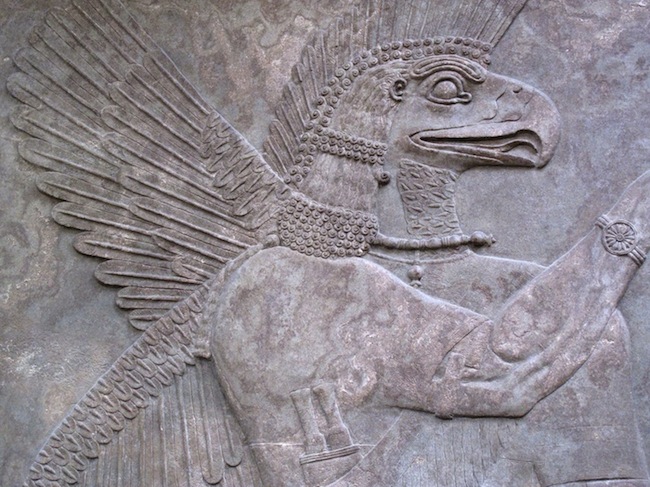 Rena DeSisto at the Bank of America and the Smithsonian Institution’s Dr Richard Kurin share their perspectives on the Cultural Rescue Initiative and its objectives to preserve art’s identity, heritage and history.

Earlier this year, Bank of America gifted $1 million to the Smithsonian Cultural Rescue Initiative (SCRI)—the programme’s largest corporate donation to date. The SCRI’s mission is simple: to recover and protect cultural heritage under threat. Coordinating this mammoth operation, however, is far from straightforward and its achievements are nothing short of miraculous. Arts & Collections spoke with the leader of the SCRI, Dr Richard Kurin, and Bank of America’s global arts and culture executive, Rena DeSisto, to gain a comprehensive understanding of how the scheme is orchestrated.

The Smithsonian Institution and Bank of America have a longstanding relationship, one that is based on a shared dedication to expand knowledge, triumph the value of world cultures and magnify the transformative power of the arts. Values shared by the two organisations have led to a collaborative effort to protect vulnerable cultural treasures around the globe.

Since the SCRI’s inception in 2010, it has reached out to both U.S. and international communities, helping at-risk groups preserve their historical heirlooms. Thousands of committed specialists—trained by the Smithsonian—have made it their life’s work to safeguard cherished artefacts being threatened by natural calamities such as earthquakes, wildfires, tsunamis, hurricanes and landslides. Their teams also target provinces of the world suffering from armed conflict to ensure that national treasures aren’t erased in the crossfire.

Dr Kurin describes how the project came to fruition: ‘The Smithsonian Cultural Rescue Initiative came about after the earthquake in Haiti. There was tremendous devastation: almost 300,000 people died; over a million people were homeless,’ he says. ‘For the Haitians, culture was so important […] it was most important because it gave them resilience, it gave them hope for the future, it gave them a way to deal with the trauma of death. And so, we realised that if their culture was so important to them, we had to figure out a way of helping,’ Dr Kurin explains. ‘At the time, there was no real way of delivering cultural relief to them—so we invented it,’ he adds. Incidentally, the SCRI was the first plan of its kind, focusing its efforts on protecting and rescuing artefacts of national heritage under threat of or impacted by destruction—an area that had been largely overlooked prior.

Bank of America’s decision to play a role in the SCRI was spurred by the launch of the International Alliance for the Protection of Heritage in Conflict Areas (ALIPH) in March 2017—an initiative that aims to attract and invest resources into protecting and restoring cultural property in war-torn areas. France, the United Arab Emirates and a list of other countries collectively established this multimillion-dollar alliance. The Middle East remains a region of concern, in this respect, where armed militants and terrorist groups like the notorious Islamic State frequently operate.

‘I was asking the question of “Can we help in places like Syria and so forth?” […] But our desire to do something in that side of the world was bigger than our ability to do it on our own,’ DeSisto says. It was then that Bank of America decided to invest in the SCRI and solidify a partnership. ‘The Smithsonian has a very effective programme that they have been running for some years,’ DeSisto comments. ‘Their programme is multifaceted; it’s about treasures in war-torn areas, but it’s also about cultural protection more generally and that includes natural disasters—so it’s very holistic,’ she says.

The Smithsonian Institution and Bank of America have a longstanding relationship, one that is based on a shared dedication to expanding knowledge, triumph the value of world cultures and magnify the transformative power of the arts.

The Smithsonian takes a four-pronged approach to safeguarding cultural heritage. The museum brings recognition to the scope of the problem, fosters resilience among the community of heritage organisations, supports rescue when disaster threatens specific sites and conducts thorough research on zones where antiquities may be at future risk.

Currently, the SCRI is focusing its efforts in Nimrud, Iraq. This ancient Assyrian city, once known as Kahlu, dates back 3,300 years and is one of the most precious Mesopotamian ruins in existence. Over the last few years, Nimrud has been subjected to some of the most atrocious and extensive damage at the hands of Isis.

‘They [Isis] would go in and loot the location. That looted treasure is then sold on the black market and that is one of the ways they finance their operation,’ DeSisto comments. ‘Then, they stage the bombing and videotape it […], to me it’s unthinkable,’ she adds. Much of the work undertaken by the SCRI is extremely dangerous—a jarring reality for those involved. Entering into such treacherous territories requires knowledge, diplomacy and skill. ‘We have to demine the site, we have to get equipment in, we have to work closely with Iraqi archaeologists,’ Dr Kurin explains. ‘In Nimrud […] to really restore it will take years of work and a lot of effort,’ he says.

While some of the SCRI’s operations are highly complex, others require the delivery of more basic forms of aid. A prime example is their recent outreach to Puerto Rico and the Virgin Islands—both of which have been devastated by hurricanes. In response, the SCRI has distributed diesel for emergency generators and other essential supplies to help keep their local museum collections safe.

Aside from rescuing and restoring, the Smithsonian puts a huge emphasis on applying preventative measures in at-risk provinces. ‘We work with people on developing plans, on training their skills and then doing actual simulated exercises so that when a natural disaster occurs they are prepared,’ Dr Kurin divulges. Evacuation simulations are an educational opportunity for less prosperous museums to master proper emergency procedures. Such experiences provide the employees with the necessary skills to thrive in the face of adversity and prevent further damage from being inflicted to the art by inexperienced handlers.

‘There are certain places in the world where the intent is there, in terms of taking care of things, but maybe the knowledge is not […]. In Egypt, the director of the Cairo museum is much more trained and is undertaking a different approach to conservation. But years ago, King Tut’s [Tutankhamen] death mask beard came loose and consequently came off. People think it came off because it was handled poorly. It was stuck back on with the wrong sort of glue,’ DeSisto says. ‘The science of conservation is constantly evolving […]. Conservationists are almost like doctors, they need to stay on top of the latest techniques,’ she stipulates.

Losing irreplaceable artefacts can have a detrimental effect on a nation: permanently damaging communities, cultural identities and economies. ‘[Cultural treasures] give you a place in the universe of where you stand. Removing that is dangerous because Isis and others [terrorist organisations] want to clean the slate of history—they want to continue their ethnic, national and religious cleansing and pretend that it doesn’t exist. The economic consequences are huge,’ Dr Kurin says. ‘These things have an emotional importance to people, they’re a source of pride and they’re a source of learning,’ DeSisto adds.

Protecting the world’s shared heritage is an ongoing effort that requires resilience and passion. Continued funding will help the SCRI to expand, extend training programmes and deploy more resources to provinces of the globe in dire need. The dedicated individuals involved in the SCRI rescue missions could be described as ‘modern-day Monuments Men’, although Dr Kurin more aptly characterises their work: ‘What we do is help people hold on to, and capture, the spirit that will propel them into a future after disaster.’