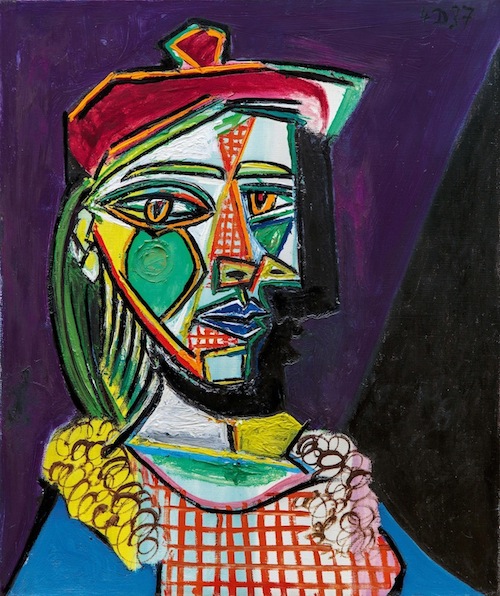 The record-breaking, the eclectic and the unique; we bring you the latest from the world’s most renowned auction houses with auction highlights.

The Architect’s Home in the Ravine (1991) by Peter Doig fetched £13.2 million at a recent Sotheby’s Contemporary Art Evening Auction. A fine example of Doig’s early oeuvre, The Architect’s Home in the Ravine depicts the home of Eberhard Zeidler, situated in the suburb of Rosedale in Toronto, Canada. This piece was one of only four works that were selected by the artist to be part of an exhibition at the Whitechapel Gallery in 1991. It was later chosen to display at the Gesellschaft für Aktuelle Kunst in Bremen, Germany in 1996—Doig’s first major institutional show. While the house is in plain view, it is physically inaccessible to the onlooker. The piece incorporates elements of abstraction and representation, giving it a dreamlike air. The rich texture has been rendered using impasto (a technique whereby paint is layered thickly onto the canvas so as to stand out), which is seen across the expanse of the canvas.)

As part of its Impressionist and Modern Art Evening Sale, Sotheby’s have auctioned one of Alberto Giacometti’s ornate chandeliers—Lustre avec Femme, Homme et Oiseau (1952). Offering the rare opportunity to own one of just three bronze cast chandeliers made by the artist in 1952, the bidding reached an impressive £7.6 million. Lustre avec Femme, Homme et Oiseau was originally commissioned in 1948 by Louis Broder, a Swiss publisher who specialised in printed editions of work by artists such as Picasso and Joan Miró. Balanced upon the four-branched chandelier is ‘the standing woman’ and ‘the walking man’—pivotal figures in the artist’s iconography. Being more sculpture than light source, the piece is reflective of the artist’s existential interest in human suffering. The work also intertwines themes of isolation and the peculiarity of male and female relationships. Thomas Bompard, head of the Sotheby’s auction, remarked: ‘This beautiful chandelier by Alberto Giacometti is the tangible coming together of visual arts, decoration and theatre.’

Andy Warhol’s Six Self Portraits (1986), created just months before the artist’s sudden death in 1987, achieved £22.6 million at a recent Christie’s sale. Leading the record-breaking Post-War and Contemporary Art Evening Auction, Warhol’s rare masterpiece stole the show, making it onto our list of auction highlights. Warhol was an American artist and a leading figure in the Pop Art movement. His artistic practice was underpinned by an innate fascination with sudden death and mortality: as if pre-empting his untimely passing. The artist would often represent himself within his work, in ways that were both revelatory and elusive. Six Self Portraits, an acrylic and silkscreen ink on canvas, depicts six variations of Warhol’s iconic ‘fright wig’ portrait. Warhol’s enhanced features and synthetic wig are cast in a blaze of colour against a pitch-black background. His gaunt expression is intensified by the contrast of light and shade, conjuring the vague resemblance of a skull. Being one of his last artistic gestures in silkscreen to remain intact, the present work is considered to be exceptional.

Pablo Picasso’s powerful Femme au Béret et à la Robe Quadrillée (1937) dominated the floor at the Sotheby’s Impressionist and Modern Art Evening Sale in February. The intense portrait depicts Marie-Thérèse Walter, Picasso’s ‘golden muse’. Setting a new auction record for any painting ever to be sold in Europe in pounds, the artwork fetched an astonishing £49.8 million. This marks the first time that the painting has been sold on the market, having previously been part of a private collection. Picasso is commonly regarded as one of the most influential artists of the 20th century, working in an unprecedented variety of styles. The women in Picasso’s life were pivotal to his creative genius and this painting is no exception. The portrait charts the artist’s evolving relationship with his inspiration and the emerging infatuation with his mistress, photographer Dora Maar. Picasso’s feelings for the two women are expressed through a dramatic colour palette, sitting in front of a shadowy silhouette of a second profile that looms menacingly from behind. His employment of sharp lines, cubist angles and thick black edging make for an emotional and impactful outcome, and an exceptional addition to auction highlights.

René Magritte’s Le Groupe Silencieux (1926) is representative of his early surrealist style. It is the first in a series of oil paintings that Magritte made for his first solo exhibition in Brussels in the spring of 1927. This was a critical moment in the artist’s career, marking him as one of the finest surrealist painters of the era and a new talent within the European Avant-garde art scene. Le Groupe Silencieux was recently sold at Christie’s Art of the Surreal Evening Sale, where the painting realised £7.2 million. The Belgian artist was well-known for his thought-provoking and often satirical imagery. Magritte would often challenge his audience’s perceptions of reality, which is certainly the case with Le Groupe Silencieux. The objects within this piece are presented in a dry manner, with a strong sense of detachment. The painting fuses still life and landscape in an unusual network of layers and frames, providing it with a multi-faceted feel.

If you enjoyed this Arts & Collections article, click here to read about art patronage through the ages.