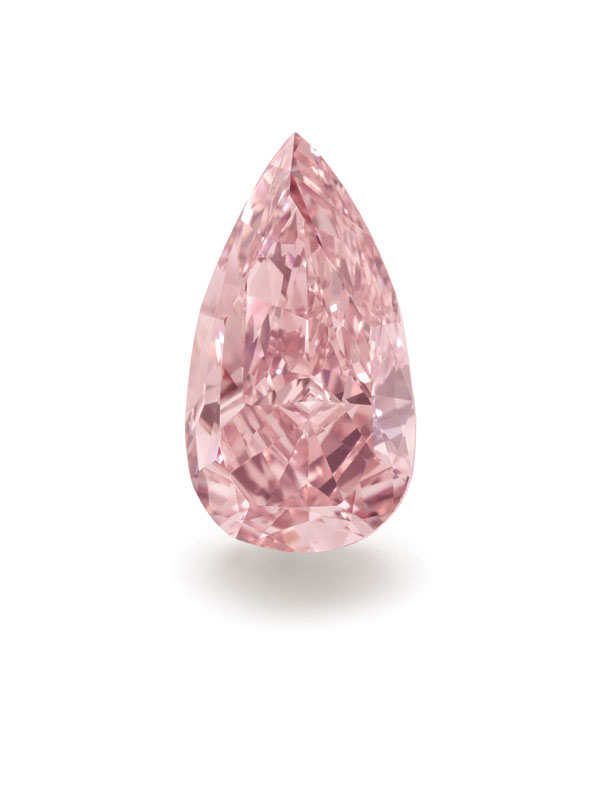 From eclectic memorabilia to record-breaking gems, we bring you the latest results from the world’s biggest auction houses.

A lock of John Lennon’s hair has sold at Heritage Auctions in Dallas for $35,000. A German barber cut the stands from the Beatle’s hair in 1966, one month after the release of album Revolver, and just before Lennon appeared in the black comedy film, How I Won the War. The winning bidder, Paul Fraser, is a British collector of Beatles memorabilia and paid three times the pre-sale estimate for the hair. Garry Shrum of Heritage Auctions told the BBC that, ‘this is the largest lock of John Lennon’s hair ever offered at auction and this world record price is a lasting testament to the world’s more than 50-year love affair and fascination with Lennon and the Beatles.’

Renowned Chinese artist Zhang Daqian’s painting, titled ‘Peace Spring Blossom’, has sold at Sotheby’s in Hong Kong for over HK$270 million—five times the initial estimate of HK$50-$60 million. A record was set prior to the auction, as the initial estimate was officially the highest in the history of Sotheby’s Fine Chinese Paintings. The splashed ink and colour masterpiece measures 82 inches by 36 inches, and depicts an idyllic place where Zhang dreamed of living. The work was bought by Long Museum, Shanghai, after competing against other Chinese private museums.

Christie’s Rare Watches auction, which will take place in Geneva on 16 May 2016, will feature a sizeable range of exceptional and intricate Patek Phillippe watches—including a series that have never been seen before at auction. One of these exclusive watches is the Patek Phillippe Sky Moon Tourbillon watch in pink gold, estimated at CHF7000,000-900,000. At the time of the watch’s launch in 2011, it was Patek Philippe’s most complex and expensive wristwatch ever. The house’s first double-dialed wristwatch integrates a unique combination of high complications, including a tourbillon, ‘cathedral’ minute repeating, perpetual calendar and the celestial heart of the northern hemisphere. It is one of only four examples of this reference in pink gold to have appeared in public to date.

The largest Fancy Vivid pink pear-shaped diamond ever offered at auction will be on sale at Sotheby’s Magnificent Jewels and Noble Jewels in Geneva on 17 May 2016. The 15.38-carat diamond, named ‘The Unique Pink’, has been described as ‘a rare and remarkable beauty’ by the Gemological Institute of America (GIA), which also gave the diamond the highest possible colour grading for a pink diamond, Fancy Vivid Pink, as well as assigning the piece a Type IIa rating, the purest ratings achievable for the structure of a diamond. The diamond has an estimate of $28-38 million.

A broken watch purchased for just £10 at a car boot sale has sold at auction for £46,000. A Cheshire man found the watch as he was clearing out his late father’s house, and he initially expected the antique watch to sell for around £500. The timepiece, made by Italian company Panerai in collaboration with Rolex, sold for an impressive £46,000 despite having no strap and a non-functioning mechanism. The watch was one of only 618 Rolex 17 rubis Panerai 3636 made between 1941 and 1943, and were supplied to the Royal Italian Navy for divers operating human torpedoes (missiles that were rode underwater with a detachable warhead). The watches were waterproof for this reason, with an oversized face that was visible in the dark. The vendor’s father bought the watch at a car boot sale approximately 20 years ago for £10. The watch, sold by auctioneers Wright Marshall in Cheshire, attracted a great deal of interest and the auctioneers ten phone lines were engaged by enthusiastic bidders.

A chair that JK Rowling used while writing the first two books of the Harry Potter series has sold in New York at Heritage Auctions for $394,000. The 1930s oak chair was one of four mismatched chairs, which the author obtained for free in Edinburgh, before she rose to fame. Rowling had previously auctioned the chair to benefit her charity in 2002, when she painted on the chair, ‘you may not find me pretty but don’t judge on what you see.’ She also wrote ‘I wrote Harry Potter while sitting on this chair.’ Auctioneer and Director of Rare Books at Heritage Auctions, James Gannon, said these hand painted messages are what makes this chair so valuable as the chair itself is of little worth. The chair’s new owner has chosen to remain anonymous, and previous owner and seller Gerald Gray plans to donate 10 percent to Rowling’s children’s charity Lumos.