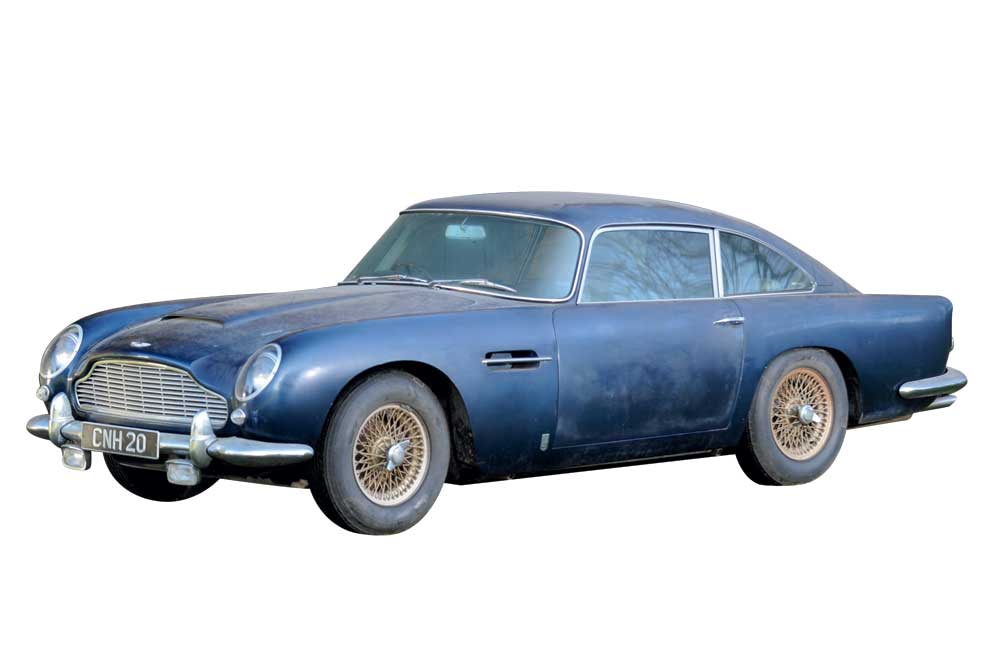 The Aston Martin centenary is celebrated with Champagne and canapés, while a discerning mouse finds an upmarket nesting place.

Some of us can be surprisingly careless with our precious possessions, sometimes even forgetting where we left them. It’s possible, for example, to forget where you parked the car. But would you forget that you own an Aston Martin? Some do, it seems, because Aston Martins are quite frequently found slumbering in barns, their owners being so preoccupied that time passes and they simply forget they left the Aston Martin in the barn.

When these neglected vehicles are finally remembered or rediscovered, they are described in the inevitable auction catalogue as “a barn-found classic car”, suggesting an especially attractive aged quality, not unlike cave-aged cheese.

But for auctioneers, newly found Aston Martins are all in a day’s work. James Knight, Group Motoring Director, says blandly: “The Bonhams Motor Car department has handled the sale of numerous ‘barn-find’ Aston Martins over the past 15 years.”

“Numerous”! Why is it that so many Aston Martin owners are so forgetful, and why do so many also own barns? These questions have yet to be answered.

The latest original-condition “barn-find” is an Aston Martin DB5 Sports Saloon. The owner remembers buying it in 1972 for £1,500, then, after a few vague years, parked it in the barn and forgot about it. The engine had not been started since that date, one result of which is that “evidence of a mouse nest made of shredded newspaper can still be seen in the engine bay”, Bonhams tell us.

The DB5 design was made famous as James Bond’s car in Goldfinger and other Bond movies. This barn-found model, said to be in perfect condition apart from the discerning mouse’s nest, is expected to sell for at least £200,000 when it comes under the Bonhams hammer in May. Experts say that the DB5 is one of the models that has led the strong value increases in the classic-car market, with the classic Aston Martin being at the top of the list, along with Ferrari.

By way of an interesting comparison, three years ago a 1960 Aston Martin DB4 Series Sports Saloon, once owned by Elvis Presley, was also discovered in “barn-found condition”. It, too, went under the hammer at Bonhams, realising £90,000.

This year Aston Martin is celebrating its centenary, with the first Aston Martin car being built by Bamford & Martin on January 15, 1913. Extensive celebrations throughout the year will include Champagne and canapés during the 24 Heures du Mans on June 21, while other less fortunate Aston Martins continue to collect dust in barns, waiting for their moment of rediscovery.