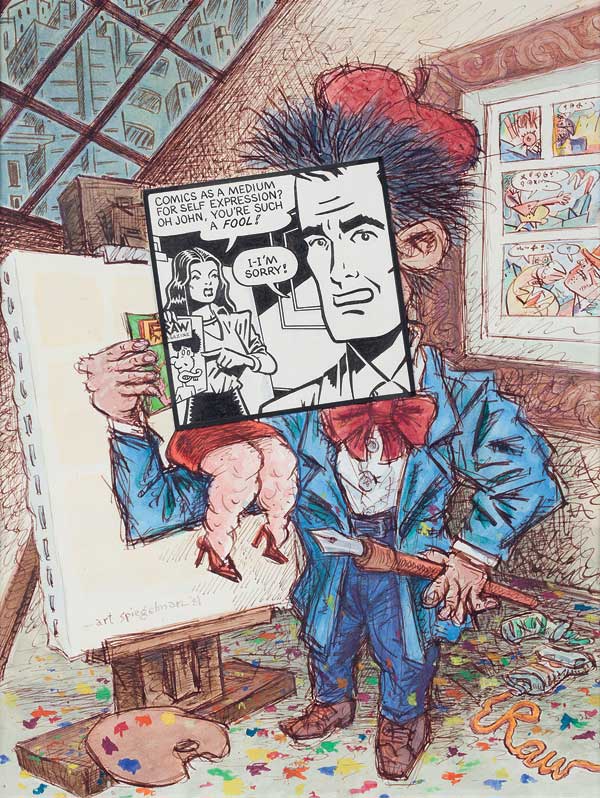 CO-MIX is presenting the first retrospective exhibition ‘Art Spiegelman Co-Mix: A Retrospective Of Comics, Graphics And Scraps’ of the acclaimed comic artist Art Spiegelman. It will include examples from all facets of his diverse career.

Tracing Art Spiegelman’s considerable artistic output, the exhibition includes more than 400 preparatory drawings, sketches, studies and panels relating to his early underground comix from the 1970s. His best-known and genre-defying work, Maus, and his more recent illustrations and comic art, including his powerful response to 9/11, In the Shadow of No Towers will be presented.

Beginning with his time as an art teacher at the San Francisco Academy of Arts in the late 1960s when Art Spiegelman first came into contact with the underground comix scene, the exhibition will include a selection of his contributions to the influential Arcade magazine while showcasing his wide range of artistic styles, strategies and how he developed dynamic new ideas.

David Bowie is Back