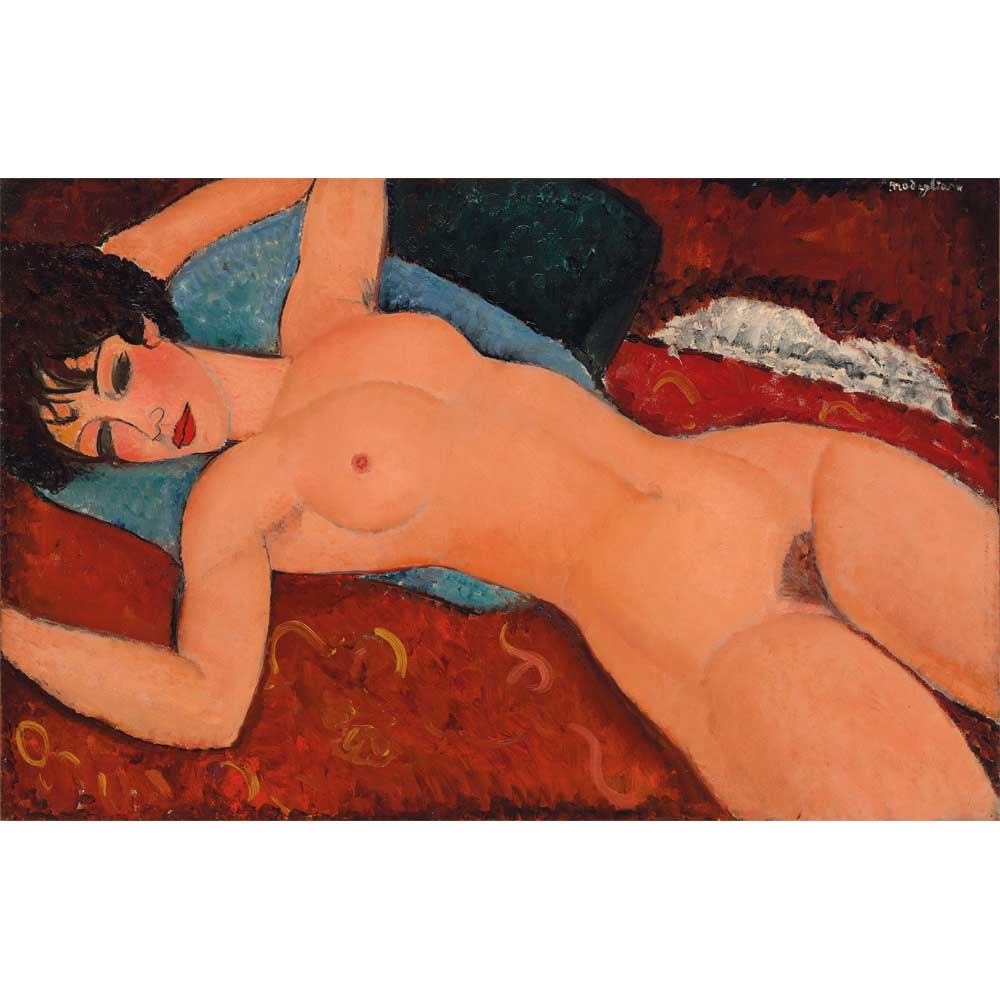 As with any investment, art investment comes with certain risks. The lure of record-breaking rewards on initial investments is enticing, but all savvy investors know where and when to rush in, and when to explore other investment avenues.

The global art market is currently thriving, with record-breaking sales of $53.7bn spent in 2015 according to the The European Fine Art Foundation (TEFAF). The U.S. tops the global art market, with China and the U.K. in joint second place. This, paired with the various news stories of exceptional success (for example, in 2013, Peter Doig’s painting The Architect’s Home in the Ravine sold at Christie’s for close to £8m —the seller initially purchased the painting for £314,650) can have us all dreaming of art investment reward.

However, art investment is a volatile market, especially when an artist’s popularity changes depending on circumstance: It’s a fact that the prices can soar if the artist dies; Amedeo Modigliani who had no success in his lifetime, often trading his paintings for food, and died poor—yet an oil painting of his—Nu couche (Reclining Nude)—sold for $170.4m at Christie’s in New York, November 2015, a sale which welcomed Modigliani into the exclusive club of deceased artists who have had a work sold at auction for more than $100m.

The prices can also soar if the artist dies unexpectedly, igniting a panic, which can see prices rocket. However, for this to happen the artist has to be relatively well known to begin with—the bittersweet cliché of the starving artist achieving post-mortem fame and success is not a regular occurrence.

Although there are certain influences to look out for when considering art investment (provenance, rarity, authenticity, competition from rival bidders…) there are no set rules for successful investment in fine art—the repeated advice is to invest in what you love, with many experts in the field advising that art should never be bought for investment, but for pleasure and enjoyment. Patrick Connolly, a financial advisor at Chase de Vere, advises: ‘For most people who like art, the most sensible approach is probably to buy something they like and can afford, and, first and foremost, be prepared to keep it just for their own pleasure’.

Although an attractive choice, many investors look beyond fine art. Research by a team from the University of Cambridge, HEC Paris and Vanderbilt University, Nashville, Tennesse, shows that in terms of investment, red wine outperformed fine art, government bonds and stamps throughout the 20th century. The research analyzed data from 36,271 transactions for five red Bordeaux wines (Haut-Brion, Lafite-Rothschild, Latour, Margaux and Mouton-Rothschild) from the sales room of Christie’s and wine merchant Berry Bros & Rudd, and discovered annualised real returns of 4.1pc on wine from 1900 to 2012. Elroy Dimson, visiting professor at the Cambridge Judge Business School, said: ‘Life is a little unfair, and wealthy people who buy these assets—in this case wine—if they keep half to drink and sell half, maybe the half they sell could pay for the wine they drink.’

Another alternative to art investment comes in handbag form, specifically the celebrity-favoured Hermès Birkin bag. A new study from website Baghunter has predicted the value of a Birkin bag will double over the next 10 years, thus making it a ‘historically safer investment than the US stock market’, and the value has increased at a faster rate than gold: since 1980, gold has depreciation in value at a rate of 1.5 percent a year. The Birkin bag went up by 14 percent. However, the bag (named after Jane Birkin, who happened to be sat next to the chief executive of Hermès on a flight and complained about how she couldn’t find a weekend leather handbag) is incredibly difficult to obtain. It’s perpetually ‘sold-out’, and has a six-year waiting list compiled of the world’s rich and famous. At auction, the bags sell for as much as $223,000, compared to their retail price of $60,00—the reward on this investment is enticting, but all investments come with certain risks.