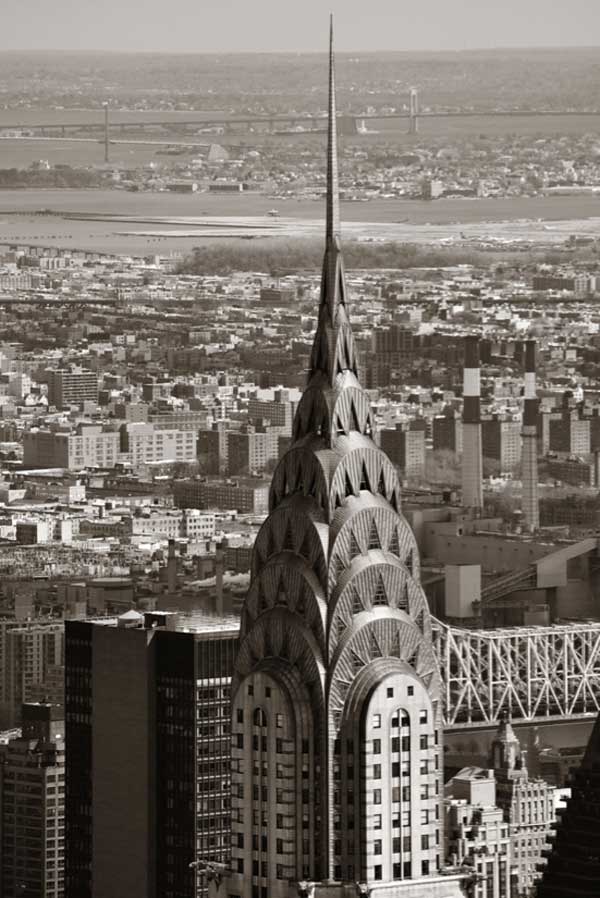 Flourishing in the 1920s, the bold Art Deco style took its name from the Exposition Internationale des Arts Décoratifs et Industriels Modernes held in Paris in 1925—an event that celebrated modernism and avant-garde styles in architecture and applied art.

Influenced by the geometric irregularities of Cubism, the bright colours of Fauvism, Serge Diaghilev’s Ballets Russes and the earlier Art Nouveau movement, Deco is an euphoric blend of many different artistic styles—often conflicting—that are neatly united by the desire to be contemporary.

The beginning of this exuberant style was connected to the rise in status of artisans: craftsmen and furniture, textile, jewellery and glass designers started to be considered artists in their own right. Art Deco fast developed into an international movement, spreading to the rest of Europe, the U.S., Russia, Asia and Latin America. The style represented sophistication in architecture and applied art—ranging from exquisitely manufactured objects made out of rare materials to mass-produced, streamlined items accessible to the ever-growing middle class.

Perhaps one of the most visible and best-known examples of the movement belongs to the iconic New York skyline. The Chrysler building, considered one of the finest in the Big Apple, is a classic model of the geometric, simple and angular shapes characteristic of the Art Deco style. During the 1930s, it took over Miami Beach, creating the area now famously known as the Art Deco district in Miami, Florida.

Deco painting was—by definition—decorative, and very few painters limited themselves exclusively to the movement. Tamara de Lempicka, a Polish artist born from an aristocratic family, is the painter most closely associated with the Deco style.

Her dynamic, geometric paintings—like La Musicienne (1929) and Idyll (1931) to name a few—garnered worldwide fame and recognition. Colourful and dramatic, the Art Deco style also translated to the graphic arts: magazines such as Vogue, Harper’s Bazaar and Vanity Fair used Art Deco’s bright and linear posters on their front covers, further popularising the artistic movement in the U.S.

Although Art Deco quickly went out of fashion during World War II, the 1960s brought with them a renewed interest in this distinct style. Today, Art Deco continues to be a beacon of inspiration for 21st century art, jewellery design and fashion.