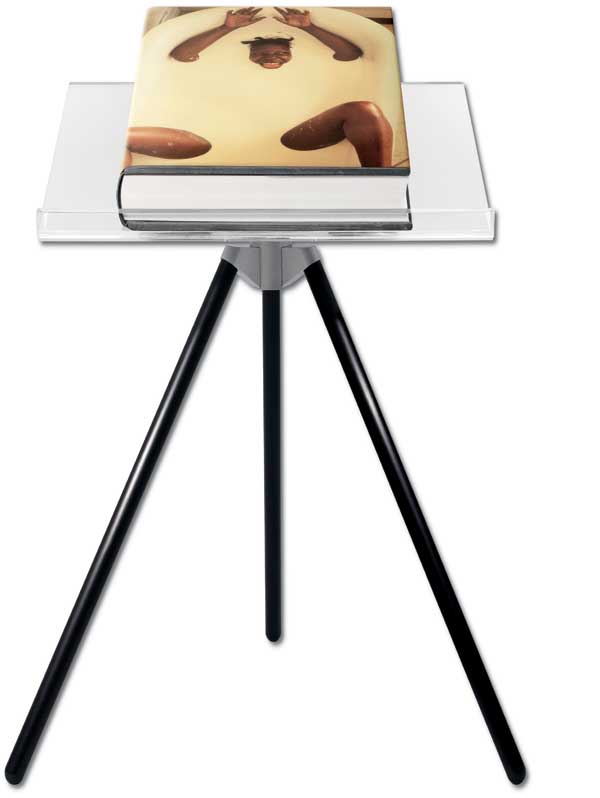 In this impressively sized volume (measuring in at 476 pages and 50cm x 69cm), Leibovitz follows in the footsteps of Helmut Newton to be asked by Taschen to create a monograph for the publisher’s SUMO series. Compiled by Leibovitz herself in a process that took several years, the publication features over 250 photographs spanning Leibovitz’s 40-year career, from her early days at Rolling Stone in the 1970s to her more recent glamorous shoots for Vogue and Vanity Fair.

Whilst many of the images chosen for inclusion are the iconic celebrity portraits for which she has become so renowned, particularly intriguing are the lesser known—and in a few cases never before released—photographs that Leibovitz has chosen to include. The first 1,000 numbered copies of the SUMO volume (out of the full 10,000 produced) have been released as the Art Edition, signed by Leibovitz and accompanied by a fine art print and the full set of all four dust jackets. All editions come with a Marc Newson designed book stand and an accompanying book of essays and reviews by Steve Martin, Graydon Carter, Hans Ulrich Obrist, Paul Roth and Leibovitz herself.

It is without a doubt the superlative guide to one of the world’s most recognised and celebrated photographers.