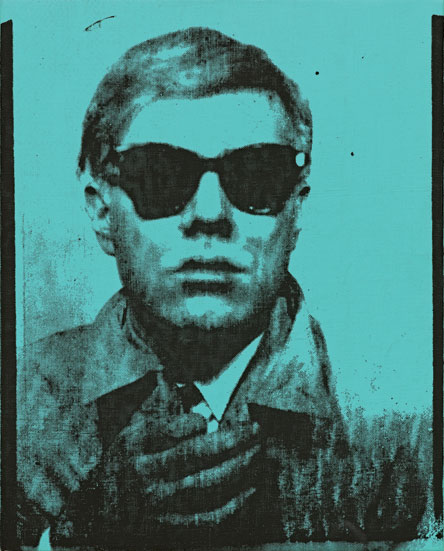 Andy Warhol’s Self Portrait will display at auction for the first time at Sotheby’s London on 28 June. The Self Portrait, which is predicted to make £7 million at auction, is part of the auction house’s Contemporary Art Evening in the U.K’s capital. Self Portrait, created in 1963-4, is a piece from his very first series of self-portraits where he began his interest in blending ideas of art and celebrity.

The piece was assembled using pictures reportedly taken at a dime store photo booth in New York city. He is captured wearing sunglasses, with a nonchalant expression. It marks the moment that Warhol cast himself into the limelight and in doing so forged himself as one of the most influential self-portraitists. The piece has been part of a private collection since the 1980s. It has been surrounded by a buzz of excitement within artistic communities ever since rumours of the auction began to circulate.

In an age where Instagram and Facebook are dominated with ‘selfies’, never before has Warhol’s work been more relevant. His obsession with stardom revolved around the premise that ‘in the future everyone will be world-famous for 15 minutes’. For that reason Andy Warhol’s Self Portraits have never felt more poignant than they do in the context today’s society. Sotheby’s senior specialist in contemporary art, James Sevier, remarked: ‘The artist’s first self-portraits—created using a strip of photographs taken in a New York dime store photo booth—have never felt more relevant to contemporary culture.’

By the time Warhol released his first collection of self-images, he had already become notorious for his distinctive depictions of Marilyn Monroe, Elizabeth Taylor and Elvis Presley. It was Ivan Karp, who suggested that he turn the focus onto himself: ‘You know, people want to see you. Your looks are responsible for a certain part of your fame, they feed the imagination,’ he said. Self-portraiture was a theme that Warhol returned to multiple times during the 1960s—and even during the decades after.

This collection’s aim to move the artist himself into the spotlight reflects the deep concerns Warhol had with mortality. By capturing himself within his work, he was preserving himself at that very moment—immortalising himself in an everlasting display case for the whole world to see.

The auction itself is set to be an unmissable event. Andy Warhol’s Self Portrait is predicted to make £7 million at auction, but we will have to wait until 28 June to know the full extent of its worth.