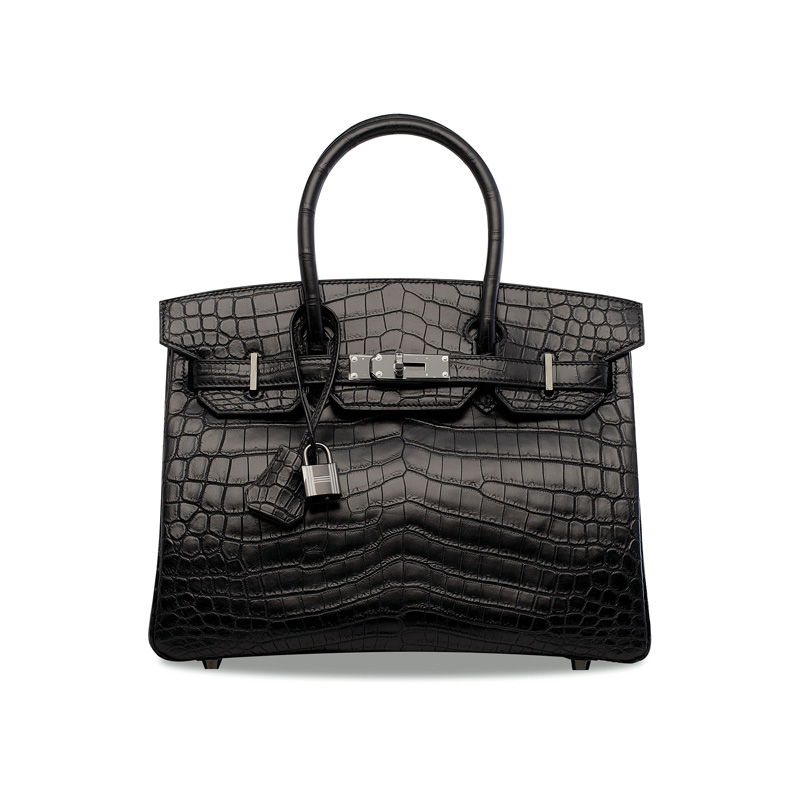 One of the most exclusive handbags in the world, the Hermès Birkin bag has a fascinating story behind its chance creation. It’s the year 1983; Jean-Louis Dumas—the then-chairman of the luxury brand—is sitting next to singer and actress Jane Birkin on an Air France flight from Paris to London. Jane drops her diary, stating that she has yet to find a handbag that is stylish as well as able to hold all of her possessions. Then and there, Dumas promised to have her dream bag made for her in his workshops. They began drafting its design on scraps of paper—the rest is history.

Flash forward some 35 years and the iconic bag is now one of the most lucrative avenues for long-term investment. According to baghunter.com, a website that sells luxury handbags, the Birkin has historically been a safer investment than the stock market. A status symbol for the ultra-rich, the luxury accessory’s popularity has been driven by its impeccable quality, long waiting lists, media attention and relationship between its relatively low supply to its stellar demand.

When investing in luxury handbags, quality should be seen as a valuable asset. It takes around 40 hours for a craftsman to produce the Birkin. The famous saddle stitch on which the brand’s reputation is based cannot be replicated by a machine, making the bag a truly handmade work of art. Limited-edition, one-of-a-kind pieces have historically always appreciated in value. Connoisseurs who have a solid knowledge of Hermès materials, models and shades will know a great find when they see one. To these discerning collectors, there is nothing better than stumbling across a bag with a ‘horseshoe stamp’—a clear sign that it was custom-made to the specifications of a top collector. According to Rachel Koffsky, associate specialist of handbags and accessories at auction house Christie’s, a horseshoe stamp can increase the auction estimate of a bag by up to 200 percent. Other personalised touches can include a contrasting interior, a brushed finish to the hardware or contrasting stitching. In 2017, Christie’s sold a custom Birkin with white gold and diamond hardware for a world-record price of £267,000, making it the most desirable bag in existence.

In addition to personalisation, there are other factors that can dramatically increase the value of a Birkin bag. Colour, material and design are three fundamental aspects that collectors should pay close attention to. It goes without saying that bags made out of exotic and rare leathers will appreciate in value—ostrich is one of the rarest and most eye-catching skins available, as is crocodile. However, prospective purchasers should keep in mind that some countries prohibit the importation of such items due to the fact that they are created with materials from endangered species.

In terms of colour, Hermès prides itself on the rigour of its dyeing process. According to Christie’s, all its leathers are dyed by highly trained artisans with near-military precision. At auction, pink and blue Birkins have historically achieved the highest values—collectors should keep an eye out for shades such as Rose Confetti, Rose Sakura and Bleu Saphir.

As is often the case in the luxury fashion industry, some specific designs are rarer than others. As nearly every model of the Birkin is held at a very low level of production, some are enormously difficult to find. One specific collection—which was designed by Jean Paul Gaultier during his seven-year stint as Hermès’ chief designer from 2003-10—seems to have achieved somewhat of a mythical standing. Currently one of the most desirable on the market, the So Black collection features a black hardware effect created by a PVD coating. When it was first released in 2010, it was quickly pulled from distribution due to the hardware’s delicate nature. It’s safe to say this only served to attract avid collectors.

How to store and care for your designer bags

While it’s true that most luxury bags appreciate in value over time, their worth may decrease if not kept in the best condition possible. Every time these handbags are used, they must be cleaned and emptied. Depending on their material, lint rollers, alcohol-free wipes or damp paper towels may be used to polish the surface. Once they’re clean, bags can be stuffed with acid-free tissue paper or bubble wrap—this will allow them to keep their shape. In terms of storage, these accessories must be placed in a breathable dust bag—or pillowcase—and separated from other items to prevent colour transfer and other blemishes. They should be stored in their original box or lined in a closet. •