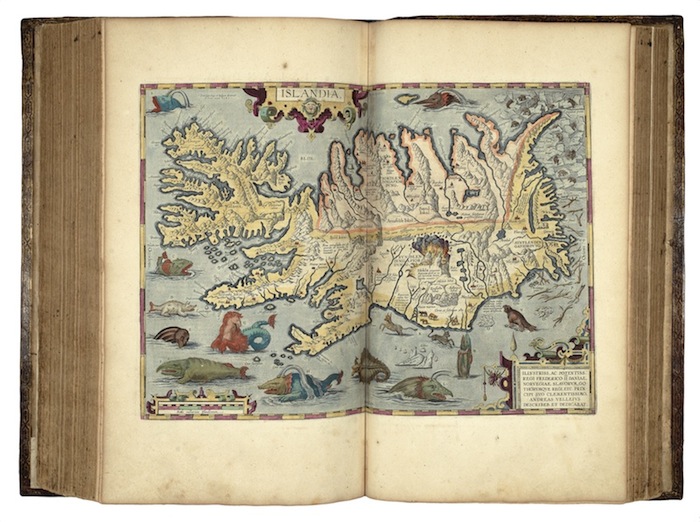 World-famous naturist and avid book collector Sir David will kick off the fair, which is open to the public and free of charge, at 12pm.

Ahead of its inaugural event, the fair’s organisers have revealed some of the sale’s highlights.

A fair for all interest levels, from serious collectors to those new to book collecting, it involves over 180 exhibitors arriving from every corner of the world from Australia to South America.

The international group will showcase an eclectic array of items including rare books, maps, manuscripts, prints, ephemera and original artwork.

This year, as year of the woman, the ABA is delighted to welcome a host of women booksellers to the fair.

They comprise Deborah Coltham and Laura Massey, both of Alembic Books, who specialise in science; Clare Trimming of Beaux Books, which specialises in rare art, design and style; Charlotte du Rietz and Janette Ray, who specialise in art, architecture and design; and Valerie Jackson of Quadrille, which has a special interest in royalty-related ephemera.

Other notable exhibitors include Maggs Bros, which was established in 1853 and is one of the oldest antiquarian booksellers in the world; Peter Harrington, the U.K.’s largest rare bookseller, founded almost 50 years ago; and Neil Pearson Rare Books, which is run by the British actor who has just acquired the archive of the late great Alan Rickman.

The fair’s highlights include Theatrum Orbis Terrarum by Abraham Ortelius, which is considered to the first true modern atlas published in 1603. It is on sale for £325,000.

Peter Harrington will offer the only known singed photographic portrait of Florence Nightingale c.1900. The portrait is on sale for £35,000.

The first separately published 1839 edition of Journal of Researchers by Charles Darwin is also on offer for £15,000.

Visitors to the fair will be encouraged to partake in a series of hands-on workshops including setting types and printing on historic presses with the St Bride Foundation; helping to create a text block artwork and watching the creation of an original artist’s book on evolution with Mark Cockram; watching the art of calligraphy by Andy Moore and a demonstration of traditional book binding by the Royal Bindery’s Apprentices.

Largest Modigliani Masterpiece to Sell for $150 Million at Auction