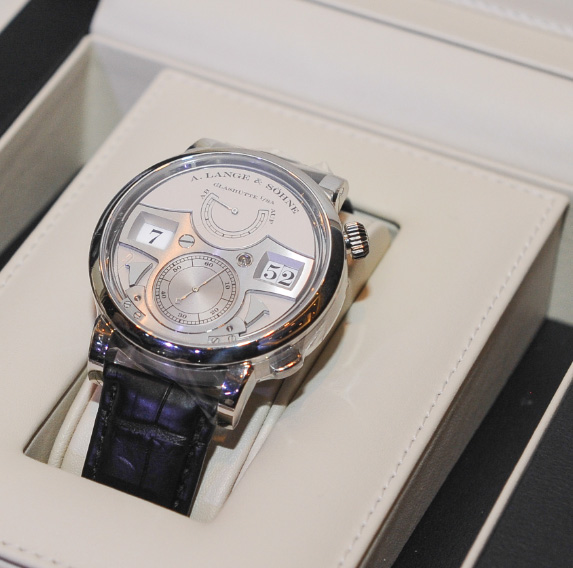 One of the world’s most sought-after luxury assets has seen a surge in second-hand sales in recent years.

The luxury watch market is unique in terms of its investment opportunity: huge monetary returns are highly unlikely and expensive timepieces often depreciate in value. That’s not to say that an investment isn’t worthwhile, though. In April 2017, the Sotheby’s Watches auction in London achieved a stunning grand total of £2,258,000. The highest achiever of the night was a Paul Newman Panda Rolex timepiece which went under the hammer for £272,750 (more than double its highest estimate). Close behind followed the sale of a George Daniels Millennium watch, which sold for £187,500 and a Lemania watch—once owned by one of Britain’s greatest prime ministers, Winston Churchill—that fetched an impressive £162,500 (more than six times its highest estimate).

The luxury watch market also saw a massive 6.3 percent rise in global exports in November 2017, up from the same time in 2016. An analysis by Technavio, in their report Global Luxury Watch Market 2017-2021, predicts that the global luxury watch sector will grow at a compound annual growth rate (CAGR) of 2.95 percent during the period of 2017 to 2021. The key brands driving this surge in growth, they predict, will include giants Rolex, Richemont, Swatch Group and LVMH. Rolex has historically always stolen the show when it comes to value appreciation and investment worth. Unapologetic in pricing, Rolex watches can sell (new) from anywhere between £5,000 and up into the millions.

These figures are promising, but the second-hand trade of luxury timepieces has been quietly disrupting the market in recent years, with a rapidly growing surge in trade. Chief executive of opulent watchmaker Audemars Piguet, François-Henry Bennahmias, told Reuters in January that ‘second-hand is the next big thing in the watch industry’. Known as the ‘grey market’, second-hand online retailers often use unauthorised sellers to bring nearly-new or barely-damaged luxury watches from the likes of Rolex, A. Lange & Söhne and Breitling for a fraction of their original retail price. This method of selling has been criticised within the industry for damaging the price integrity of the products and is largely steered by online third-party retailers including Chrono24 and The RealReal. To give an idea about the kind of discounts on offer, The RealReal currently display a diamond-studded Audemars Piguet Royal Oak (with moderate scratches) for a mere $9,450—approximately a third of the estimated retail price.

Previously, luxury watchmakers have largely eschewed the second-hand trade, fearing that participation would dilute the exclusivity of the brands themselves. But now, proprietors like the venerable Audemars Piguet have begun to respond to the changes in consumer behaviour. The Swiss watchmaker has said that it would be rolling out its second-hand business throughout several of its Swiss outlets, allowing customers to trade in their old Audemars Piguet watches in part-exchange for new or different models. Contrary to initial fears, this new business model may actually boost sales in full-priced assets.

Joining Audemars Piguet in its venture into second-hand retail is high-end watchmaker H. Moser & Cie, who plan to launch their second-hand website later this year. ‘It is important to control the sale of second-hand watches to protect the owners and the value of watches already in the market by keeping the “grey market” in check,’ said the company’s CEO, Edouard Meylan.

Analyst for Kepler Cheuvreux, Jon Cox, estimates that the size of the second-hand luxury watch market sits at around $5 billion, including watches sold at auction. Britain is one of the largest markets for pre-owned luxury watches, second only to the United States, according to American retailer Danny Govberg. Govberg, CEO of 100-year-old Govberg Jewelers, sells new watches for high-end brands including Rolex but has recently introduced second-hand luxury timepieces into its inventory. Govberg told news agency Reuters that the second-hand trade within his company had increased by around 30 to 40 percent year-on-year over the past five years.

Does this mean that new, first-issue timepieces will lose out? It’s doubtful; the global new luxury watch sector is worth more than $45 billion—over nine times the worth of the second-hand market. But it does mean that more vintage articles may be available than ever before for investment junkies.

As is largely the case with vintage jewellery, the provenance attached to the piece is pivotal in its success at auction—making second-hand timepieces all the more desirable in the auction room.

An Ageless Accessory: the Birkin Bag