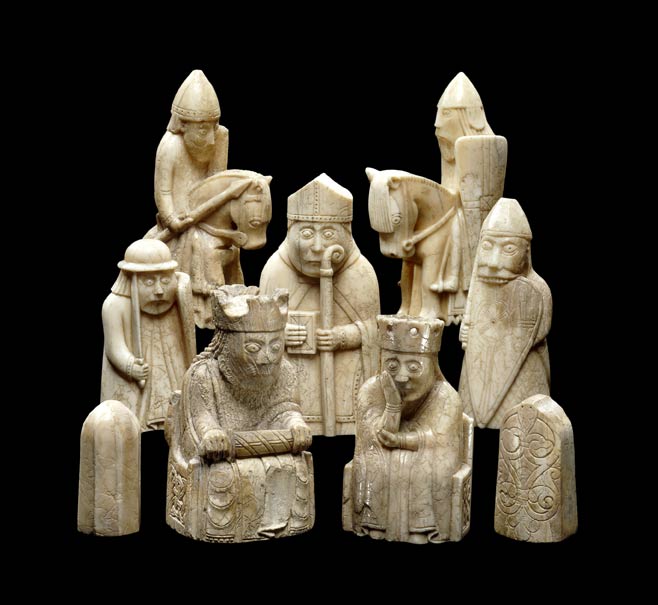 A History of the World in 100 objects, this was the title, inspired by Neil MacGregor, until recently Director of the British Museum, for the groundbreaking BBC Radio 4 series that explores world history from two million years ago to the present.

The objects featured in the series can be seen and their stories discovered in the British Museum’s galleries.

Pictured here is just one of the 100 objects: The Lewis Chessmen, an early chess set in which the figure of the bishop is present because that can’t be in the original (Islamic) game. The fact that you’ve got a bishop tells you something absolutely central about European society at that moment, when the church is part of all aspects of society including war.

• Neil MacGregor retired as Director of the British Museum in December 2015 after 14 years. The new Director, commencing this spring, will be Dr Hartwig Fischer, who is currently Director General of the Staatliche Kunstsammlungen Dresden).

Cannes Collection: All Your Heart Desires